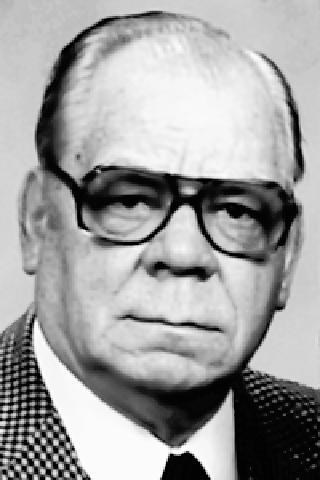 FUNERAL HOME
Dusckas Funeral Home - East (Buffalo Road)
2607 Buffalo Road
Erie, PA
Harold Albert Diehl, age 95, passed away on Wednesday, January 8, 2014 at the Pennsylvania Soldiers and Sailors Home. He was born in Erie on August 4, 1918, son of the late Charles and Rose Fields Diehl. He was a lifelong Erie resident.

Harold attended Academy High School and enjoyed traveling. He served in World War II, in the U.S. Coast Guard, serving in the American-European-African and Middle Eastern areas. He retired from Mayer Brothers of Erie. He was a member of Elmwood Presbyterian Church.

He was preceded in death by his wife, Agnes Wolfenden Diehl, whom he married on August 22, 1942 and several brothers and sisters. He is survived by one daughter, Marjorie Diehl Armstrong and several nieces and nephews.

Friends may call at the Dusckas Funeral Home, Inc., East, 2607 Buffalo Road on Tuesday from 12 Noon until the time of the funeral service there at 1 p.m. conducted by Rev. Harry Johns III. Interment, Wintergreen Gorge Cemetery. Memorials may be made to a charity of one's choice. Harold will be dearly missed by his family of friends and neighbors.

Published by Erie Times-News on Jan. 13, 2014.
To plant trees in memory, please visit the Sympathy Store.
MEMORIAL EVENTS
To offer your sympathy during this difficult time, you can now have memorial trees planted in a National Forest in memory of your loved one.
Funeral services provided by:
Dusckas Funeral Home - East (Buffalo Road)
MAKE A DONATION
Please consider a donation as requested by the family.
MEMORIES & CONDOLENCES
5 Entries
God Bless You Hub, you were a great friend and neighbor. Rest in Peace with Aggie :)
Kathi Kendrath
January 14, 2014
You were a true original Hub, and we loved you for it.
Unit D PSSH
January 14, 2014
May you rest in peace.You were a great friend and neighbor.I know you are in heaven with Aggie and my Dad (Howard).So many many great memories I have to cherish.The 3 of you can play scrabble and rummy cube and talk about fishing...
Beth Lock
January 14, 2014
Icky tickey tember, no sir member, harry harry booskie............god bless you Hub, you were a great man and a true friend to all..........Stevie
Steve Kendrath
January 13, 2014
God Bless Hub! Neighbor & Friend for half a century...R.I.P
Dan Kendrath
January 13, 2014
Showing 1 - 5 of 5 results