Atty. James P. "Jim" Lay, III, 74, of Fairview, passed away Friday at the Cleveland Clinic. Born in Erie, May 13, 1936, he was the son of the late Dr. James P. and Ann Willoughby Lay, II. He graduated from Strong Vincent in 1953 and attended Penn State Behrend. He earned a Bachelor of Science from Penn State main campus in 1957 and had the honor of being in one of the first law school graduating classes at the University of Pittsburgh, earning his LLB in 1960. Jim joined the Army, serving from 1960 to 1962 and served in the Army Reserves until 1964. He was admitted to the Pennsylvania Bar Association on March 18, 1963; was Special Assistant Attorney General, 1964-1971; was a member of the Erie County Executive Committee, 1989-1992; (President Elect, 1994; President, 1995) and Pennsylvania Bar Associations; Western Pennsylvania Trial Lawyers Association; Pennsylvania Association for Justice, (Member, Board of Governors, 1978-1992); the American Association for Justice (Member, Board of Governors, 1990-1992); NW Pennsylvania American Inns of Court (Vice President, 2001-2002; President, 2003-2004). He was selected as a Pennsylvania Super Lawyer for Personal Injury during 2006 and 2007, and Fellow American College of Barristers. He was a partner in the Gifford, Lay & Steele Law Firm and later established Lay Law Firm. He was a member of the Kahkwa Club and the Erie Club Jim was preceded in death by his parents; a sister, Shirley Lay and his mother-in-law, Evanette Long. Surviving are his loving wife of 28 years, Darlene Long Lay; his children, daughter Duryea "Dee" Gette and husband Dr. Richard Gette of Fairview and their four children "dearly loved by Papa" (Chelcie - Gabby â€" Richard James "RJ" â€" Lexie); son Todd Lay & wife Thao, of Katy, Texas; also survived by three sons David Lay, Erie, Jeff and Judy of Erie and James P. Lay of Annapolis, Md.; and two grandchildren, Bryan and Karlee; two sisters, Gay Kline, husband LaVerne, Volant, Pa., and Victoria Desta, husband Frank, of Huntsville, Ala.; his father-in-law, Rev. Walter T. Long, Erie; his in-laws, Walter and Mary Ellen Long, McKean; William and Martha Lambright, Erie, and Daniel and Marjorie Bowden, Charlestown, S.C., and several nieces and nephews. Also survived by his dedicated secretary of 40 years, Agnes Billisits, of Erie In his personal life he was a passionate fan of Penn State, loved Big 10 football. He enjoyed travel and planning road trips, especially his annual trip to Florida with his loving wife. Jim was also an avid reader, often finishing a book within a week. He loved the holiday season, preparing Thanksgiving dinner with his wife, and surprising his family with gifts on Christmas Eve. He always contributed to a needy family during Christmas. He was a dearly loyal and dedicated friend to all that knew him and Jim loved music and was a supporter of the Erie Philharmonic. He believed in higher education and would provide funds for many seeking a college degree. He looked forward to spending time at hunting camp with his buddies. He enjoyed completing electrical projects as a hobby for himself and others. He was proud of his accomplishment of transforming the Jarecki Mansion on West 6th Street into the Lay Law Building, acting as general contractor, along with Laughlin Builders. Even with his busy professional schedule, Jim was a proud supporter of his grandchildren's many activities. He said he had become a "groupie," following his granddaughter Chelcie Gette's singing career. He never missed a Fairview H.S. football game or his grandson RJ's basketball games and Lexie's dance recitals. He was passionate about the field of law, working up to seven days a week for his clients and always took time to help other attorneys. In his younger years, Jim was a competitive swimmer for Strong Vincent H.S. and worked as a lifeguard at Presque Isle State Park during his college years. He played basketball for Penn State Behrend, and later in life competed in sailboat racing at Erie Yacht Club; he also enjoyed golf. Jim will be sadly missed by family and friends. "WE LOVE YOU JIM." A scholarship will be dedicated for Penn State Behrend in his name. Calling hours at Brugger Funeral Homes & Crematory, LLP, 1595 West 38th at Greengarden, Tuesday from 2 to 4 and 7 to 9 p.m. with special hours for attorneys and the bench Tuesday from 4 to 5:30 p.m.; and Wednesday from 2 to 5 and 7 to 9 p.m. Calling Thursday from 10 a.m. until the Funeral Service at 11 o'clock at Erie First Assembly of God, 8150 Oliver Road. Rev. Larry Albanese will officiate. Interment at Laurel Hill Cemetery with full military honors. Condolences at www.bruggerfuneralhomes.com Memorials are suggested to the James P. Lay, III Scholarship Fund at Penn State Behrend.

Published by Erie Times-News from Aug. 29 to Aug. 30, 2010.
To plant trees in memory, please visit the Sympathy Store.
MEMORIAL EVENTS
To offer your sympathy during this difficult time, you can now have memorial trees planted in a National Forest in memory of your loved one.
MAKE A DONATION
MEMORIES & CONDOLENCES
25 Entries
To the Family:
May Gods' grace grant you peace in this difficult time. God Bless you.
Jim was very good to my daughter, Heather Melms. I remember she attended some of the annual picnics that Jim had. She attended with her Grandfather, William Melms. I remember listening to Heather speak of all the fun and of how very nice "Mr. Lay" was to her. I know that Jim touched Heather and made a difference in her life. She will always have fond memories of him. From a greatful Mother, Thank you Mr. Lay. May God grant you peace.

Kimberly L. Watkins-Melms-Mrozowski
Kimberly Watkins-Melms-Mrozowski
September 4, 2010
Darlene, I am sending my sincere sympath and prayers of peace and healing in this time of grief.
God's Many Blessings
Barbara Brozell/Guelcher
September 4, 2010
Gay , We are sorry to here of your brothers passing. Our prayers are with you. Jerry & Peggy Hewel
September 1, 2010
Darlene,
I just noticed your husband's passing on the Academy website. Please accept my condolences and wishes for strength in these trying times. Pat
Pat Quinn
August 31, 2010
He was a dear friend to myself and my husband and he will be dearly missed. May God bless him and rest in peace Jim. Sympathy to his family.
Betty Snyder
August 31, 2010
Dear Beth and family so sorry for your loss
Family Russell
August 31, 2010
Our prayers for the family of Jim, went to Behend with Jim, always was a wonderful person, very sorry.
Raleigh hesley
August 31, 2010
Darlene & Family, So sorry to hear of Jim passing, Our thoughts and prayers to your family.
Skip - Sally - Diane Chambers
August 31, 2010
Deepest condolences on your loss. I met Jim in the hospital and was struck by his character, in spite of his illness. God Bless.
Cheri Owens
August 31, 2010
Dear Family,

My condolences for your loss, Jim was such a great guy, quick witted, extremely smart and competent, always giving the best of advice as if you were one of his family. I and my family will miss him.
Art Leopold
August 30, 2010
Dear Darlene & family..We are so sorry to hear of Jims passing. Have great memories when the two of you & friends came on the boat for a cruise. So many laughs...I could see how much he loved you..his eyes lite up just looking at you that day...Just take it one day at a time to handle this terrible loss...I am sure he has his hand on your shoulder... 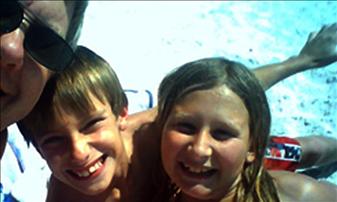 Darlene and family, Jim will always have a special place in our hearts. My family exists because of him....words could never express both our gratitude and our deepest sympathy.
Eric Rohde
August 30, 2010
Vikki and Family,
You have our condolences on the passing of your brother Jim. Our thoughts and Prayers are with you and your Family.
Rich & Cheryl Testi
August 30, 2010
Dave and Family,
Tyson and I are so sorry for your loss. The loss of a Parent,Spouse and Friend is never an easy one to bear. Our prayers are with you and your family during this time of mourning.
Tyson and Hope Papucci
August 30, 2010
Erie will never be the same again. I will miss you
Rob Seelar II
August 30, 2010
Darlene, Judy and Families,
So Sorry to hear of Jim's passing. As Darlene's former classmate and Judy's former Co-worker I wish you all well and hope your happy memories help you through this tough time. My prayers and thoughts are with you. It would be so nice to hear from you again Judy if you would like to talk. I just lost my Mom in April so I know a little of what you are going through.
Best Always,
Carole Blakeslee
August 30, 2010
Darlene: I was deeply saddened to learn of Jim's passing. You have our deepest sympathy. I will miss seeing him at our class functions. Please know that you and your family are in our thoughts. God bless Jim, and all of you. 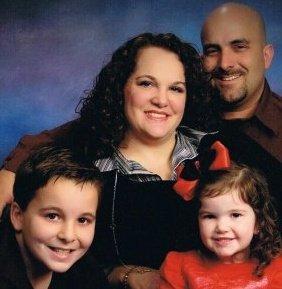 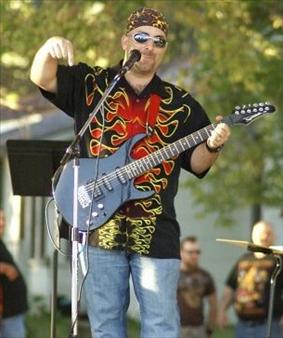 Andrae Belec
August 29, 2010
uncle Jim,
Thank you for opening your door to me in 1990 as I traveled abroad. You have been an inspiration to me for years. My wife Becky and I, kids, Timothy and Melody, grieve with the Lay and Long family. We hope to see you all soon. Uncle Jim, will be missed by all of us, but, we will see you soon. Welcome home!
Andrae Belec
August 29, 2010
Darlene and family,
We were very sorry to hear of Jim's passing. You are in our thoughts and prayers. If there is anything at all we can do, please don't hesitate to call.
Stephen and Adriana (Langer) Cocke
August 29, 2010
Darlene, my condolences on the loss of your husband. I hope you will be ok
Harry J. Mulder
August 29, 2010
Darlene and Family
I was so sorry to hear about Jim. You all have my deepest sympathy. Jim was a great man and attorney, he will truly be missed.
Chris & Pete Pallotto and family
August 29, 2010
Showing 1 - 25 of 25 results