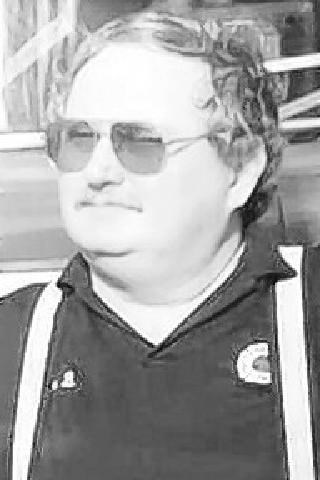 Joe was a 1968 graduate of Farrell High School and went on to attend Gannon College, where he was a member of the Alpha Phi Delta fraternity. He was a proud firefighter with the City of Erie Fire Dept. with 30 years of service, having joined the force in 1974 and retiring in 2004. Most of his service was based out of the South Central Station on Peach St. where he was the driver on Engine #6 and where he enjoyed being the station cook. Joe was instrumental in the ever-changing pink flamingo displays out front of the station in years past. He was also one of the City's first EMTs. A member of Erie Fire Fighters Local 293, he had served as both past president and vice-president.

Joe was a licensed aircraft pilot; an accomplishment of which he was proud. He was a member of the Gem City Gun Club and the U.S. Practical Shooting Assoc., having served as a range officer. In addition, Joe was involved in local community theater, including shows at the Erie Playhouse, Performing Artists Collective Alliance and All An Act Theatre Productions. He enjoyed boating, was an avid reader and huge science-fiction fan, motorcycle enthusiast and an all-around mechanically inclined individual who enjoyed tackling just about any fix-it projects.

In addition to his father, Joe is survived by the love of his life and best friend, Betsy A. (Powers) Butoryak; his two sons, Matthew Butoryak (Jennifer) and Brian Butoryak; one grandson, Dustin Butoryak; one sister, Kate Butoryak (Tim Shuffstall); as well as nieces and nephews.

A celebration to honor Joe's life and legacy will be announced at a later date. The family suggest memorial contributions be designated to the PACA Green Roof Fund, 1505 State St., Erie, PA 16501. Funeral arrangements were entrusted to the care of Dusckas-Taylor Funeral Home & Cremation Services, Inc., Harborcreek.

Published by Erie Times-News on Jun. 7, 2020.
To plant trees in memory, please visit the Sympathy Store.
MEMORIAL EVENTS
To offer your sympathy during this difficult time, you can now have memorial trees planted in a National Forest in memory of your loved one.
MAKE A DONATION
MEMORIES & CONDOLENCES
14 Entries
Our love and sympathy for goes out to Betsy and her family. Joe was the kindest man with a great sense of humor. A caring person that was a great listener. Sydni and I both were in plays with him and enjoyed seeing him in other shows as well. His marriage to Betsy was beautiful and inspirational. They had both a special friendship and love.

Teni and Sydni Siano
Friend
June 22, 2020
o sorry for your loss
Jack kennedy
Friend
June 10, 2020
May God bless you and your family in this time of sorrow.
Rose Lanzo
Friend
June 9, 2020
SO sorry for your loss. I enjoyed being in a play with Joe at PACA.
Cynthia Leopold
Acquaintance
June 8, 2020
I will always remember Joe as my first true friend. Rest In Peace. Condolences to the family, he will be missed.
Rudy Schuller
Friend
June 7, 2020
Joe was one of the nicest, kindest, people I ever knew. I remember how close Chet and Joe were. I remember all the time the two of them spent on those flamingo's. Very sorry to hear of Joe's passing, prayers to you Betsy and your family.
Karen Tucholski
Friend
June 7, 2020
Betsy and family,
I am so sorry for the loss of Joe. In the brief time I knew him, he was a fighter. I enjoyed seeing him at the Y and when he could join my class. I pray for your healing, Betsy. I know it will be hard, please lean on your family and friends for support. I am here for you. My sincere condolences.
Prayers,
Lisa S.
Lisa Schroder
Friend
June 7, 2020
Doc and I were Freshman living in Wherle Hall 68-69 and later in the APD house. Doc was usually stirring up the house with ideas on pledge duties.

Ted
Ted Kubicki
Friend
June 7, 2020
To the family of Joseph Butoryak, you have my deepest sympathy....Joe was my classmate "1968".....I personally always enjoy hearing Joseph do our P.A.. Announcement...Im sorry for your loss.
Norene Short Holden
Classmate
June 7, 2020
Betsy and family, from all of us at the office, you have our deepest sympathy, he will be missed. Dr.V
Eric VanDamia
Friend
June 7, 2020
Condolences to The Family and my deepest sympathies.
Chad Geiger
Coworker
June 7, 2020
Betsy, it is so hard to put into words what I want to say. Just find comfort in the fact that you were blessed to have had such a long relationship with the love of your life! Many people go through life never meeting that special someone. I know you are grateful that you did and had many happy years together. God bless you and your family! Denise Benim, OLMC choir.
Denise Benim
Friend
June 7, 2020
So sorry to hear this. I knew Joe as a brother of Alpha Phi Delta.

In the Bond of Alpha Phi Delta

John Hadgkiss
Beta Rho 66
John Hadgkiss
Friend
June 7, 2020
My deepest sympathies to Betsy Matt and Bryan.I share in your grief.Joe was a very good friend to me,we worked together for many years.I will always have the fondest memories of my brother firefighter.Joe,you are in my heart and my prayers.Godspeed Brother.❤
Fred Kaeberlein
Brother
June 7, 2020
Showing 1 - 14 of 14 results