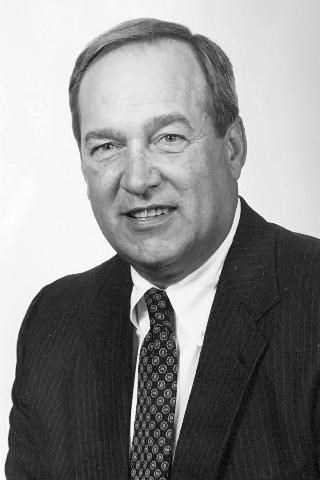 He was preceded in death by his parents, Mary and Joseph Pohl, Sr. and his in-laws Kathleen and Barney Sedelmyer, all of Erie, as well as his daughter, Mary Kathleen "Katie" Dopirak.

Tippy was born on June 30, 1945 in Erie. A 1963 graduate of East High School, he earned 16 varsity letters in football, baseball, golf, basketball and track. The Pennsylvania Sports Hall of Fame, Erie Chapter inducted him in 1995 as Erie's premier scholastic athlete of his era.

From many football scholarship offers, Tippy chose the University of Pittsburgh, where #11 was a 3-year starter as a hard-hitting safety from 1964 to 1966. He was a proud Panther, as Pitt provided the foundation for numerous lifelong personal and professional relationships. After earning his B.A. in 1967, Tippy began in sales with RCA, before moving into the investment business, where he worked with Merrill Lynch, Paine Webber/UBS and Morgan Stanley. A true student of the stock market and classic stockbroker, he regularly achieved top producer status.

Golf was Tippy's passion, and he was a strong but affable competitor known for his go-for-broke approach and clutch putting. He grew up playing at Lawrence Park Golf Club, and frequently returned to Erie to participate in the Erie Charity Classic and the Kahkwa Club's annual member/guest tournament. A longtime member of Longue Vue Club and Oakmont Country Club in Pittsburgh, Tippy won LVC's senior club championship twice, was a four-time LVC club championship finalist, captained LVC's Diebold Cup interclub tournament team for many years, co-founded the McLaughlin Cup senior interclub tournament and captained LVC's team.

In addition to golf and the company of family and friends, Tippy loved breaking the rules, competing, his late Jack Russell terrier Samantha, cigarettes, vodka, jazz, gin rummy and Pitt football. He was a character with character.

In lieu of flowers, memorial donations may be made to the Creutzfeldt-Jakob Disease Foundation www.cjdfoundation.com (click Fundraising, then photo). Please leave condolences at www.schellhaasfh.com.


Published by Erie Times-News on Jul. 13, 2021.
To plant trees in memory, please visit our Sympathy Store.
MEMORIAL EVENTS
Jul
25
Visitation
1:00p.m. - 5:00p.m.
Schellhaas & Sons F.H. & Cremation Svcs., Inc. - Franklin Park
1600 Stone Mansion Dr., Franklin Park, PA
Jul
26
Funeral Mass
10:30a.m.
St. Mary of the Assumption Church
Glenshaw, PA
Funeral services provided by:
Schellhaas & Sons F.H. & Cremation Svcs., Inc. - Franklin Park
MAKE A DONATION
MEMORIES & CONDOLENCES
Sponsored by Schellhaas & Sons F.H. & Cremation Svcs., Inc. - Franklin Park.
5 Entries
My deepest condolences to the Pohl family on Tippy's passing. I have fond memories of the time I was around Tippy when growing up. He was someone I always looked up to. He will be in my prayers.
Dennis McGraw
Family
July 20, 2021
We are praying for peace and comfort in this most difficult time.
Mark
Friend
July 16, 2021
RIP ! IT WAS A PLEASURE TO KNOW YOU ANDTO PLAY ALL THE SPORTS AT EAST YOU WILL BE MISSED
john j alecci
School
July 15, 2021
Ellen, I am so sorry to hear of your loss. Words are always so inadequate at a time like this. Although it has been decades since I have seen Tippy, it is easy to call up memories of playing football together in Wayne Park or on Rosedale Avenue, or by St. Ann's. Your 52 year marriage is a wonderful accomplishment. I am sure that wellspring of good memories will help you in the hard days ahead. I wish you strength and courage for each tomorrow.
Martin Crowe
Friend
July 15, 2021
One of Series all time greater...love you Tippy
Jon Christensen
July 13, 2021
Showing 1 - 5 of 5 results