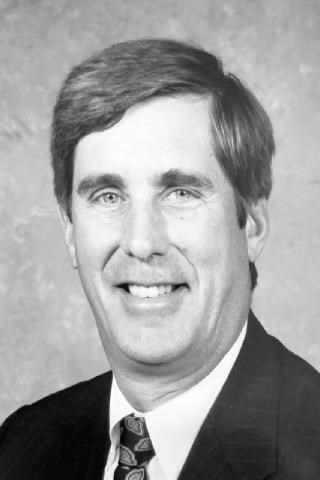 Born and raised on Erie's Eastside, he attended Holy Rosary Grade School before going on to Cathedral Prep, graduating in 1966. Larry went to college at Gannon University where he became a brother of the Delta Sigma Phi fraternity. After graduating from Gannon University, Larry went on to the University Of Akron School Of Law, earning his law degree in 1975. He returned to Erie and joined the Quinn Law Firm, where he became partner in 1985. Larry officially retired from practicing law in September 2019.

He will be remembered as a generous, caring and kind person who would do whatever he could to help a friend in need. He was known as the master of ceremonies and pied piper who made sure there was fun wherever he went. He loved fireworks, fishing, the beach, The Browns, his friends and family.

On October 10, 1970, Larry married Carlene Elizabeth Larson. Together they had three children, Daniel, Mary Jane, and Ann. They shared a beautiful life full of travel, family and good friends until her death on December 1, 2019.

He was preceded in death by his wife, Carlene (Larson) Bolla, his father, Leonard Bolla, and his mother, Geraldine (Hammann) Bolla.

Due to Covid-19, Services and burial will be held privately. A proper celebration of his life will take place at a later date when it is safe to gather again.


Published by Erie Times-News from Dec. 15 to Dec. 16, 2020.
To plant trees in memory, please visit the Sympathy Store.
MEMORIAL EVENTS
To offer your sympathy during this difficult time, you can now have memorial trees planted in a National Forest in memory of your loved one.
Funeral services provided by:
Quinn Funeral Home., Inc. - Erie
MAKE A DONATION
MEMORIES & CONDOLENCES
Sponsored by Quinn Funeral Home., Inc. - Erie.
23 Entries
To the Bolla Family,
I am very sorry for your loss. I enjoyed working with Larry over the past 10+ years and more importantly getting to know him personally. Larry was a great guy and I had the pleasure of going to a couple of Cleveland Indians game with him and having many laughs with him over the years. We worked very hard on our client projects but always seemed to have fun along the way. Larry will be missed. Be safe and God Bless.
John Lombardi & the HBK Team
John Lombardi
Friend
December 21, 2020
To Larry's Family,

Betsy and I were so sorry to hear that Larry had passed away. Larry and I were classmates at Prep, Gannon (where we were fraternity brothers) and the University of Akron Law School. We even roomed together in Pittsburgh during the bar exam cram school. His wonderful wife, Carlene, lived close to where I grew up. Larry was not just an outstanding lawyer. From our days at Prep, I knew him to be intelligent and an extremely hard worker. He could party with the best of them and knew how to enjoy life. He loved his family and his friends and leaves behind a legacy of many friends and colleagues who are better for knowing him.
May God comfort you at this difficult time with the warm memories of the lives you shared with him.
Ernie and Betsy DiSantis
E.DiSantis
Friend
December 18, 2020
Larry C. Bolla was a very close friend of our Holy Rosary grade school and Cathedral Prep high school gangs. He was always cheerful and had many fun ideas to keep us all on our toes. When he began law school at the University of Akron in 1970 or 1971, we unfortunately lost contact as we still lived in Erie PA. We later moved to the Akron area, but by then he moved back to his law practice in Erie. May the love of friends and family carry you through your grief.
Jack and Charlene (Kohler) Antalek
Jack and Charlene Antalek
Friend
December 17, 2020
My Sincere Sympathy and Deepest Condolences to your Entire Family. Larry was an Incredible Friend and an inspirational college roommate, mentor and Fraternity Brother. I will always CHERISH the many memories of Lurch and NEVER FORGET the Wonderful and Crazy times that we had together during our college years. He truly will be missed and always LOVED. YITBOS and RIP Lurch.
Sonny Schaukowitch
Brother
December 17, 2020
Ann, Jack & Bolla's, Deepest condolences on passing of Brother & Father Larry. He had a wonderful witty sense of humor who always saw the glass as "half full". Whenever we think of him you'll see a smile.

Julie & Scott McCain
Scott & Julie McCain
Friend
December 17, 2020
RIP to the good Dr...many good times in the Georgian Bay fishing. He was a force.
Tom Nolan
Friend
December 16, 2020
I remember when Larry and I occasionally got "Corrected "by a couple of the sisters at Prep. They could hit like Mike Tyson but that did not deter us. God bless you Larry and all my condolences to your Family.
Larry was a great guy. Can't say that about too many people.

Frank Bugaj
Norton, Massachusetts
Frank Bugaj
Classmate
December 16, 2020
Dear Family of Larry,
I was very saddened to read about the passing of dear Larry.
We have been friends for many years, and I recall what a beautiful family he and Carlene raised together. I remember when Mary and Anne were students at Erie Day School and how proud he was of their achievements. And, to Ann Quinn, I am sorry for the loss of your dear brother. The last time I was with Larry is when we sat together with family last January at Mary Ann Toohey's memorial luncheon at EYC. He was still grieving the loss of dear Carlene. He has been an inspiration to so many of us. With much love and sympathy, Helen Keim Schneider.
Helen Keim Schneider
Friend
December 16, 2020
I am so sad reading about Larry. Thoughts and prayers to all of you. Carleen and Larry were part of a wonderful group of friends that I am lucky enough to have known most of my life. Hearing his name will always bring a smile to my face. Love, Colleen Heher Kerr
Colleen Kerr
Friend
December 16, 2020
My condolences to the Bolla family. Larry was a wonderful man. May his memory be eternal.
Fran New
December 15, 2020
My deepest sympathies to your entire family...May the love of friends and family carry you through your grief.
Lucia Scutella Humes
December 15, 2020
Larry had a long and great legal career. Deepest condolences to his family and also to his partners at the Quinn Firm.
Christine McClure and Perry Baker
Friend
December 15, 2020
A very heartfelt sympathy to the Bolla family. It was always a pleasure to see Larry when in Erie.
He’s now with Carleen and the angels.
God bless you all.
Bob keffer
Friend
December 15, 2020
Our sincere condolences to Daniel, Mary Jane and Ann.
May friends and family find comfort in loving memories.
Larry and I attended GannonUnivetsity together.
We both moved to Ohio. Larry and Carlene returned to Erie, I stayed.
we remained true to the Cleveland Browns.
Delta Sigma Phi brothers forever.

Mark and Peg Rowland
Westlake, Ohio
Mark and Peg Rowland
December 15, 2020
My sincere sympathies to Larrys' children and family. Larry was a good attorney and friend. We shared a lawyer attorney room and secretary together at the Quinn Firm on State Street in 1974-75. He will be missed. God rest his soul.
Joseph A. Yochim
Friend
December 15, 2020
Bolla Family, Danny, Mary Jane and Ann. Sorry for your loss. Your Dad was a wonderful person who enjoyed life. May he RIP. Tom & Madge
Thomas C Koscelnik
Friend
December 15, 2020
Sorry to learn of Larry's passing. Any time I saw or spoke with him, either legal issues or casual events, he always had a good laugh to share. I'm sure he will go on with his wisdom and humor in eternity.
Jerry Villella
Friend
December 15, 2020
I'm losing too many of my friends. "Lurch" was a class act. Always had a lot of laughs with him. Will never forget a golf outing I played in with him years ago at Gospel Hill GC. Being left handed, he hit his drive out of bounds to the left. I told him maybe he was right handed and that was why he was so bad. He then used my driver, hit from the right side, and promptly hit it out of bounds to the right. We cracked up. R.I.P. Lurch.
Steve Tetuan
Friend
December 15, 2020
My condolences to you. Larry was not only an excellent lawyer, he was a remarkable person. We need more of his caliber, and will miss him in the ECBA.
Judge and Mrs. Nygaard
December 15, 2020
To the Bolla Family my deepest sympathy.
I went to school with Larry at Prep, he was one of the good guys.
My deepest condolences.

Our condolences go to You and Yours. Celebrate Larry's life. We hope that the Peace of the Holiday Season is yours.
WILLIAM SMITH
Friend
December 15, 2020
To Larry's Family, Very sorry for your loss.
Jim Collins
Classmate
December 15, 2020
I offer my deepest sympathy and prayers for your family during this time of grief. Larry was a good man who made the world a better place. May your memories bring comfort and peace as you celebrate a life well-lived.
Craig J Heuser
Acquaintance
December 15, 2020
Showing 1 - 23 of 23 results