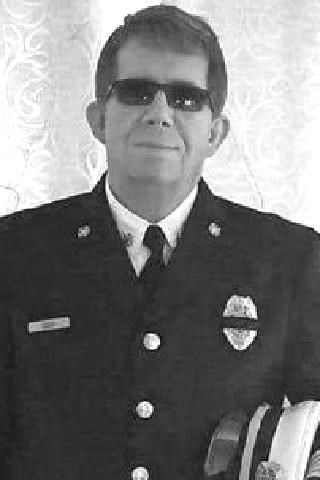 Norman H. Martin, 57, of Union City and Wattsburg died peacefully at the home of his "brother and sister-in-law" Darin and Jennifer Nuse, after a ten month battle with cancer.

He was born in Fairbanks, Alaska, on August 6, 1963 the son of Marilyn Seidl Martin of Erie who survives him and the late Raymond J. Martin.

Norm graduated from Union City High School in 1982 and joined the U.S. Army Reserves where he served with the 382nd MASH Unit as a Medical Specialist for six years. He later joined the U.S. Navy Reserves where he served for eight years as an HMC. He worked for Emergycare as a Paramedic for 33 years retiring only when he was stricken with cancer. He was one of only few Paramedics in the area to have completed the requirements for the National Registry of Emergency Medical Technicians, allowing him to practice anywhere in the country. He was licensed in Pennsylvania, Florida, Georgia and Tennessee. For most of his life, he also helped his stepmother at the Warthman Funeral Home, where he resided.

Friends may call at St. Teresa's Church, 9 Third Ave., Union City, Pa., on Friday from 2 – 4 and 6 – 9 p.m. and are invited to attend a Mass of Christian Burial there on Saturday at 1 p.m. with Rev. F. Thomas Suppa celebrant. Last Call and Full Military Honors will follow at the Wattsburg Hose Company, 14415 Route 8, Wattsburg, Pa. Burial will be in the family plot at Wintergreen Gorge Cemetery at the convenience of the family.

In lieu of flowers, Norm requested that donations be made in his memory to the Wattsburg Hose Company, 14415 Route 8, Wattsburg, PA 16442.


To plant trees in memory, please visit our Sympathy Store.
Published by Erie Times-News on Jun. 24, 2021.
MEMORIAL EVENTS
Jun
25
Calling hours
2:00p.m. - 4:00p.m.
St. Teresa's Church
9 Third Ave., Union City, PA
Jun
25
Calling hours
6:00p.m. - 9:00p.m.
St. Teresa's Church
9 Third Ave., Union City, PA
Jun
26
Mass of Christian Burial
1:00p.m.
St. Teresa's Church
9 Third Ave., Union City, PA
Funeral services provided by:
Warthman Funeral Home
MAKE A DONATION
MEMORIES & CONDOLENCES
Sponsored by Warthman Funeral Home.
5 Entries
Norm, you were a great guy and will be missed by many. I know I am one of the very many that learned alot from you over the years. Keep an eye on us all from above.
Tom Heyer
Other
June 26, 2021
Our deepest condolence to the family I met Norman several years back he always had a smile on his face he always picked on me calling short cake now you're a Firefighter Angle now you can continue to sever and protect others in heaven you going to be missed deeply Norman storman
Annette Williams
June 24, 2021
My prayers and condolences to Norm's family. I knew, and worked with him, over the years as a volunteer firefighter and state fire instructor. He was a very dedicated and caring person who served his community. He will be missed by all of us who knew him. RIP chief.
Paul Tate
Friend
June 24, 2021
Rest peacefully, Stormin' Norman. Your duty is complete, we'll take it from here, brother. Michelle Former EmergyCare co-worker and friend.
Michelle Chaffee (Vincent)
Work
June 24, 2021
I always enjoyed working with Norm at EmergyCare. Norm would do anything for anyone. He will be missed. Rest In Peace Norman.
Becky Thiele
Work
June 24, 2021
Showing 1 - 5 of 5 results