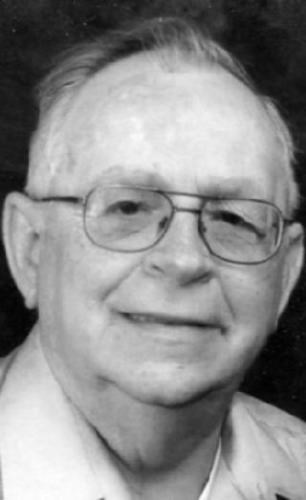 BORN
1941
DIED
2021
FUNERAL HOME
Dusckas-Martin Funeral Home
4216 Sterrettania Road
Erie, PA
Paul D. Bardwell age 80, of Summit Township, passed away at his home, surrounded by his family, on Sunday, June 27, 2021 following a longtime battle with C.O.P.D. He was born in Westmoreland County, Pa. on February 2, 1941 a son of the late Rodney and Mae (Soles) Bardwell.

In addition to his parents, he was preceded in death by his brother, Dale Bardwell.

Paul was a lifetime resident of the Erie area. He worked as a bus driver for Coach USA and also General McLane School District. Paul was a longtime member of McKean United Methodist Church and previously volunteered as a fireman for Perry Highway Hose Co. He enjoyed deer hunting, watching his Cleveland Indians, playing cards and watching his grandchildren's sporting events.

The family would like to thank the ASERA Care Hospice Team for all their care and support.

Funeral services will be private and held at the convenience of the family with burial in Dunn Valley Cemetery. Arrangements are under the care of the Dusckas-Martin Funeral Home & Crematory Inc., 4216 Sterrettania Rd., Erie, PA 16506.


Published by Erie Times-News on Jul. 4, 2021.
To plant trees in memory, please visit our Sympathy Store.
MEMORIAL EVENTS
To offer your sympathy during this difficult time, you can now have memorial trees planted in a National Forest in memory of your loved one.
Funeral services provided by:
Dusckas-Martin Funeral Home
MAKE A DONATION
MEMORIES & CONDOLENCES
Sponsored by Dusckas-Martin Funeral Home.
10 Entries
Our deepest sympathy to all of you, you are in our thoughts and prayers. Rosanne and Pat Otteni
Rosanne & Pat Otteni
July 7, 2021
Chuck, Karen and family, sorry to hear about your dad. You guys are in my thoughts and prayers .
Matt Kaczmarek
July 6, 2021
Karen, Linda and family, I´m so sorry for your loss. My thoughts and prayers are with you all. May God bless and comfort you.
Dave Krasinski
Friend
July 5, 2021
Sorry to hear that Paul has passed I will keep you in my prayers God bless you all God bless your family
Janet L Bardwell
Family
July 4, 2021
My deepest sympathies & condolences to the entire family.
Edith Prather
Other
July 4, 2021
Dear Chuck and Family, Losing a loved one is heartbreaking and I´m sending you prayers asking God to provide you with peace and strength to move through the upcoming days. Your Dad has joined our team of Angels watching over your family every day! God Bless you!
Vicki L Santone
July 4, 2021
Sending you all love during this difficult time. I´m so sorry for your loss.
Melissa Potter and family
Family
June 30, 2021
Thoughts and Prayers for Paul and the family. So sorry for your loss.
Scott crane
June 30, 2021
I am sorry to hear this. Prayers go out to the whole Bardwell family.
Peggy Singleton
Friend
June 29, 2021
Marge and family I'm very sorry for your loss it was a good cousin of mine may God bless you all
Marge and family I am very sorry for your loss he was a great cousin. May G
Family
June 29, 2021
Showing 1 - 10 of 10 results