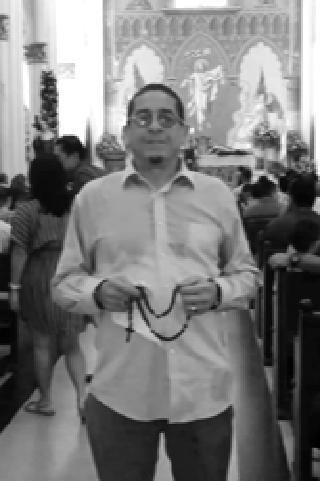 Raymond was born in Erie, Pa. to Junius Johnson Sr. and Chevalier Johnson (Crabtree), he went to Tech Memorial High School and from there he served in the Army for eight years. Raymond received several medals, he was a former worker as a steelworker at Allegheny Lodium Brackeridge works.

Raymond was a member of the Star Club and American Legion; he was a lifelong fan of the Pittsburgh Steelers.

Raymond was preceded in death by Junius Johnson Sr.

Raymond was a loving grandfather with his grandchildren, having memories from making breakfast and going on adventures in the woods on 19th St.

My father was one-of-a-kind, he lived his life as he wanted and enjoyed it until his last days.

Memorial will be private.


Published by Erie Times-News on May 12, 2021.
To plant trees in memory, please visit the Sympathy Store.
MEMORIAL EVENTS
To offer your sympathy during this difficult time, you can now have memorial trees planted in a National Forest in memory of your loved one.
MAKE A DONATION
MEMORIES & CONDOLENCES
13 Entries
It has been an honor and a pleasure to know you. You were an inspiration to me. You used to call me "Sister Ann" and I would call you "Father Ray". I thought of you as an uncle. I enjoyed working with you. You were a former Mr. Pennsylvania, had a gift with children, were proud to bravely serve our country, proud to be a steelworker, and a person of great faith. Mr. Ray was proud of his family and always spoke of them fondly. My deepest heartfelt sympathy to you and yours. Please know you are in my prayers. He was a blessing to the many lives he touched and will never be forgotten. Until we meet again, Uncle Ray.
Ann Marie Fosco
July 5, 2021
Sending my prayers and condolences to Ted and the entire Johnson Family on the loss of beloved brother and son, Raymond
Leslie Grey
Friend
May 17, 2021
I’m so sorry for your loss. Ray was my new neighbor in Sabaneta, Colombia. I am also from Erie,Pa. We was homeboys. I only found out yesterday. I don’t think he was ever in a bad mood and I can only wish to be more like him.
Danny Bartlett
Friend
May 16, 2021
My sympathies to your mother and family. The final Irish salute to you my friend.
Tom Gaughan
Friend
May 13, 2021
RIp Mr ray
Thank you for you did at downtown YMCA in Erie pa. Thank u for teach the kids you word great teacher.
From miss nicole
Nicole pawlak
Friend
May 12, 2021
May you enjoy eternal rest with our Savior, cuz.
Jennifer D. Dobbs
Family
May 12, 2021
My sweet brother-n-law... gonna miss you bunches! ~ Barbara Johnson
Barbara johnson
May 12, 2021
To the Family:
A family that prays together, stays together. RIP Raymond!!
Teresa Chandler-Chatman
Family
May 12, 2021
Miss you my Brother, my Cuz, My DNA. Rest in Peace
Levyonne Booth
Family
May 12, 2021
My sincere condolences to you all during this time, I pray God’s peace and comfort over you all.
Lydia Coleman-Hooks
Friend
May 12, 2021
My heart and prayers are with my Johnson family. Raymond was truly a great friend and brother as we called our 18th street family. God Bless Raymond Fly High For You Are A Angel Of God's Now R.I.P.❤
Marjorie ( Cooner) Ginnery
Family
May 12, 2021
I love u uncle ray alwaya thank u for everything - dev
Devin Townes
Family
May 12, 2021