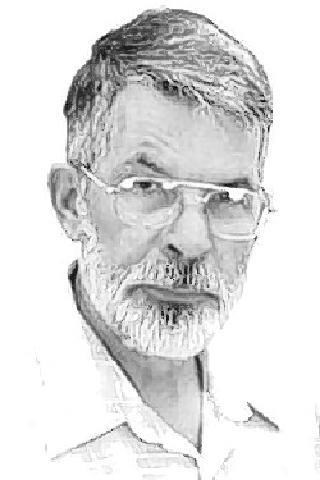 Bill was born in Union City, Pa. on December 19, 1951, a son of the late Charles and Harriet (Eastman) Kennedy.

He graduated from Northwestern High School in 1969. Bill was fortunate to be able to "walk to work" every day across the street to the family business, Kennedy's Hardware. The hardware was one of the ways he learned to serve the community by being a "problem solver" for anyone who was working on any type of project. Bill was the 5th generation to own the store and each generation learned by working together. Bill also served his community as a 50-year member and past Chief of the Cranesville Volunteer Fire Department. He was extremely proud of his two sons who continue the commitment of service in the department. He enjoyed spending time at the family cottage and helping his sons with any of their projects.

All services will be private by the family. Memorial contributions may be made to the Cranesville Volunteer Fire Department, P. O. Box 302, Cranesville, PA, 16410. The Mattera Funeral Home is taking care of arrangements. To light a memory candle or leave a condolence, please visit www.matterafuneralhome.com.

"It's hard to turn the page when you know someone won't be in the next chapter, but the story must go on." -Author unknown.


Published by Erie Times-News on May 31, 2020.
To plant trees in memory, please visit the Sympathy Store.
MEMORIAL EVENTS
To offer your sympathy during this difficult time, you can now have memorial trees planted in a National Forest in memory of your loved one.
Funeral services provided by:
Mattera Funeral Home
MAKE A DONATION
MEMORIES & CONDOLENCES
Sponsored by Mattera Funeral Home.
5 Entries
Deepest condolences to the Kennedy Family from the whole Beck family. Your store and your family were always such a comfort & blessing to our family. I have very fond memories of visiting your store with my Dad growing up and often think about the good family & community values your store and your family exemplifies. Thank you for always being so good to us and especially to my brother Charlie in more recent years. We are so sad to hear about Bill & his Dad’s passing. Please know that your whole family are in our thoughts & prayers.

-Suzy-
Suzy Beck
Neighbor
March 17, 2021
Jan...God will heal your broken heart.
It just takes time. Glad you have your grandchildren and the FED
God bless.
Ginger Allen
Classmate
July 6, 2020
Our deepest sympathy and prayers to you and your family,
The thought of knowing that our loved ones are in the presence of the savior can be of some comfort.
Simon
Friend
June 1, 2020
orry for your loss
Byron Drury
Friend
June 1, 2020
To Jan and Bills family: I was sad to read of his untimely death. Bill was a quiet, thoughtful, and helpful man I was pleased to have as a kind neighbor on the lake for several years. My sympathy to you all. Cathy Woofter
Catherine Woofter
Friend
May 31, 2020
Showing 1 - 5 of 5 results