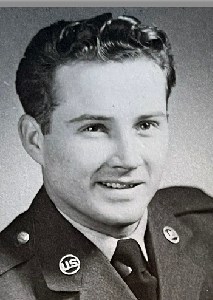 BORN
1936
DIED
2021
ABOUT
Easton Area High School
FUNERAL HOME
Noto-Wynkoop Funeral Home
289 S Main St
Phillipsburg, NJ
FORKS TOWNSHIP Louis G. Baska, 85, a resident of County Meadows in Bethlehem Township, formerly of Forks Township, PA, died November 9, 2021 in St. Luke's Hospital Easton Campus. Born October 11, 1936 in Bethlehem, Pa, he was a son of the late Louis and Dorothy (Boehm) Baska. He served in the Army, Air Force and the Army National Guard of New Jersey. After his military service, Louis worked as a mechanic for Trans-Bridge Bus Lines, he then became District manager of Field Logistics for Western Union for 29 years. After his retirement, he served as the head custodian at Easton Area High School, then enjoyed a few years working in the paint department at Home Depot in Greenwich Township, NJ. He and his wife, the former Dolores (Dee) S. Fisher, observed their 64th wedding anniversary April 13th. In addition to his wife, Louis is survived by a daughter, Darlene Graves and her husband Ken of Palmer Township, Pa; two grandchildren, Timothy Walker and his wife Michelle, Rachael Conant and her husband Patrick; two great-grandchildren Jacob and Sarah Conant. A brother Thomas Baska died earlier. The family would like to sincerely thank the entire staff of Country Meadows for their assistance with Louis' care. They were instrumental in ensuring his remaining time on earth was happy and peaceful. Funeral services will be private. Entombment will be in Holy Apostles Mausoleum, Greenwich Township, NJ. Arrangements: Noto-Wynkoop Funeral Home, 289 S Main St, Phillipsburg, NJ. (www.noto-wynkoop.com) Noto-Wynkoop Funeral Home 289 S. Main St. Phillipsburg, NJ 08865 (908) 454-4553
Published by The Express Times from Nov. 11 to Nov. 12, 2021.
MEMORIAL EVENTS
To offer your sympathy during this difficult time, you can now have memorial trees planted in a National Forest in memory of your loved one.
Funeral services provided by:
Noto-Wynkoop Funeral Home
MAKE A DONATION
MEMORIES & CONDOLENCES
Sponsored by The Family.
3 Entries
I believe this is the Lou Baska that knew my father, Benjamin Stovall. They worked together at Western Union. I saw his name in the WU Retiree book dad still gets in the mail. Im sorry for your loss. My family came to visit you all one time when I was a kid, my mom is Barbara. Dad passed in 2018. Not sure you will remember us. With sympathy, Laura and Barbara Stovall
Laura Stovall
Friend
November 24, 2021
Dolores, so sorry to hear of Louis passing! I often think of the good times at my grandmother's. I will call you soon!
Lucille Catalino
November 19, 2021
Sir, I did not know you personally, however I would be honored to "Thank You" for your dedicated and honorable Military Service; to OUR Country. At a later date, we will meet in that "SPECIAL PLACE" which GOD has reserved, for ALL of those who have stepped forward; to serve their Country in a Military Uniform. May ALL of GOD'S blessings, be with your Dear Family! Sergeant Major (E-9) Larry E. & Mrs. Sheila M. (LaBar) Williams, US Army/ Retired/ (TN)
Sergeant Major (E-9) Larry E. Williams, US Army/ Retired (TN)
Other
November 12, 2021
Showing 1 - 3 of 3 results