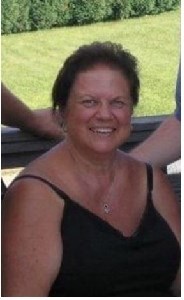 BORN
1944
DIED
June 6, 2021
FUNERAL HOME
Robert W Snyder Funeral Home
327 Easton Rd
Riegelsville, PA 18077
Marianne E. McKay WILLIAMS TOWNSHIP Marianne E. McKay, 76, of Williams Twp., PA passed away Sunday in Arden Courts of Old Orchard, Bethlehem Twp., PA where she had resided for almost a year. She was born August 3, 1944 in Easton, PA, daughter of the late Hugh and Hazel (Smith) Cahoon. She and her husband, Dennis had celebrated 56 years of marriage prior to his passing in February. Marianne graduated from Wilson Area High School in 1962 and the Bethlehem School of Practical Nursing in 1963. Marianne enjoyed helping others, especially children so most of her working career was as a private duty nurse, later at Easton Hospital in Pediatrics and finally for NORWESCAP preschool program. She was a member of St. John United Church of Christ, Riegelsville, PA where she served on the consistory. She also served on the Williams Twp. PTA, was a counselor at Girl Scout Summer Camp, and spent many years as a volunteer on Williams Township Emergency Squad. Marianne loved listening to music and in her earlier years, playing the accordion. She also enjoyed planting flowers but by far her greatest joy was spending time with her grandchildren. Growing up, she spent every summer at her parent's cottage in Carpentersville, NJ, where her favorite pastimes were swimming in the Delaware River and hanging out with the Carpentersville gang. Summers at the cottage were her fondest memories. She cherished the time she spent traveling with her husband. Their list of destinations is quite extensive, but she especially found Alaska, Maine, Hungary and Branson MO, where they attended numerous country music shows, to be worthy of multiple trips. She became well known by friends and neighbors for baking numerous wedding, birthday and anniversary cakes. Marianne will be dearly missed by her children, Sharon Shultz and her husband Robert, Michael McKay and his wife Adel, and John McKay; grandchildren, Jesse, Ethan, Mahala, Cariana, Olivia, Maya and Isaac; and step-granddaughter, Ami and her family. A celebration of Marianne's life will be held Saturday, June 12, 2021, at 11 a.m. in St. John United Church of Christ, 601 Easton Rd., Riegelsville, PA. Friends may call at the church Saturday from 10 a.m. until the time of the service. All are invited for refreshments in the fellowship hall of the church after the service followed by interment of ashes in the Hellertown Cemetery. Memorial contributions may be made to the Easton Emergency Squad, 908 Packer St., Easton, PA 18042. Arrangements by Robert W. Snyder Funeral Home, Riegelsville, PA. Robert W. Snyder Funeral Home 327 Easton Road Riegelsville, PA 18077 (610) 749-2421
To plant trees in memory, please visit our Sympathy Store.
Published by The Express Times from Jun. 7 to Jun. 8, 2021.
MEMORIAL EVENTS
Jun
12
Calling hours
10:00a.m.
St. John United Church of Christ
601 Easton Rd, Riegelsville, Pennsylvania
Jun
12
Celebration of Life
11:00a.m.
St. John United Church of Christ
601 Easton Rd, Riegelsville, Pennsylvania
Funeral services provided by:
Robert W Snyder Funeral Home
MEMORIES & CONDOLENCES
Sponsored by The Family.
4 Entries
I remember Marianne when she came into the Riegelsville Post Office when I worked there . It was always a pleasure to see her . So sorry for your loss thoughts and prayers to her family. Rip
Susan cope
Acquaintance
June 10, 2021
Our condolences to Marianne's family and friends. You are in our prayers at St. John UCC.
Pastor Bob Stevens
June 8, 2021
My condolences to the McKay family regarding your loss of f Marianne.
Ann R. Hockin
Friend
June 8, 2021
My heart is hurting right now. I was very fond of Marianne as she helped me shape my life religiously and as part of the family. We must have clipped thousands of coupons for many years. When my youngest daughter passed away, Marianne came to our house and brought me a pack of fresh asparagus and a big can of tomato juice. She knew me so well! I was so hungry for homemade pancakes and she made the best. I called her and asked if I could have the recipe. She said absolutely and mailed it to me by the end of the week. Needless to say, my oldest daughter loved them.
Marianne, I just can't express what you meant to me. The love I have for you. The advise you gave me over the many years. RIP, you're gonna be sadly missed by many. Especially me. Love you my friend!
Carol Tiley-Viglianti
Friend
June 7, 2021