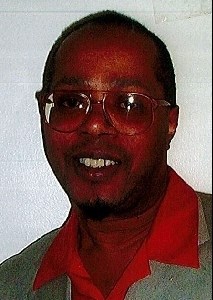 BORN
1954
DIED
2021
ABOUT
Easton Area High School
FUNERAL HOME
Strunk Funeral Home Inc.
2101 Northampton Street
Easton, PA
EASTON Robert "Butch" Harris, 66, of Easton, passed away Saturday, October 30, 2021 at his home. Born November 17, 1954 in Easton, PA, he was the son of the late Robert Johnson and Essie Mae (Wheeler) Harris. He and his wife, Donna (Newman) Harris, celebrated their 33rd wedding anniversary on June 22, 2021. Butch attended Easton Area High School. He had been employed as a chef at the former Easton Elks Lodge. Previously, he worked at the Pomfret Club. Butch was the lead singer in various music groups including "Bowl of Soul" and "Spice." He enjoyed singing and listening to all genres of music. He also enjoyed cooking for people and playing the horses at the Downs. He was a member of the Salvation Army where he volunteered. In addition to his wife, Donna, he is survived by two sons, Robert and John Harris, both of Bethlehem; three daughters, SheJuana Cobbs and her husband Arthur, and Shamara Cobbs and her husband Tarron, both of Bethlehem, and Shantell Dennis and her husband Warren, of Murphy, TX; a brother, Russell Harris, of Easton; a sister, Mazetta Watson, of Easton; an aunt, Mattie Pearl Wheeler, of Easton; an uncle, Russell Wheeler, of Easton; ten grandchildren; ten great-grandchildren; nieces, nephews, extended step-children and a host of family and friends. Private services will be held at the convenience of the family. The Strunk Funeral Home, Inc., Wilson Borough, is in charge of arrangements. Offer online condolences at www.strunkfh.com. Strunk Funeral Home 2101 Northampton Street Wilson Borough, PA 18042 (610) 258-7211
Published by The Express Times from Oct. 31 to Nov. 2, 2021.
MEMORIAL EVENTS
To offer your sympathy during this difficult time, you can now have memorial trees planted in a National Forest in memory of your loved one.
Funeral services provided by:
Strunk Funeral Home Inc.
MAKE A DONATION
MEMORIES & CONDOLENCES
Sponsored by The Family.
16 Entries
Butch rest in peace my brother may God bless you and your family
Joe Cuvo
November 3, 2021
Prayers of comfort and peace for the family. You are all in my thoughts. God bless you and give you strength. RIP Butch.
.ebbie Gilbert-Lee
November 3, 2021
I want to send my condolences to the family at this time of need. You all are in my thoughts and prayers as you lay your loved one to rest. He is in no more pain and has entered into Heaven with our Lord. R. I. P. Butch
Betty Smith
Family
November 2, 2021
DON'T CRY BECAUSE HIS LIFE IS OVER. SMILE,BECAUSE IT WAS. DEEPEST SYMPATHY. OUR THOUGHTS AND PRAYERS ARE WITH THE FAMILY AT THIS DIFFICULT TIME. MAY HE REST IN PEACE.
GEORGIA PACIFIC DIXIE
November 2, 2021
I would like to offer my deepest condolences to the family and loved ones of Butch he and I grew up together and we were close friends for a very long time we shared a lot of good times and a lot of laughs I am truly am saddened by his passing rest in peace my brother we will meet up again someday God bless you
Bobby Viola
November 1, 2021
Donna and family, I am sooooo saddened to hear about the loss of Butch! No words can comfort the grieving; however, God can do anything BUT FAIL. Sending my heartfelt Huggs to all of you ... Like family. Love you.
Dee Dee Duncan
November 1, 2021
Donna and family .... I am deeply saddened to hear of your loss. You all are close in my . No words can truly comfort the grieving; let God do that HE WILL NOT FAIL LUVU GUYS.
Dee Dee Duncan
November 1, 2021
Donna and family Stay strong you will meet again. Bless you all Love Swint Family
Christine Martinez Swint
Family
November 1, 2021
i will miss you my friend, remember wolf school, and west street. and OVERNIGHT. Rest in peace.
tyrone fredericks
November 1, 2021
Donna, my deepest condolences to you and your family. Butch will be missed by many. I know he is singing up a storm in heaven.
Vivian
Friend
November 1, 2021
I've known Butch since we were kids, but not seen him in over 35 years or more. He had a great voice and I remember one time at Easton Junior High School on 12th Street at that time, he and his band played in the auditorium for the students during the day and everyone loved it!! Rest in Eternal Peace. He was a good guy and always respected him.
Steve Constantine
Friend
November 1, 2021
May he Rest In Peace, remember him well from EASD, had many good times , my condolences to the family, Fran
Fran (Dickey) Salmay
November 1, 2021
I worked at Frinzis and Butch was our karaoke guy! What a beautiful voice,now he's singing with the angels!Remembering so many good times,Rest in Heaven Butch...
Deborah Frutchey
November 1, 2021
I knew Butch most of my life and he was a great friend. He had many jobs and groups that he hung with. He will be missed. I´ll see you later Butch. RIP my friend.
Eddie Ferraro
Friend
November 1, 2021
My deepest condolences to let his family tonight may he Rest in Peace Butch he was a really good friend of mine back in the high school days and also being a southside girl I am so sorry for your loss many prayers
Cheryl Hartranft Schaible
Friend
October 31, 2021
I am so sorry to hear about Butch passing away. Great guy ! He turn me on to the "Blackbyrds" Rock Creek Park, years ago. Rest in peace Butch.
Marty Crozier
October 31, 2021
Showing 1 - 16 of 16 results