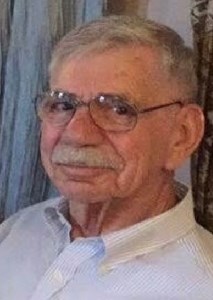 ABOUT
Easton Area High School
FUNERAL HOME
Morello Funeral Home, Inc.
3720 Nicholas St.
Easton, PA
EASTON Russell S. DeRaymond, 88, of Easton, PA, passed away on Tuesday, November 16, 2021 in St. Luke's Hospital. He was born in Easton, PA, a son of the late George and Angelina (Liberti) DeRaymond. Russell was married to the former Anna J. Milia, with whom he celebrated 62 years of marriage last September. He was a graduate of Easton High School, class of 1951; and served as a Corporal during the Korean War. Russell was a salesman for Schiables Bakery, and later retired from Maier's Bakery in Wilson Boro in 1994. Russell was a member of St. Anthony of Padua Catholic Church. He was a lector for many years at St. Mary in South Side Easton prior to its closing. He was also a member of St. Anthony's Holy Name where he was honored as their Man of the Year in 2011. In addition to his wife, Russell is survived by a son Russell A. DeRaymond of Easton; a daughter Mary A. Garvey and husband Mark of Singapore; a sister Philomena Nagurney of Forks Twp.; grandchildren Angelo DeRaymond and wife Lindsay, Cheyenne DeRaymond, Alexa DeRaymond, Erin Garvey, Sean Garvey, and Owen Garvey. He is preceded in death by his parents, George and Angelina DeRaymond; a son, Stephen DeRaymond; and brothers, Raymond DeRaymond, and Joseph DeRaymond. The family wants to thank the nurses and doctors of St. Luke's Cardiac Surgical Intensive Care Unit. Calling hours will be held on Friday, November 19, 2021 from 6:00 pm to 8:00 pm in Morello Funeral Home, Inc., 3720 Nicholas Street, Easton, PA (Palmer Twp). Friends and family are invited to a Mass of Christian Burial on Saturday at 9:00 am in St. Anthony of Padua Catholic Church, 9th & Lehigh Streets, Easton. Interment will be in St. Anthony's Cemetery, Williams Twp. Contributions in Russell's memory may be made to St. Jude Children's Research Hospital, 501 St. Jude Place, Memphis, TN, 38105. Online condolences may be offered at www.morellofuneralhome.com. Morello Funeral Home 3720 Nicholas St. Easton, PA 18045 (610) 253-4941
Published by The Express Times from Nov. 17 to Nov. 18, 2021.
MEMORIAL EVENTS
Nov
19
Calling hours
6:00p.m. - 8:00p.m.
Morello Funeral Home, Inc.
3720 Nicholas St., Easton, PA
Nov
20
Mass of Christian Burial
9:00a.m.
St. Anthony of Padua Catholic Church
9th & Lehigh Streets, Easton, PA
Funeral services provided by:
Morello Funeral Home, Inc.
MAKE A DONATION
Please consider a donation as requested by the family.
MEMORIES & CONDOLENCES
Sponsored by The Family.
8 Entries
We send our deepest sympathy as we are so sorry to hear of Russell's passing. Prayers for all.
Roxanne and Pete DeRaymond and family
November 21, 2021
My deepest sympathy to the DeRaymond family on the passing of Russell. He was a wonderful and Loving person .
Sammy Sortino
Family
November 20, 2021
May God bless you and your family in this time of sorrow.
Robert Nuss
November 19, 2021
Our deepest condolences to the DeRaymond family on the passing of Russell. My mother Joan Piagesi and Russell were classmates at Easton High School. It was always a pleasure hearing mom and Russ share information concerning their classmates. Also, Russ and Anna would sit a few rows behind us in church each week, and Russ never said no when asked if he would recite a decade of the rosary. Russ will surely be missed by mom and me, and we do hope Anna and the family find some comfort knowing how much Russ will be missed. We won't be able to look at "Russ's pew" without being reminded of his kind smile. Rest in peace, Russ, and until we meet again, watch over your family and friends.
Jennifer L Piagesi
Friend
November 19, 2021
Russell was such a nice caring man. Will miss seeing him sitting out on his bench waving to me when I´m coming or going . Loved the way he always joked with our son Devin when he saw him . Will also miss him sharing his wine and limoncello every time Paul did a small job for him . Prayers and hugs to all of you as you go through this tough time .
Paul and Sherry LaDuca
Friend
November 18, 2021
To the DeRaymond family, I am very sorry for your loss.
AMY L (DeRaymond) FONTNO
November 18, 2021
Sir, I did not know you personally, however I would be honored to "Thank You" for your dedicated and honorable Military Service; to OUR Country. At a later date, we will meet in that "SPECIAL PLACE" which GOD has reserved, for ALL of those who have stepped forward; to serve their Country in a Military Uniform. May ALL of GOD'S blessings, be with your Dear Family! Sergeant Major (E-9) Larry E. & Mrs. Sheila M. (LaBar) Williams, US Army/ Retired (TN)
Sergeant Major (E-9) Larry E. Williams, US Army/ Retired (TN)
Other
November 18, 2021
You can live 100 years, but you'll not find a better man, from a better family, than Russ DeRaymond. His late brother Ray was married to mom's late cousin Jamel. All his life and even after Ray died, Russ never forgot us and never failed to pay his respects to our family, in our times of need. Like his brother Ray, whom we adored, this man was special, with a huge heart. Rest in Peace, May Perpetual Light Shine Upon you, and thank you for all the kindness you and your great family gave to ours, all those 60 years. Allah Yerhamouh
Stephen Constantine
November 18, 2021
Showing 1 - 8 of 8 results