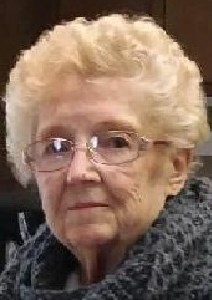 BORN
1939
DIED
2021
ABOUT
Easton Area High School
FUNERAL HOME
Ruggiero Funeral Home
126 East Pennsylvania Ave.
Pen Argyl, PA
PLAINFIELD TOWNSHIP Ruth E. Ruch, 82, of Plainfield Township, passed away, Monday, November 15, 2021, at the Brian D. Perin St. Luke's Hospice House. She was the wife of the late Leroy Ruch, who passed away, August 14, 2008. Born in West Easton, January 18, 1939, she was the daughter of the late William and Margaret (Dailey) Gaughran. She was a graduate of Easton Area High School and prior to retiring, Ruth was employed in central supply at Warren Hospital. She was a member of St. John's United Church of Christ, Easton. She and her late husband were active in the Shriner's Hospital for Children. Ruth and Leroy were known for their roasted peanuts and her chocolate covered candies and strawberries. She enjoyed playing cards and bingo with her sisters, baking pies and traveling with friends from the Shriners. She is survived by her daughter, Linda Spink, and her husband, Chuck, of Pen Argyl; five grandchildren, Sonya Pedraza and her partner, Shawn, Dena Gaughran and her partner, Kennie, Erica Sterner and her husband, Rick, Matthew and Brian Spink; four great-grandchildren, Hailey, Mia, Angelia, and Jaxon; a brother, Edward Gaughran, and his wife, Kathy, of Forks Township; four sisters, Barbara Rinehart and her husband, Gerald, of Belfast, Margaret Strauss of Easton, Mary Wagner and her husband, Richard, of Palmer Township, and Anna Fritz of Bangor; and a sister-in-law, Linda Gaughran, of Easton. She also leaves behind numerous nieces and nephews and her beloved dog, Gatsby. She was preceded in death by a son, David W. Gaughran, a sister, Catherine Krock, and a brother, William Gaughran. Funeral services will be announced at a later date. Please check www.ruggierofuneralhome.com, for the announcement of services. The Ruggiero Funeral Home, LLC, Pen Argyl is in charge of arrangements. In lieu of flowers, memorial donations may be offered to Shriners Hospital for Children – Philadelphia, 3551 N. Broad Street, Philadelphia, PA 19140. Ruggiero Funeral Home, LLC 126 E. Pennsylvania Avenue Pen Argyl, PA 18072 (610)863-5750
Published by The Express Times from Nov. 20 to Nov. 21, 2021.
MEMORIAL EVENTS
To offer your sympathy during this difficult time, you can now have memorial trees planted in a National Forest in memory of your loved one.
Funeral services provided by:
Ruggiero Funeral Home
MAKE A DONATION
Please consider a donation as requested by the family.
MEMORIES & CONDOLENCES
Sponsored by The Family.
6 Entries
Linda, Thinking of you all at this difficult time. May all your fond memories of Nanny Ruth give you comfort and peace at this time. Ruth sure did leave a legacy and was loved by many people. Her family was her life! Rest in Peace Ruth
Kiim Vogel
November 22, 2021
Dear Linda and Family; So sorry to hear of your Moms´ passing - such a nice Lady - I remember when we were younger hanging out at your house and her coming home from work and finding anyone and everyone there - and still smiling! May your memories give you the strength to get through your loss - RIP Ruth...
Deborah(Deemer)Heinrich
Friend
November 21, 2021
My sincere condolences to Ruth's loved ones. Ruth and Leroy, and then Ruth alone, participated with several others of us at the Miller House Craft Show in Bangor. I always enjoyed seeing and talking with them/her, and especially enjoyed her chocolate covered apricots. Ironically the show is currently in progress and is in it's 20th year. A truly lovely person who will be with you always...in your hearts and in your memories. Fondly, Sherry (Lewis) Stecker
Sherry (Lewis) Stecker
November 21, 2021
Oh Linda,I’m so saddened to read this! We didn’t get to lunch and I will forever regret it. You know I loved your mom. She was always one of the sweetest ladies. My mom adored her. May she find peace. I know mom was waiting with a coffee pot in hand. I am so very sorry. She is with David again. Hugs
Suzanne Mertz
Friend
November 20, 2021
God bless you my dear Ruthie. Beulah just told me about your passing. My condolences to the family. We will all miss you. All my love. Evelyn Zambloradonna.
Evelyn Zambloradonna
Friend
November 18, 2021
I remember Ruth well...She was such a loving and caring person that will be missed by all...I worked with her at the former Warren Hospital years ago...My condolences to her family, and may she have eternal peace with the Lord...Most sincerely, Beulah Bumpsey.
Beulah Bumpsey
Friend
November 18, 2021
Showing 1 - 6 of 6 results