Stephen Joseph Janasek
1973 - 2021
BORN
1973
DIED
2021
ABOUT
Phillipsburg High School
YORK Stephen Joseph Janasek (age 49) of York, PA, passed away suddenly at home, Nov 23, 2021. Born in Phillipsburg, NJ, on Oct. 7, 1973, he was the son of Michael & Maryann (Janasek) Boyle, and the late Joseph F. Janasek. Steve was a 1992 graduate of Phillipsburg High School, and received his BS Degree from Iona College, New Rochelle, NY class of 1997. He was brother to Ann Visco (husband Scott) and Christine Malizzi (husband Lawrence). He was a member of Knights of Columbus 474 Phillipsburg. Stephen is survived by his wife Rhonda (Dunn) Janasek and children, Wiley Stephen, Morgan Faith and Jackson Alexander Janasek of York, PA, and a step-daughter Alyssa Montenayor of Dallas, Texas, as well as his former wife Dana Lutz. Keffer Funeral Homes of York, PA are in charge of arrangements. Private services will be held at St Philip & St James Church with encryption at SPSJ cemetery.
Published by The Express Times from Nov. 27 to Nov. 28, 2021.
MEMORIAL EVENTS
To offer your sympathy during this difficult time, you can now have memorial trees planted in a National Forest in memory of your loved one.
MAKE A DONATION
MEMORIES & CONDOLENCES
Sponsored by The Family.
16 Entries
I first met Steve when I started working at CNHi in 2012. Even though I was not in a technical role, I enjoyed learning about our paint systems and issues he helped resolve. We also shared the same wedding anniversary and he always reached out to wish me a happy day. Lately he would inadvertently email me occasionally on work emails and we both enjoyed a good laugh. I'm a better person for knowing him and I wish his family peace in this time of sorrow for their loss.
Dave Goss
Work
December 2, 2021
I have the best memories with you. May you rest in peace.
Michelle Steuer
December 1, 2021
Steve was a friend, a co-worker, and a genuine "maker". A great sounding board for ridiculous feats of engineering. From his lunch time ritual to the baritone voice, his quick mind, wit and genuine concern for all he met. I can still hear his daily greeting, "how you doing, man?" And our conversations on the chemistry of soap. Steve is greatly missed. My deepest sympathies are extended to his family and especially his children, of whom he was very proud. Fare thee well, Until we shall meet again.
Eric Gay
Work
December 1, 2021
I was so sad to learn of Steve's passing. I only worked with him for a short time, but I quickly knew he was a very good man and always gave his best, in work, life or family. He certainly will be greatly missed and while he was in our presence, he contributed tremendously. My sincere condolences to Steve's family. My thoughts are with you in this sad time.
John Fritz
Work
December 1, 2021
Deeply sorry for your loss. Steve was a good man. I only worked with him for a short 2 year period, but he was always enjoyable to talk and work with.
Paul Carnes
Work
November 30, 2021
So very sorry for your loss. Though I only met him once, I know through his wife, how much he will be missed. How much he was loved. God bless you and your family in this time of sorrow
Kathryn Luckey
Other
November 30, 2021
Sorry for your loss Ann. My condolences to you and your family
Bret Smith
November 29, 2021
My thoughts and prayers are with the family. We will miss him.
Tracy W
Work
November 29, 2021 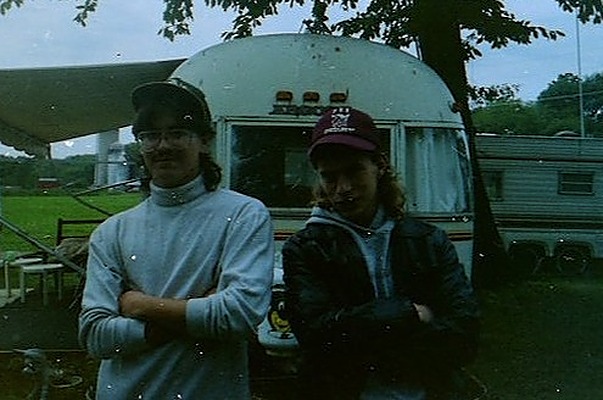 Heart broken and saddened to hear of Steve's passing. For a number of years we were always together. We were best friends in High School, we both worked at the Easton YMCA and he would come with me camping every weekend during the summer. Even into adulthood we would still reach out to each other. I will cherish the memories I have of him and miss him dearly. My sympathies go out to all that knew him.
john hardick
November 29, 2021
Steve was a great coworker and friend. He was very proud of his children and their accomplishments. He always asked me,"How You doing man?" He had more concerned for others and will truly be missed.
Jason Enck
Work
November 29, 2021
My deepest sympathy to Steve's family. Steve was a customer of mine and I have work with him on many projects over the years. He was a man of integrity and we certainly will miss him.
John Burkholder
Work
November 29, 2021
I'm sorry to hear about Steve, I was a outside vendor dealing with Steve at CASE he was always a very nice person to deal with.
Dan Dembeck
Work
November 29, 2021
My deepest sympathies to Steve´s family and friends. I will always remember Steve and will keep his children and family in my thoughts and prayers. I will always remember my friend and all of our chats. I learned a lot from him and I will pass his knowledge on to my children. Rest In Peace my friend.
Chris Nonnenmocher
Work
November 29, 2021
Heartfelt sympathies to Steve's family. He was a great friend and co-worker. You are all in my prayers.
Joe Ciaccio
Work
November 29, 2021
Sending our heartfelt thoughts and prayers to the entire family. So heartbreaking to hear this news. Sending my condolences. Hoping that one day the fond memories of him will bring you comfort and peace. Joelle - PHS Class of `92
Joelle (Kennedy) Oraschin
School
November 28, 2021
I am so sorry for your loss and my condolences to his family and children. Remember happy times and occasions
Michelle Lipyanic
November 27, 2021
Showing 1 - 16 of 16 results