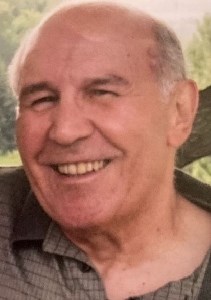 BORN
1938
DIED
2022
FUNERAL HOME
Joseph Reichel Funeral Service
220 WASHINGTON PARK
Nazareth, PA
BUSHKILL TOWNSHIP Stephen Viglione, 83, of Bushkill Twp., PA, passed away on Saturday, January 1, 2022, at St. Luke's Hospital – Anderson Campus, of Easton. He was the loving husband of Jeannette (Patterson) Viglione, who passed away 2 days after Stephen. Born on March 25, 1938, in Nazareth, he was the son of the late Nicholas F. Viglione Sr. and Helen (Febbo) Viglione. Stephen graduated from Nazareth Area High School and continued his education at Moravian College until he received his Master's Degree in Psychology. Stephen was a teacher and guidance counselor for the Easton Area School District. He and his wife held such a passion for education. After their retirement, Stephen and Jeannette very proudly started the GED Program in Northampton County. The classes were held at Easton High School, where the couple dedicated their compassion, time, and energy to helping students. He loved learning new things, and held education very highly, as he was an intelligent man himself. Stephen was a people person; he was constantly talking to everyone and anyone who would listen. He loved to travel with his wife. Stephen was an avid Penn State fan and often supported Easton sports. He is deeply missed by children, Robin A. Salvato and husband Patrick, of Orlando, FL, Tammy L. Rosso, of France, Stephanie M. Kelly and husband John, of Roseto, Michele Yankowy and husband Nicholas, of Easton; twelve grandchildren, nine great-grandchildren; brothers, Nicholas F. Viglione, Jr. and wife Sally, John Viglione and wife Connie; sisters, Marion Hooper, Catherine Ciotti and husband Albino; also by many nieces and nephews. He was pre-deceased by daughter, Jeannie Hurley, son, Robert F. Wambold, Jr. and sister, Nancy Viglione. Family and friends of Stephen and Jeannette are invited to a visitation on Friday, January 14, 2022, from 10:00 AM-12:00 PM at the Joseph F. Reichel Funeral Home Inc., 220 Washington Park, Nazareth, PA 18064. A Prayer Service will follow at 12:00 PM at the funeral home. Burial will be held at a later date. In lieu of flowers, donations may be made in Stephen's memory to "Parkinson's Foundation" and mailed to: 200 SE 1st Street Suite 800 Miami, FL 33131, or to "American Cancer Society" and mailed to: P.O. Box 22478 Oklahoma City, OK 73123. Online condolences may be offered at www.jfreichelfuneralhome.com under his obituary. Joseph F. Reichel Funeral Home 220 Washington Park Nazareth, PA 18064 (610) 759-0160
Published by The Express Times from Jan. 8 to Jan. 9, 2022.
MEMORIAL EVENTS
Jan
14
Visitation
10:00a.m. - 12:00p.m.
Joseph Reichel Funeral Service
220 WASHINGTON PARK, Nazareth, PA
Jan
14
Prayer Service
12:00p.m.
Joseph Reichel Funeral Service
220 WASHINGTON PARK, Nazareth, PA
Funeral services provided by:
Joseph Reichel Funeral Service
MAKE A DONATION
Please consider a donation as requested by the family.
MEMORIES & CONDOLENCES
Sponsored by The Family.
7 Entries
Sorry to hear about the loss of Stephen and Jeannette . Stephen was a special cousin loved by all. Thoughts and prayers to the family.
Ron and Kathy (Viglione) Caldarelli
January 14, 2022
I am so sorry about the passing of Uncle Steve and Jeannette. Uncle Steve was such a good man and Uncle. So intelligent, always interesting to talk to, big believer in education, lover of sports. He was always a big fan and supporter during my football playing days, whether it was HS or Pop Warner. And I will always remember the years we would go to the Easton - Pburg game on thanksgiving with him, my son Tyler and my Dad. It was a great way to share time together. RIP Uncle Steve and God Bless. Love, Doug
Doug and Sue Hooper
Family
January 12, 2022
I am so sorry to see that Stephen has passed. My thoughts and prayers are with Robin, Tammy, Steph, Michele, and the entire family. He was a great guy and will certainly be missed.
John Hofer
Friend
January 11, 2022
Our deepest sympathy thoughts and prayers to the entire Viglione family. Steve was a colleague of mine at EAHS for many years. A dedicated educator and counselor to many. May he rest in eternal peace with his wife.
Gina and Rich Grucela
Friend
January 9, 2022
Mr. Viglione was my guidance counselor at Shull Jr. High School. I remember him as a very nice and caring man. I also, knew his son in law Nick from the Bethlehem Post Office. My condolences to his entire family on your loss of both Father and Mother. May the Peace of Jesus Christ comfort you all at this time!
DAVE BARBERA
January 9, 2022
Mr. Viglione was my Biology teacher in 10th Grade. Very good teacher. Thank you, Mr. Viglione. RIP
Brian Cook
January 9, 2022
Tammy,Robin and Stephanie So sorry for your loss .I always enjoyed chatting with your dad. May he rest in peace.
Keith Mensch
January 9, 2022
Showing 1 - 7 of 7 results