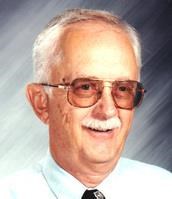 BORN
1936
DIED
2018
ABOUT
Delone Catholic High School
FUNERAL HOME
Wetzel Funeral Home - Hanover
549 Carlisle Street
Hanover, PA
Daniel R. Brady
August 11, 1936 - January 21, 2018
Hanover
Dan Brady, 81, the world's greatest husband and dad, passed away Sunday, January 21, 2018 after a courageous health battle at home with his family by his side.
Dan was the son of the late Robert Austin and Jessamine Marie (Smith) Brady. He was the loving husband of Jean (Rebert) Brady, his wife of 51 years and loving dad to his son and best friend, Rob Brady. Dan is also survived by his sister-in-law and brother-in-law, Dick and Connie Franklin; and nieces, Kelly, Katie, Annie and Becca Noppenberger.
He was a graduate of Delone Catholic High School, a proud member of the Class of 1958 from King's College, Wilkes-Barre, where he graduated with a degree in Economics. Go Monarchs! Dan pursued his teaching certification from Gettysburg College and completed his masters in reading from Western Maryland College, Westminster. He was certified in both elementary and secondary K-12.
Dan followed his work passions in life; first working alongside his dad and uncle in the family business, Brady and McCadden Lumber Co., Hanover. He followed his dreams and impacted the lives of his "kids" for four decades while teaching at Hanover Street Elementary School and Gettysburg Middle School. Dan also was a substitute teacher at Spring Grove, New Oxford and Littlestown. He founded ROBB Development with his wife Jean, a family business that his son Rob continues today. As a teacher he always told people he had over 3,000 kids! This came as a shock to the person who was not listening closely! His greatest satisfaction came from taking the extra time with a student and he recently found out his extra attention saved one of his kids from jail.
Dan believed in giving back to his community. He proudly served in the Army National Guard, served on the McSherrystown Borough Council and on several local and state committees. He was an active member of SAVES, the Hanover Fire Dept. and ACVESA. Dan was a proud PSEA member, served on the boards of the American Red Cross, Hanover Chapter, Community Transit and the Emergency Health Services Federation.
He pursued hobbies and interests with a passion and his number one hobby was trains. His favorite railroad was the Western Maryland Railway. He enjoyed politics, military history and strategy and was an avid sports fan. He was still upset about the Baltimore Colts leaving town in the middle of the night! Along with his love of football and ice hockey, Dan was a PIAA football official and worked part-time doing play-by-play sports announcing and reporting for local news outlets.
A Mass of Christian Burial will be celebrated on Saturday, January 27, 2018 at 11 a.m. at St. Vincent de Paul Catholic Church, 220 Third St., Hanover with Rev. Michael P. Reid, II as celebrant. The family will receive friends and share memories from 10 a.m. until the start of the Mass. Family and friends are invited to a reception to celebrate Dan's life at Bay City Restaurant, 110 Eisenhower Dr., Hanover immediately following the Mass.
In lieu of flowers, contributions in memory of Dan can be made payable to the Dan Brady Scholarship Fund in care of Members 1st Federal Credit Union, 5000 Louise Dr., P.O. Box 40, Mechanicsburg, PA 17055-0040. Dan requested that his friends and family take the time to slow down and share a minute or two with someone as it could make all the difference in the world to them.
To share memories of Dan Brady, please visit
www.wetzelfuneralhome.com

Mr Brady you have impacted many, many lives in a positive way, you will be always remembered by his 3000 kids
Daniel Blocher
February 1, 2018
Mr. Brady was one of my all-time favorite teachers, and one of the reasons I am a teacher today. He always had a smile and kind words to share. He will be missed!
Araby Wineka Collins
February 1, 2018
My condolences to Mrs. Brady and Rob. Mr. Brady was my sixth grade teacher at Hanover Street Elementary. I reconnected with him when I worked at Gettysburg Pretzel. One of my favorite teachers and favorite customer.
Lori Heusner
Student
January 31, 2018
Rob, I was sorry to learn of your Dad's passing. I know that the memories of the times you spent together chasing trains will be a comfort in the years ahead.
John Mowrer
Acquaintance
January 31, 2018
My condolences to the Brady family! Mr. Brady was my 6th grade teacher at Hanover Elementary - 1969/70... and one of my favorite teachers! Although I no longer live in the area, I was back in Hanover last month and his name came up in conversation with my cousins. I learned of his love for trains when I happened upon him in Harrisburg, at the introduction of a new railway car they were proposing... At the time, I didn't realize he was my former teacher until I asked what he did before he retired! I no longer live in the US (but the island of Grenada is not a choice on this form.) I'm sure he has given many of his students fond memories. He will be missed.
Crystal Grim-Cooper
January 31, 2018
My condolences to Mrs. Brady and Rob -

One of the sweetest, most sincere, smart and humble people one could have the pleasure of knowing. Though we saw each other once in a blue moon, no time had passed and picking up where we left off was easy and comfortable. Laughter made our union special. Sending love to you both, and to the extended families. Beth Bowers
Beth Bowers
January 30, 2018
Jean and Rob. I am so sorry to hear of your beloved husband and fathers passing! I still remember to this day your frequent stops to Amity House on Saturday or Sunday evenings after church to get coffee. I actually think of those times frequently. Mr. Brady will be truly missed by so many and has impacted so many lives. My thoughts and prayers go out to you this evening and am sorry I won't be able to make it to the service tomorrow as I have to work. I would have loved to be there to see you Jean. My heart goes out to You both! Hugs <3
Debbie (Hicks) Gallimore
January 26, 2018
Jean, I'm so sorry to hear of Dan's passing. I remember his love of trains and Dunkin Doughnuts coffee. God comfort you and may you find peace in all the good memories you have of Dan.
Deb and Paul Rahe
January 26, 2018
I worked with Dan at Gettysburg Middle School. Dan Loved teaching and loved the students. A great guy who touched so many lives. He will be truly missed.
Steve Litten
Coworker
January 25, 2018
My sincere condolences to the family on the passing of Dan.
Tom O'Hara
January 25, 2018
My prayers to the family. I am a fellow railfan of the WM & talked to Dan & Rob by the WM tracks occasionally.
Rich Shaffer
January 25, 2018
Rob- very sorry to hear of your Dad's passing. I had probably only spoke to him a handful of times, but it didn't take long to understand what a friendly special gentleman he was. I know he'll be greatly missed by many. My thoughts and prayers are with you my friend!
Scott Eby
January 24, 2018
Showing 1 - 12 of 12 results