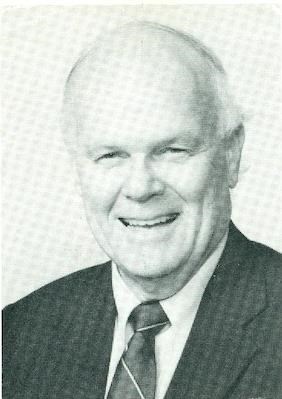 Born February 24, 1934, in Manhattan, NY, he was the son of the late John J. and Kathleen (Flynn) Connor. Jack was the loving husband of Joan (Cavanaugh) Connor with whom he shared 29 years of marriage.

Coach Jack Connor graduated from Hopewell High School in Aliquippa, Pennsylvania with the Class of 1952 where he earned ten letters in football, basketball and baseball. After graduation he attended New York University following in the footsteps of his father, John James Connor, Jr. who played on the nationally ranked N.Y.U. football teams coached by Chick Meehan in the late 1920's. However, Jack's career at N.Y.U was cut short when the University elected to drop the football program. He enrolled at Shippensburg University where he earned his Bachelor's and Master's Degrees in Education. While at Shippensburg, Jack Co-Captained with Joe Persiponko for the 1956 Football Team and was selected to the All-State College Team, the AP All-State Team and the AP Little All-American Team. Following graduation, Jack started his teaching and coaching career. A career which spanned 41 years of public school teaching and 45 years of coaching football with 39 years as a Head Coach. He served as an assistant football at Shippensburg High School and Passaic High School, New Jersey before initiating football at Southwestern High School when the school opened. In 1970, after 11 years, Jack left Southwestern to work at Dickinson College as Assistant Professor of Physical Education, Assistant Football Coach and elected Freshman Basketball Coach of the Year. For the next 28 years, Coach Connor taught and coached at Hanover High School where he compiled a career record of 201-197-13. During his tenure at Hanover, the Nighthawks won the Championship in Division II of the YAIAA League six times, were District III Class A Runner-up twice and District III Class A Champions in 1985. Coach Connor was awarded Coach of the Year by local newspapers and the York County Football Coaches Association on 9 occasions. In 1985, he was awarded the PA Scholastic Football Coaches Association's Class A Coach of the Year Award. At the close of the school year 1999, Jack retired from teaching but was able to continue coaching football at Red Lion High School with Coach George Shue, one of his former players. After Coach Shue retired in 2003, Jack coached at Susquehannock High School as an offensive and quarterback coordinator with his friend Gary Scott and Head Coach Tom Waranavage from 2004 - 2006. In 2006, Coach was inducted into The South Central Chapter of the Pennsylvania Sports Hall of Fame in Carlisle, Pennsylvania for his outstanding career as a football coach. In 2007 - 2011, Jack was the assistant offense coordinator with his former Nighthawk player and Head Coach Don Sidenstricker from Southwestern High School. In 2014, Coach was inducted into the Shippensburg University Hall of Fame (Ring of Honor) for his many accolades during his time playing for the University.

In July 2002, Jack was nominated and selected for induction into the PA Scholastic Football Coaches Association Football Hall of Fame. This achievement was one of the proudest and simultaneously humbling events of Coach Connor's 45 year career. At this Big 33 high school All Star event, he was honored by receiving a victory lap around Hersheypark Stadium on a Harley Davidson motorcycle!

In addition to his storied football career, Jack enjoyed teaching history and psychology and spent many years as the Athletic Director at Hanover High School. He was an avid history buff, loved reading, golfing and playing most other sports, and was an avid Steelers fan.

Jack will forever be remembered for bringing the Delaware Wing T to this area, for his passion for teaching and motivating his students and players, for having many of his players follow in his footsteps into coaching, for his deep booming voice, for his great love for the game of football and enjoyment in teaching others life lessons through the game but most of all for his love of his family, friends, fellow coaches, students and players. He will be sorely missed by all that knew and loved him.

Following cremation, a Mass of Christian Burial will be held at a later date.

The family has entrusted the funeral arrangements to the Kenworthy Funeral Home & Crematory, Inc., 269 Frederick Street, Hanover, PA. Memories and condolences may be shared at www.kenworthyfh.com.

Published by Evening Sun from Jan. 2 to Jan. 3, 2021.
To plant trees in memory, please visit the Sympathy Store.
MEMORIAL EVENTS
To offer your sympathy during this difficult time, you can now have memorial trees planted in a National Forest in memory of your loved one.
Funeral services provided by:
Kenworthy Funeral Home
MAKE A DONATION
MEMORIES & CONDOLENCES
Sponsored by EveningSun.com.
5 Entries
I played for Coach Conner and was also a student of his. What I remember the most was his easy smile and laugh. He always seamed to know when to give you a pat on the back and some encouragement and he also know when to give you a bit of tough love. He was someone you could talk to to get good advice. He will be sorely missed. My condolences to The Connor Family.
Tom Leister
Student
January 13, 2021
Mr. Connor was my history teacher at Hanover High, and I always enjoyed his class, his humor and his way of teaching.. he made an impression on me and he is one of the teacher I have vivid memories of him greeting you as you entered and leaving the class. Such a nice pleasant teacher to have, and he made history fun and interesting.. rest in peace.
Mary-Jo Herr
Student
January 6, 2021
Coach Connor had a wonderful influence on my life as a young football player very early in his coaching career. To this day, I still remember and sometimes repeat some of the lessons he taught me. One I can paraphrase is "If you're going to make a mistake, make it decisively and fast. It may turn out alright." What he taught me about the game of football was equally applicable to life. He taught me more than he even knew I learned and remembered. He probably never knew how highly I regarded him. Rest in Peace, Coach. I hope we will meet again on another gridiron in another time and place.
SWHS 1960s
Student
January 4, 2021
My sincere condolences to the Connor family. Little did we know at the time what a legendary figure we had to teach and coach at SW. I am proud to say I knew Mr. Connor. I was in the SW class of 1962.
Adele Rall
Student
January 3, 2021
Jack was a leader to young men for many years. I called Dr. Stevens when rumors flew in the 1970's and he said he would never fire Coach because he set such high personal standards and was a great example to all young adults. In 1990 Jack then entrusted me to set those same standards to the Falcon ninth grade team as an outsider to the school system. I hope I lived up to his image. Jeff Rebert
jeff rebert
Friend
January 3, 2021
Showing 1 - 5 of 5 results