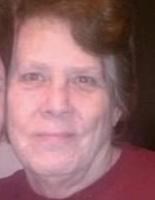 BORN
1947
DIED
2021
FUNERAL HOME
Brown & Powers Funeral Home
101 West Avenue
Angelica, NY
E. Diane (Hunt) Kuc
Angelica - Diane Kuc, 74 of Allegany Avenue, passed away peacefully surrounded by family on Sunday (July 18, 2021) at Jones Memorial Hospital.
She was born in Atlanta, Georgia on March 1, 1947 the daughter of Wiley Hunt and Laura Swafford Hunt. Diane had worked for the American Legion Post #414 of Angelica, and was part of the Ladies Auxiliary, but was most notably remembered for working in the Deli at the former Harris Grocery in Angelica for many years. She'll be fondly remembered for her love of Bingo, cooking, crocheting, and family gatherings. She had a great love of family especially her grandchildren and great grandchildren. Diane's favorite saying was "I Love You Darling".
She was predeceased by her parents, and 3 sisters Betty, Lois, and Mary Ann.
She is survived by her daughter Tina Baker of Belmont, her 3 sons Rick (Brenda) Baker of West Seneca, Ron (Deb) Baker of Mexico, Roger (Denise) Baker of Angelica, her 2 sisters Darlene (Rick) Reickerd of Emporium, PA, Marie Hunt of Canon City, CO, her 10 grandchildren, 8 great grandchildren, several nieces, nephews and a lot of extended family.
Diane's wishes were to have no services. The family will have a private gathering.
To send the family a condolence please visit www.brownandpowersfuneralhomes.com or on Facebook @ brownpowersfh, the family is being assisted by director Chester A. Gosper IV.
Funeral arrangements are with the Brown & Powers Funeral Home in Angelica.
Donations can be made to the Angelica Rescue Squad PO Box 154 Angelica NY 14709.
Published by Hornell Evening Tribune from Jul. 24 to Jul. 25, 2021.
To plant trees in memory, please visit the Sympathy Store.
MEMORIAL EVENTS
To offer your sympathy during this difficult time, you can now have memorial trees planted in a National Forest in memory of your loved one.
Funeral services provided by:
Brown & Powers Funeral Home
MAKE A DONATION
MEMORIES & CONDOLENCES
Sponsored by Brown & Powers Funeral Home.
0 Entries
Be the first to post a memory or condolences.