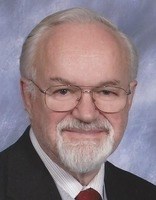 BORN
1937
DIED
2021
Dr. Walter (Wladyslaw) A. Orlowski
Scio - Dr. Walter (Wladyslaw) A. Orlowski, age 84, of Scio, NY, passed away peacefully on July 27, 2021 at Strong Memorial Hospital in Rochester following a brief illness. He was born June 27, 1937 in Huta Pieniacka, Poland, the son of the late Jadwiga and Franciszek Orlowski.
Walter and his family were deported to the Soviet Gulag in Siberia in February 1940 after Soviet forces raided his family's village. There they suffered starvation, disease, extreme cold, and many other horrors. Miraculously, Walter, his sister Janina, and his parents all survived. As war refugees, the family journeyed southward from Siberia, then lived in Iran, Lebanon, and England. They immigrated to the US in 1951 and lived in New York City. Walter attended Seward Park High School, the City College of New York, and earned a D.D.S. from the University of Medicine and Dentistry of New Jersey, and a Ph.D. in Oral Pathology from the University of Rochester.
As a practicing oral pathologist and professor of dentistry, Walter taught and worked at three universities in the greater NYC area, culminating at NYU School of Dentistry. He dedicated his efforts in academia to teaching, research, and clinical work (directing the dental clinic and biopsy lab).
Walter met his wife, Barbara Kruze (Kruszynski) at a Polish cultural club in Rochester and married on December 17, 1966. He valued family, heritage, friendship, education, and nature. He was overjoyed at the arrival of his seven children and five grandchildren. Walter expressed his love for his family through action, always ready to help no matter how big or challenging the task, from carpentry to cooking.
A natural orator and storyteller, Walter especially enjoyed a lively debate, always with a twinkle in his eyes. Family dinners were times to expound on history, politics, science, and family stories. A rebellious spirit he believed it was healthy to challenge authority at times and promoted the value of thinking independently. Walter kept his witty sense of humor to the very end, cracking jokes with a mischievous grin.
Walter had compassion for all animals great and small, and enjoyed his many rescues including cats, dogs and birds. In his later years, he fostered multiple farm animals such as horses, mules, and cows through the SPCA Serving Allegany County.
Walter's love and appreciation for his cultural heritage and history never waned. His personal mission was to ensure that the horror and trauma of war not be forgotten. In his retirement Walter presented twenty three lectures titled "Survival in a Godless Land"—which detailed the experiences of his family and the horrors of World War II.
In addition to his wife Barbara, surviving are six children, Katherine (Andrew) Hubbard, Francis Orlowski, Krystyna Orlowski (Brian Harte), Marya (Jason) Fancey, Eva Orlowski (Sandor Kekesi), Thaddeus Orlowski (Jessica Schwartz), his grandchildren Viviane Harte, Lucas Harte, Henry Harte, Jason Orlowski, and Christopher Manfredo, his sister Janina Danilow and her children Elizabeth and Anthony, as well as additional nieces and nephews.
He was predeceased, in addition to his parents, by a son, Joseph Franck Orlowski.
Published by Hornell Evening Tribune from Jul. 31 to Aug. 1, 2021.
To plant trees in memory, please visit the Sympathy Store.
MEMORIAL EVENTS
To offer your sympathy during this difficult time, you can now have memorial trees planted in a National Forest in memory of your loved one.
MAKE A DONATION
MEMORIES & CONDOLENCES
1 Entry
Condolences He was a notable member of the Kresy-Siberia community and he will be missed.
Stefan Wisniowski
Other
August 12, 2021
Showing 1 - 1 of 1 results