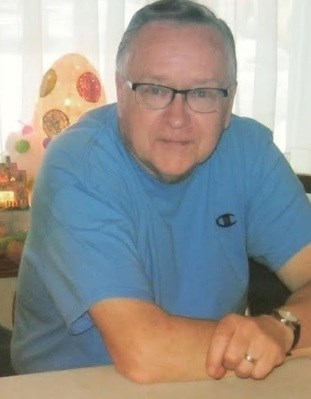 Kenneth King, age 69, of Schofield passed away on Monday, October 5, 2015. He was surrounded by family and the loving staff at Tender Reflections in Weston.

Ken was born on March 31, 1946 to Henry and Frances (Landowski) King. He graduated from DC Everest High School and began working at Greenheck Fan Corporation in 1967. Ken was the supervisor of the Gravity Department and retired after 42 years, making him a member of their "Quarter of a Century" club.

Ken went on to marry his best friend and love of his life, Judy Bentley, on August 7, 1965 at St. Therese Catholic Church in Rothschild. The couple recently celebrated their 50th wedding anniversary.

Ken's hobbies included: hunting, bingo, playing poker, family get-togethers and home improvement projects. He was a talented craftsman, a trait he often was credited for from his father. Some of his woodwork creations were curio cabinets, furniture, dressers and bedroom sets for each of his three grandchildren.

Ken shot pool for over 40 years at the 19th Hole with his closest friends, John, Jeff, Wib and the Hahn boys. Ken especially enjoyed his yearly trip to Vegas where he and Judy would go every April and they would stay at the Golden Nugget. Ken will truly be missed by all who knew and loved him.

He was preceded in death by his father, Henry; brother-in-law, Eugene (Buddy) Stanke; mother and father-in-law, Edith and Raymond Bentley; and sister-in-law, Judy Bentley.

The family would like to extend a special thank you to the staff at Ministry Hospice and Tender Reflections for the exceptional care that they provided to our beloved, Kenneth.

Funeral Mass will be at 11:00a.m. on Saturday, October 10, 2015, at St. Mark's Catholic Church, 602 Military Road, Rothschild. The Reverend Allan Slowiak will officiate. Visitation will be from 4:00 p.m. to 7:00 p.m. on Friday, October 9, 2015, at Brainard Funeral Home-Everest Chapel, 5217 Memorial Court, Weston, and again on Saturday, October 10, 2015, from 10:00 a.m. to the time of services at the church. A prayer service will be held at 6:00 p.m. on Friday, October 9, 2015, at the funeral home. A luncheon will follow the service on Saturday and will be held at the Rothschild Village Hall. In lieu of flowers, please direct memorials to the family so they may donate to a charity of their choice in Ken's name.

Brainard Funeral Home-Everest Chapel is assisting the family with arrangements.


Published by Everest Herald from Oct. 8 to Oct. 16, 2015.
To plant trees in memory, please visit the Sympathy Store.
MEMORIAL EVENTS
To offer your sympathy during this difficult time, you can now have memorial trees planted in a National Forest in memory of your loved one.
Funeral services provided by:
Brainard Funeral Home and Cremation Center - Everest Chapel
MAKE A DONATION
Please consider a donation as requested by the family.
MEMORIES & CONDOLENCES
9 Entries
PLEASE KNOW I AM THINKING OF YOU AT THIS MOST DIFFICULT TIME.LOOK TO GOD FOR COMFORT.2COR1:2-4
C THOMAS
October 22, 2015
Judy,
I am very sorry to hear about Ken's passing. My prayers are with you and your family.
Danuta Halinowski
October 15, 2015
Judy I am so sorry for the loss of Kenny I remember you dating in school. God has blessed you with someone you loved and loved being with.
Kathy Tietz-Vercimak
October 15, 2015
Ken will continue to shine through those who knew him and love him. He is truly one in a million. My prayers go out to Judy and the rest of the family. Ken is ok now, I'm sure he already had a Popsicle or two in heaven.
Pamela Lepel
October 10, 2015
Judy I was totally shocked when I read that Ken Had passed, you have my sympathies, will miss seeing you two together.
Valgene
October 9, 2015
Judy and Family,
My thoughts and prayers are with you and your family. It was great seeing you and Kenny and your brother Bob at the Class Reunion last year.
Cherish those memories.
Andrea Neitzke Richmond
October 9, 2015
Ken will be surly missed by Judy and family. I'm sure the Lord had a special need, a special person was needed for decorations. Just think of how the Gate of Heaven is going to look with Ken in charge.
Lee Wysocki
October 8, 2015
It can be so hard to face the first year without your loved one, but the love of family and friends can carry you through.
Ronald Lillie
October 8, 2015
Take comfort in knowing that now you have a special guardian angel to watch over you.
Lowell Podeweltz
October 8, 2015
Showing 1 - 9 of 9 results