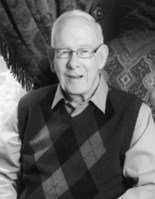 BORN
1931
DIED
2021
FUNERAL HOME
Davis Family Funeral Home - Walker Brown Chapel
4201 Nowata Road
Bartlesville, OK
Leonard Lawrence Vaughan
Leonard Lawrence Vaughan, 90, entered into eternal life on July 15, 2021, in Carrollton, TX.
Leonard was born to parents Cecil and Jessie Vaughan on April 3, 1931, in St. Louis, MO. Raised in Sikeston, MO, he graduated from the University of Missouri with a degree in Chemical Engineering in 1953. Immediately after graduating, he went to work for the Phillips Petroleum Company in Dumas, TX. He left West Texas for a two-year tour of duty at the Philadelphia Armory and then returned to Dumas to resume his career. It was there he met the love of his life, Kathryn Davlin, whom he married in February 1957 and they remained married until her death in 2015.
Leonard and Kathy moved to Bartlesville, OK, in 1958 and considered this place to be their home. They raised their family here and Leonard finished his career with Phillips in 1986. In retirement, he enjoyed golf, traveling the world, and spending time with his children and grandchildren. Leonard was also a deacon at First Baptist Church in Bartlesville and was active in many areas of church life. After more than 50 years in Bartlesville, Leonard and Kathy relocated to Carrollton, TX in 2010.
Leonard was preceded in death by his wife, Kathy, and his parents. He will be greatly missed by two daughters, Becky Harrell and husband David, and Sharon Vaughan. He was also a beloved Papa to his grandchildren Alison and Steven, and a cherished Papa Leonard to Evelyn Claire, Nora Lillian, Eli Quinn, Theodore Jude and Bennett Reid.
Leonard's family will receive friends at the Davis Family Funeral Home & Crematory – Walker Brown Chapel, 918-333-7665, 4201 Nowata Rd, Bartlesville, on Tuesday, July 20, from 6-7:30 p.m. Visitation will also be held on Tuesday from 10-8.
A remembrance service will be held at 10 a.m. on Wednesday, July 21, at the Davis Family Funeral Home & Crematory – Walker Brown Chapel. Interment will follow in the Memorial Park Cemetery in Bartlesville. Services are under the direction of Carter Davis and the Davis Family Funeral Home & Crematory – Walker Brown Chapel. Online condolences and remembrances may be shared at www.DavisFamilyFuneralHome.com.
Published by Examiner-Enterprise from Jul. 16 to Jul. 20, 2021.
To plant trees in memory, please visit the Sympathy Store.
MEMORIAL EVENTS
Jul
21
Service
10:00a.m.
Davis Family Funeral Home - Walker Brown Chapel
4201 Nowata Road, Bartlesville, OK
Jul
21
Interment
Memorial Park Cemetery
Bartlesville, OK
Funeral services provided by:
Davis Family Funeral Home - Walker Brown Chapel
MAKE A DONATION
MEMORIES & CONDOLENCES
0 Entries
Be the first to post a memory or condolences.