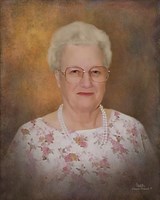 BORN
1935
DIED
2021
FUNERAL HOME
Arnold Moore & Neekamp Funeral Home
710 Southeast Dewey
Bartlesville, OK
Lois Joan Sims
Pryor - Lois Joan Sims passed from this life July 12, 2021 in Pryor, OK at the age of 85.
Joan was born September 14, 1935 to Harry V. and Leota Mae Fiddler. She attended Ramona Schools until graduating in 1953. Joan then married Bill Davis and they had 3 children, Billy, Timmy, & Cindy.
Joan and Bill later moved to Louisiana for work and raised their children there, making Louisiana and Texas her home for many years. She moved back to the Bartlesville area in the late 90's where she later married Jerry Sims.
Joan loved putting puzzles together, playing the penny slots, going to concerts, and loving life with Jerry. Joan was a waitress for many years then later worked for Sears as a cashier until she retired in 2016.
She was preceded in death by Papa Jerry on May 3, 2021; her parents, Harry and Leota; and a brother, Robert Fiddler.
She is survived by one sister, Carole Couch and her husband DeWayne of Pryor, OK; one brother, Harry Glen and his wife Sue of Ramona, OK; 2 sons, William Oran Davis Jr. and his wife Sharon of Grove, OK and Timothy Michael Davis; one daughter, Cindy Darlene Finn; 4 grandchildren, William Oran Davis III and his wife Allicia, Matthew Vernon Davis and his wife Lindsay of California, Shaston Nicole Finn, and Chad Walter Finn and his wife Kelly; 7 great grandchildren, and many nieces, nephews.
Visitation for Joan will be held Friday July 16 from 9:00 am until 7:00 pm. Graveside services will be held at Ramona Cemetery Saturday July 17, at 10:00 am. Arrangements have been entrusted to Arnold Moore & Neekamp Funeral Services. Online condolences can be left at honoringmemories.com.
Published by Examiner-Enterprise from Jul. 16 to Jul. 18, 2021.
To plant trees in memory, please visit the Sympathy Store.
MEMORIAL EVENTS
Jul
17
Graveside service
10:00a.m.
Ramona Cemetery
OK
Funeral services provided by:
Arnold Moore & Neekamp Funeral Home
MAKE A DONATION
MEMORIES & CONDOLENCES
0 Entries
Be the first to post a memory or condolences.