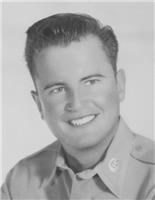 BORN
1936
DIED
2017
FUNERAL HOME
Arnold Moore & Neekamp Funeral Home
710 Southeast Dewey
Bartlesville, OK
Otis Edward "Ed" Ririe, Jr. passed away suddenly on January 24, 2017. He was born August 4, 1936, in Tulsa to Otis E. Ririe and Florence K. Robinson. While just a baby, the family moved to Redondo Beach, California, where he grew up, graduating from Redondo Beach High School in 1954. He attended the University of California-Berkeley but decided to enlist in the United States Air Force. He was stationed at Gallup, NM, as a member of the 769th AC & W Squadron.
While living in the Gallup area, he met Alice Ann Shaul. After leaving the Air Force, Ed joined Alice at New Mexico State University in Las Cruces, NM. The two were married at St. Paul's Methodist Church on August 8, 1959. Ed worked at White Sands Missile Range while completing his degree from NMSU. He graduated with a B. S. in Mechanical Engineering in 1963 and accepted a job with Phillips Petroleum Company in Bartlesville.
After working for a number of years, Ed was part of the original group that split from Phillips and formed Applied Automation. It was during this time that he and Alice started Keepsake Candles in 1969 in the family's kitchen. As Ed was fond of saying, it started as a church Christmas bazaar project that "got out of hand." He and Alice developed a way to make the company's unique candles and they quickly became popular with stores and customers around the world. He continued working with Alice in the candle business after eventually retiring from Applied Automation in 1989.
Ed was always up for an adventure. He loved talking with people to share stories and jokes. He loved helping people, too, as an expression of his faith. He and Alice helped welcome Vietnamese refugees to Bartlesville in 1975. He took part in numerous mission teams to Guatemala, Chile, Honduras, Dominican Republic, Mexico, Casa Esperanza in Albuquerque, and disaster response efforts in Oklahoma.
Many will remember Ed for his love of his family's Osage heritage, trains, jazz music, bad jokes, good food, and his dog, Diesel. But most of all, he will be remembered for his love for his family. He is survived by his beloved wife, Alice; daughter and son-in-law Katherine and Keith Yancey of Boston, MA; daughter and son-in-law Karen and Juan Distefano of Bartlesville; sister Jean Abshire of Bartlesville; nephew Mark Abshire and wife, Melissa, of Collinsville; nephew USAF Maj. Todd Abshire and wife, Kim, of Derby, KS; and, numerous great-nephews and nieces. He was preceded in death by his parents, Otis and Florence.
A memorial service will be held at Oak Park United Methodist Church on Monday, January 30, at 2:00 pm. In lieu of flowers, donations in Ed's memory can be made to Oak Park UMC Mission Fund, 601 Brentwood, Bartlesville, OK 74003.
Arrangements are under the direction of the Arnold Moore & Neekamp Funeral Home, 710 S. Dewey Ave. Online condolences may be left at www.honoringmemories.com.
Published by Examiner-Enterprise from Jan. 29 to Feb. 28, 2017.
To plant trees in memory, please visit the Sympathy Store.
MEMORIAL EVENTS
To offer your sympathy during this difficult time, you can now have memorial trees planted in a National Forest in memory of your loved one.
Funeral services provided by:
Arnold Moore & Neekamp Funeral Home
MAKE A DONATION
MEMORIES & CONDOLENCES
9 Entries
So sorry for your loss, Alice. Ed was
a great friend and fellow Air Force family member. I will miss him.
George Giefer
February 12, 2017
Ed was a great guy. Alice our prayers are with you.
Joyce & Calvin Currell
February 11, 2017
So sorry to hear this. Always enjoyed working with Ed, he had a down to earth
way about his engineering.
Gene Waldorf
January 30, 2017
A wonderful life and legacy. Deepest condolences to you all.
Sue Postelwait
January 28, 2017
My love & prayers Alice & for your family, God's Blessings.♥♥
Sharon Cochrun
January 28, 2017
So sorry for your loss.
Jack & Elaine Doyle
January 28, 2017
Ed will be remembered for so many things. He liked to bring up the OU and Bronco scores with me when they lost. He had a wonderful wit about him, and I will miss him. Praying for comfort and strength for family and friends.
January 28, 2017
Barbara Turner
January 28, 2017
Sorry for your loss especially the family when it is a sudden death it isn't easy cause you didn't get a chance to say goodbye. All I can say is find comfort from each other (Matthew 5:4) when you share memories and love.
Em
January 27, 2017
Showing 1 - 9 of 9 results