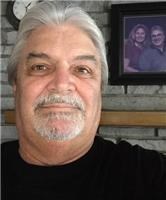 He was born on December 6th, 1950 in Independence, Missouri to the parents of Garland and Edith (Parker) Boniedot. Glenn graduated from William Chrisman High School in 1969. Following graduation, he served in Vietnam with the 101st Airborne Division of the United States Army from 1970-71. Glenn retired in 1999 from General Motors Fairfax after 30 years of employment. Glenn married the love of his life, Ellen, in 1981 where they built a life together in Independence, Missouri while raising four beautiful daughters before retiring to Fair Play, Missouri. They spent 40 wonderful years together. Glenn enjoyed playing music, fishing, spending time with his family and friends, being outdoors, and being on the lake. Glenn always had a smile on his face and was known as a jokester with a wonderful sense of humor. After moving to Fair Play, he became a member of the master road district.

Glenn is preceded in death by parents Garland and Edith (Parker) Boniedot, and brothers Gene and Roy Boniedot.

Friends and family may gather from 12-2 p.m. on Tuesday, April 20, 2021 at Speaks Suburban Chapel at 18020 E. 39th Street, Independence, MO. A private service for the family. Following the private service, burial proceedings will be at Oak Ridge Memory Gardens at 18301 E. Salisbury Road, Independence, MO. Please join the family in celebrating Glenn's life with a military 21 gun salute.

In lieu of flowers, the family is asking donations be given to the Disabled American Veterans.

Online condolences may be expressed to the family at www.speakschapel.com