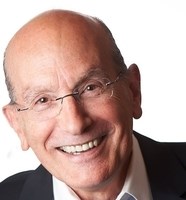 Published by Stamford Advocate & Connecticut Post & The Hour & Greenwich Time & Danbury on Jan. 22, 2021.
To plant trees in memory, please visit the Sympathy Store.
MEMORIAL EVENTS
To offer your sympathy during this difficult time, you can now have memorial trees planted in a National Forest in memory of your loved one.
Funeral services provided by:
Thomas M. Gallagher Funeral Home
MAKE A DONATION
MEMORIES & CONDOLENCES
Sponsored by Thomas M. Gallagher Funeral Home.
13 Entries
In the mid 80s, in the midst of a prolonged med mal law suit filled with emotion, Richard was there with a hug and a reassuring smile, as well as brilliant counsel. He will remain in my memory forever. I also remember his speaking lovingly of his family, to whom I offer my most sincere condolences.
Mary Gai (formerly Gay)
February 23, 2021
May your hearts soon be filled with wonderful memories of joyful times together as you celebrate a life well lived. Please except my sincerest condolences to you & your family for the loss of your loved one.
Simone Taylor
February 1, 2021
Sad to hear of the passing of Dick.
He was a gentleman, an advocate of immeasurable strength and a kingpin of the Koskoff firm.
The devil is in now trouble with Richard Bieder in heaven!
Just a former client and friend
January 29, 2021
To the family of Richard Bieder,

My thought and prayers are with you all. Rich was my counsellor at JC day camp many many years ago .He was such a great guy it was easy to see how it carried over to his brillant legal career. I can remember him pitching to us in the hot sun.I can remember bumping into him one day and the first thing he said was remember all those pitches I threw to back in camp,we both laughed.What great memories,bless you Rich ,you are a true Stamford legend.
Richard Shoztic
Friend
January 28, 2021
Dear Erik and family,
I am sorry for your loss. May your memories warm your heart and comfort you during this difficult time and in the days ahead.
Candace Burke
Friend
January 27, 2021
Fair Winds and Following Seas, Shipmate. Rest in peace, your watch is over.
Fellow Navy Sailor
January 25, 2021
You were the best and you were there when it counted. You will never be forgotten.
ROY BERTALOVITZ (Retired) Underwater Construction Corporation
Acquaintance
January 24, 2021
Everyone knows what a brilliant lawyer Richard was. Not everyone knows of the myriad occasions he took time from his demanding schedule to lend a hand to a new friend or colleague. For me, I remember Richard offering wise advice to a fledgling lawyer when I was first starting out and more recently sending me a brilliant off the cuff detailed case strategy for my client's case...and many times in between. Thank you and Rest in Peace, Richard. You have earned it!
Christine Niedermeier
Friend
January 24, 2021
I have some fond memories of Rich back in the day when were classmates at Julia A. Stark Elelm. School May he rest in peace. God" speed buddy.

Ed Iacovo
Friend
January 23, 2021
Dear Julie, Eric and Families
We are sorry to hear about your loss. It sounds like your Dad was a very special person, spending most of his life helping others ,still having time for your family and grandchildren.He will be remembered by so many.
Sincere thoughts
Your fomer neighbors The Blosio Family
Rosemarie Blosio
Neighbor
January 23, 2021
Dear Erik and family,

I am so very sorry to read of the passing of your father. It was an honor to learn of his amazing and inspiring life.... truly a profound loss to family, friends and community. You will be in my thoughts and prayers
Gloria Sinaguglia
Friend
January 22, 2021
A truly wonderful and talented human being.. the smile says it all. May he rest in peace.
sheryl shaughnessey
Acquaintance
January 22, 2021
I am in awe of all Richard accomplished in his lifetime.
May he rest in eternal peace.
Sincerely,
New Canaan, Ct resident
January 22, 2021
Showing 1 - 13 of 13 results