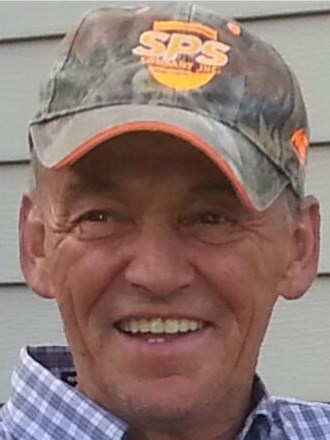 Ken was born in Bemidji, MN to Art and Evelyn Geller. He grew up and went to school in Bemidji later moving to Faribault where he met and married Diane Kalien on September 6, 1975. They had one daughter, Korey Lyn. On September 25, 1999 he married Deb Lindquist. Ken worked at several places including the Turkey Store, Holiday Gas, Gay Schwatke, American Rental, Erickson Plumbing and Heating, Faribo Plumbing and Heating, and McCarthy Plumbing and Heating. Ken also owned and operated Geller Hardware in Nerstrand, The Strip N Shop in Faribault and for a time while living in Cook he had Geller Plumbing and Heating. He enjoyed daily trips to have coffee with friends until his health prevented it. Ken's pastimes included watching the Twins, Vikings, NASCAR, and Gunsmoke. We always joked that his hobby was work.

A special thank you to all of his doctors and caregivers at Abbott, Virginia Piper Cancer Center, Northfield Radiation Oncology and Allina Heath Home Care-Hospice.

Ken was affectionately known by many as "The Old Goat", "Old Man" and Kenny G. Ken will be dearly missed by many for his quick wit, sense of humor and big heart.

Funeral arrangements are being completed with the Parker Kohl Funeral Home & Crematory of Faribault.