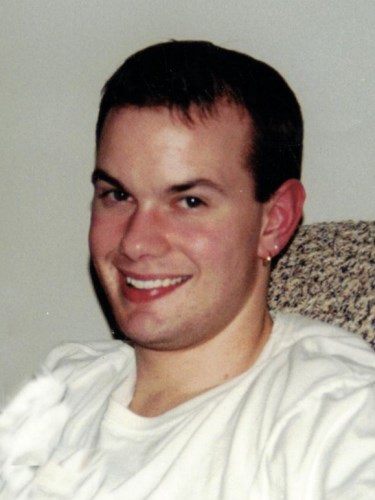 Private services will be held at Boldt Funeral Home, Faribault. The Reverend Tony Crombie will officiate. Interment will be at Maple Lawn Cemetery.

Ryan Dale, the son of Alan Anderson and Jane Hamilton-Cross was born on June 29, 1981 in Eau Claire, Wisconsin. At an early age he moved with his family to Faribault. His brothers have many fond memories of playing outside with Ryan and their friends. Ryan had a passion for camping and was proud to become an Eagle Scout in 1999. He graduated from Faribault High School in 2000. After graduating, Ryan enrolled in Vo-Tech school in Rochester. He was a wonderful jewelry salesman. Ryan was an avid sports fan, especially of the Minnesota Twins. He regularly attended Twins Fest, enjoyed collecting Twins and other sports memorabilia. His family will always remember his beautiful smile. No matter what, Ryan always loved his children most of all.

Ryan was preceded in death by his grandfather, Alton Anderson and niece, Grace Elizabeth Anderson.

Visit boldtfuneralhome.com for information and guestbook.

To plant trees in memory, please visit our Sympathy Store.
Published by Faribault Daily News from Apr. 7 to Apr. 8, 2021.
MEMORIAL EVENTS
No memorial events are currently scheduled.
To offer your sympathy during this difficult time, you can now have memorial trees planted in a National Forest in memory of your loved one.
Funeral services provided by:
Boldt Funeral Homes
GUEST BOOK
1 Entry
May God bless you and your family in this time of sorrow.
April 7, 2021