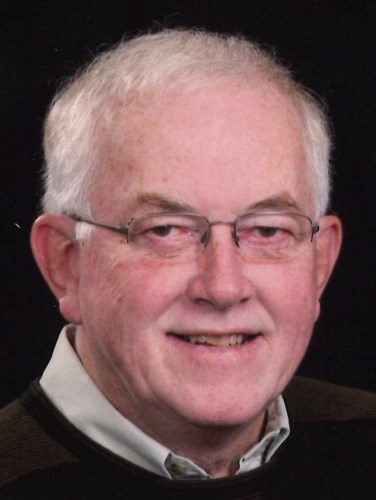 BORN
October 16, 1946
DIED
April 11, 2021
Cleveland - Thomas "Tom" J. Stearns, age 74 of Cleveland, MN passed away on Sunday, April 11th, 2021 at Ridgeview Nursing Home in Le Sueur. He succumbed to an aggressive form of pancreatic cancer and was in the presence of family members during his final days. Visitation will be held on Friday, April 16, 2021 from 5:00p.m.- 8:00p.m. at the St. Peter Funeral Home. Private family memorial service will be held at a later date. St. Peter Funeral Home is assisting the family with arrangements. Condolences can be left for the family at www.saintpeterfuneralhome.com

Thomas John Stearns, the eldest son of Conrad and Helen (Zabel) Stearns, was born on October 16, 1946 in Faribault, MN. Tom attended Faribault High School and graduated with the class of 1964. He then focused on vocational training in drafting and surveying for two years at Mankato's Vo Tech school and also while enlisted in the U.S. Navy for four years from 1966 to 1970. Tom's time in the military was primarily with the naval construction battalion ("SeaBees") where his assignments included two consecutive tours of duty in Antarctica and one tour of duty in Vietnam.

After military service Tom returned to south central Minnesota, married Judy Jones of Cambria, MN and together they raised a family of five children; first in Lake Crystal then in Gaylord, MN.

Tom's career as a draftsman and surveying engineer continued for over 40 years. In terms of hobbies, Tom very much enjoyed spending time with his children and grandchildren at his lake property on Lake Jefferson and was an avid hunter and fisherman. He was also an accomplished woodworker and enjoyed traveling, particularly in retirement.

Tom was preceded in death by wife of 27 years Judy; his parents; mother-in-law, DeLoris Jones of Cambria and by his sister-in-law Connie Jones of New Ulm, MN.

Tom was a very welcoming and loving person with a profound respect and knowledge of nature. He was a beloved father, grandfather, brother, and friend, and will be fondly remembered and sorely missed.

In lieu of flowers, please consider a donation to an organization of choice in Tom's name.
To plant trees in memory, please visit our Sympathy Store.
Published by Faribault Daily News from Apr. 13 to Apr. 16, 2021.
MEMORIAL EVENTS
Apr
16
Visitation
5:00p.m. - 8:00p.m.
Saint Peter Funeral Home - Klein Chapel
906 N Washington Street, St., Minnesota 56082
Funeral services provided by:
Saint Peter Funeral Home - Klein Chapel
GUEST BOOK
1 Entry
Growing up next door to the Stearns' was the best and being related (cousins) made it all the better!

Tom and Jim were the brothers that I never had. After begging to play basketball, I remember Tom hoisting me up on his shoulders (I was maybe 4 or 5) so that I could make a basket. It didn't matter to them that I was the pesky little girl (that never shut-up) next door. I also remember Mary telling me stories too. She would insist that she didn't have any 'little lambs' only a dog, but I kept asking anyway where they were. (Fond memories)

Every fall Tom, Conrad, Dave Klatt and my dad (Lawrence 'Tiny' Eiler) would head out before dawn in search of deer, ducks or geese to hunt. It was very rare for them to get 'skunked'. I always enjoyed hearing their stories and seeing if they'd let me help out cleaning what they got.

I thank Tom for my interest in travelling to Antarctica someday. It was because of seeing his pictures from Antarctica when he was in the service, that I decided, I too wanted to go there. Seeing him with the Emperor Penguins was so exciting.

Tom, you will be greatly missed by your family and many friends. Rest in Peace Tom. Someday we'll meet again and we can swap stories.
Lucinda Gaylor
Family
April 13, 2021