This obituary was originally published in the Fayetteville Observer.
Published by Fayetteville Observer from Oct. 10 to Oct. 11, 2012.
To plant trees in memory, please visit the Sympathy Store.
MEMORIAL EVENTS
To offer your sympathy during this difficult time, you can now have memorial trees planted in a National Forest in memory of your loved one.
MAKE A DONATION
MEMORIES & CONDOLENCES
55 Entries
Thank you for the ultimate sacrifice and for not hiding who you are. You have broken barriers
July 21, 2013
Thank you for your service and for protecting me, my family, and friends. Without your true dedication, our nation would be in a mess. You are one of the many reason we are free! Your family and friends are grieving the loss of your company, but when the fog lifts, they will see you stand proudly guarding Heaven, waiting to help you pass into Heaven. Thank you for giving the ultimate sacrifice. Bless your family and know she is watching over you.
Stephen Toepel, TSgt, USAF (ret)
October 16, 2012
I am so sorry for your loss. May Donna rest in peace.
L.J. Scott
October 15, 2012
April Bratcher
October 15, 2012
Rebecca Davis
October 15, 2012
Thinking of your family and loved ones. Honoring your memory. RIP.
October 15, 2012
Prayer Shawls 4 Fallen Soldiers ([email protected]) is an organization with groups throughout the country who work to send handmade prayer shawls and/or lap robes to families who have lost a loved one while serving our country. Members of Trindle Spring Lutheran Church would like to honor your daughter and wife's sacrifice and memory by sending our prayers and comfort through a prayer gift which will be mailed to you. If you are interested, please contact me at [email protected] with the names and addresses of those who would like to receive one and which gift they would like to receive. We will send our gift as soon as possible.
I received your information from my daughter whose friend serves in the same unit as your daughter. My prayers are with you.
Also, if you know of any other families who are grieving the loss of a loved on who died while serving our country, please pass along my e-mail address. May God bless you and comfort you in the days ahead. Sincerely, Lynne
Lynne Neibert
October 14, 2012
RIP Sgt Johnson. My sincere condolences to all Family and Friends. Thank you for your Service and Sacrifice for our Country.
Kim White
October 14, 2012
SSGT. Johnson is a true and brave Americana Hero, she is a Hero to her family and she is a Hero to her country. And even though I never got to meet her, she has become a brand new Hero to me. I hope that one day I will be able to meet her and to salute her and to tell her "Thank You" for her wonderful service to our country. I will never forget this true and brave American Hero. SSGT. Johnson, I just want you to know that you will never be forgotten. Rest in peace brave American Soldier, Your family is in my heart thoughts and prayers.
Prayers for this brave Soldiers family,

Kyndal.
Kyndal Payne
October 13, 2012
An American Hero on earth. A guradian Angel in Heaven. God bless you all. My prayers are with all Donna's family and friends. It was an honor to bring my family to support you all today.
Cynthia Rader
October 13, 2012
To the family of Donna - You do not know me, but I honor your daughter's service. Bless you all as you go forward.
Debbie Dalton
October 13, 2012
Blessed Be.. You will not be forgotten!
October 13, 2012
Honored soldier, thank you for a battle well fought. I am sorry for the ones left behind but they love you. May you rest well away from the pain in this world. May the pain of your passing ease for your family over time. Thank you so much. All give some, you gave all. Blessed be honored one. May heaven recieve you well.
Ruth Donaldson
October 13, 2012
Donna,

Thank you for being our feiend, our sister, our battle buddy, and for being there when needed, you will never be forgotten.

Sgt. B. Parrish
Wardevil 1-1-C
b parrish
October 13, 2012
I am so Sorry for the loss of your American Hero! May God give you Peace and Bless you in everyway!
April Leigh Allred
October 13, 2012
In my mind, she is a HERO! She is in my heart and in my prayers. God bless her and all of her loved ones.
Peggy Smith
October 13, 2012
May you rest in peace. May our Father in heaven be with this family as they grieve.
Geri Acuff
October 13, 2012
God Bless you. There is another angel in heaven. The wings of her love fluttering gently now protected by God as she protected us in life.
Carla Hepp
October 13, 2012
R.I.P. Donna and Thank you for your sacrifice. May God Bless you and your family.
Nancy Smith
October 13, 2012
May the love of friends and family carry you through your grief.
Nancy Smith
October 13, 2012
GOD BLESS YOU IN YOUR TIME OF NEED.. THANK YOU FOR THE SERVICE YOUR DAUG GAVE SO THAT WE COULD ALL BE FREE. MY THOUGHTS AND PRAYS GO OUT TO YOU AND YOURS
ANNA PIERCE
October 13, 2012
you made the ultimate sacrifice for us. tomorrow I stand in the wall so your family and friends can mourn in peace.
John Hartman
October 12, 2012
We will miss you Sister in Arms till our arms are around our sister.
Mr.&Mrs William K. Gardner Sr.
October 12, 2012
May you rest in peace dear angel, your job is done. Our hero.
Sheryl Evans
October 12, 2012
I have many family members that served in the military service and have a daughter and son in law that went to school with Donna sister so my prayers go out to the family and I will be there tomorrow to wall off so your family can grieve and try to get on with your lives. Stay strong God will help you through it.
Diann Shepley
October 12, 2012
Every soldier is a HERO. God Bless this brave young lady for the price she gave for our Country. God Bless her family and friends. America will ALWAYS be indebted to them all.May she rest in peace and in the arms of our Lord, forever.
Don Killough
October 12, 2012
Thank you for giving all in the service of your country. We are greatful and mourn your loss. We will keep you and your family and loved ones in our prayers. A 26 year Army veteran.
thomas Spencer
October 12, 2012
Amanda Begley
October 12, 2012
God Bless Donna and her family. You are in our thoughts and prayers.
October 12, 2012
There are no words to express my utmost sympathies and prayers for this fallen soldier. She will be forever remembered. Her spirit is freed from Earthly burden and pain.
melissa Godoy
October 12, 2012
Praying for God to comfort you during this difficult time. We thank you for your soldier's service and honor her for her bravery and commitment to this fine country. I believe God has a special place for our fallen heroes and I know she will be in good company!
Judy Orchard
October 12, 2012
Rest in peace Donna , you will be missed greatly !!
Katrina Hall
October 12, 2012 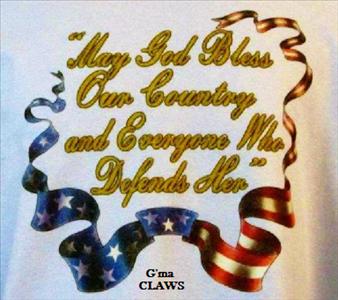 So sorry for your loss, of this wonderful human being, That gave her life for our country. RIP Beautiful one XOXO
Pat Webb
October 12, 2012 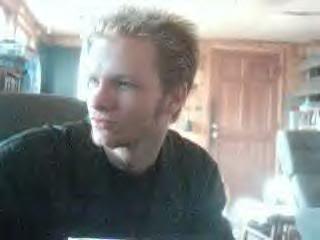 I miss basketball across the street from your house and being the weird kids hanging out in the park. I wish I'd stayed in contact after high school. My condolences to the family
Carl Rhuebottom
October 12, 2012
Lisa Garner
October 12, 2012
Rest in Peace Donna! Thanks to you and your family for your service to our country!
Courtney Youngs
October 11, 2012
So sorry for your loss. May God be with y'all. In my prayers!!!
Kim
October 11, 2012
I am so sorry for your loss. I pray God will bless you and your family with his presence, and comfort you in this difficult time.
Kyle Farneski
October 11, 2012
To the family: I would like to express my deepest sympathy for your dear loved one who has fallen asleep in death. May the God of all comfort be with you during this difficult time.
October 11, 2012
To the family of Sgt. Donna Johnson: There are no words that are adequate to express our gratitude to Donna for her brave service to defend our country and the way of love we all enjoy. Her ultimate sacrifice will not be forgotten. God rest her soul and give you eventual healing from your grief. She was among the best and bravest of our nation. I mourn your loss. Thank You Donna, Rest In Peace.
Marcia Carpenter
October 11, 2012
I thank Donna for her service to our country and wish her family peace and comfort with her passing. I did not know Donna but appreciate her service. Jackie Sugar Clements
Jackie Clements
October 11, 2012 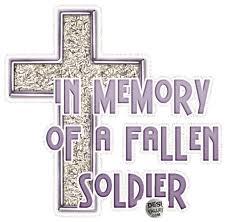 Tracy,
When I heard of your loss, I was truly saddened. I will be praying for the strength to come your way for now and for later down the road for you and the family. It is never easy to lose a love one, but when it happens, that love one becomes a memory and the memory becomes a treasure - but that love one is always your Angel, she just has wings now. She will be forever watching over you.
Dina Davis
October 11, 2012
Take comfort in knowing that now you have a special guardian angel to watch over you.
Janice Wickham
October 11, 2012
My thoughts are with you and your family at this time; may your memories bring you comfort.

“Perhaps they are not stars, but rather openings in heaven where the love of our lost ones pours through and shines down upon us to let us know they are happy.” ~~ Eskimo Proverb
Faye Daniels
October 10, 2012
So sorry for your loss. Her service to our country is very much appreciated.
Angie, Rick, Jordan and Jared Thomas
October 10, 2012
To Tracy and the Johson Family,

I am so sorry to hear of the loss of your loved one. As the daughter of both parents being in the Air Force, I want to thank you as we'll as Donna for the sacrifice that was made. I truly wish this didn't happen. You will all be in my prayers and thoughts. May God grant you the strength in Him to get you through this difficult time and allow you to celebrate all the wonderful times you had with Donna. I never met her but I am sure she was an amazing woman.
Lisa Bailey
October 10, 2012
We are sad to hear of this news. We send our condolences to the entire family. Staff SGT Johnson was a true American Hero. May God hold her and bless all who love her. The BattleSaint Family
BattleSaint
October 10, 2012
Eternally grateful for your sacrifice. May you Rest in Peace.
Carmen Kiser
October 10, 2012
I am so sorry for your loss. My prayers go out to your family.
October 10, 2012
"And this is the will of him who sent me, that I shall lose none of all that he has given me, but raise them up at the last day. For my Father's will is that everyone who looks to the Son and believes in him shall have eternal life, and I will raise him up at the last day." ~ John 6:39-40

May the Lord watch over you during this time of great sorrow.