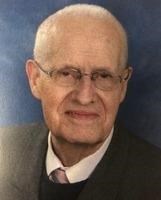 BORN
1935
DIED
2019
Wendell G. Small Jr.
Fayetteville—Mr. Wendell G. Small Jr., of Melba Drive, died on June 16th, 2019 at 83 years of age. Wendell was born on June 19th, 1935. He graduated from Biddeford ME H.S. in 1954, and Bates College In Lewiston, ME as a New England Kiwanis Scholar in 1958. He later received his M.L.S. and M. Ed. Degrees from URI and Worcester State College, respectively. After graduating from Bates, he served as a Japanese linguist and intelligence analyst for the U.S. Army; taught Sociology, Ancient History, and Math at Oxford Hills H.S., So. Paris ME, and worked for 15 years as the Corporate Librarian for the Worcester MA-based State Mutual Life Assurance Co. Mr. Small completed the 4-yr. course study program under the division of ministry, United Methodist Church, and was ordained Deacon in 1973 at Mt. Holyoke College in So. Hadley, MA by Bishop Edward G. Carroll. Rev. Small served Methodist Churches in Maine, Massachusetts, and Hawaii as a Lay Pastor for 22 years. He was employed as the Director of Religious Education by the 7th Corps Chaplain, Stuttgart & Nuremburg Greater Military Communities GE and the Fort Bragg Garrison NC from 1985 to 1997. He served as the Christian Education Director of the Fayetteville district, NC Annual Conference of the United Methodist Church from 1999-2001. Mr. Small held membership and leadership roles in various religious, educational, library, and patriotic organizations. He served as the commander of the Fayetteville MG Thomas H. Ruger Camp #1, SUVCW, in 2010, he became the president of the Marquis de Lafayette Chapter-Fayetteville NCSSAR in 2014. His interests included family and the U.S. presidential history and cosmology. He wrote booklets on the "history of the Hayford Family Line," "In Defense of the Union," and "The Grand Army of the Republic of the Carolinas."
He is survived by his beloved wife Chungsim "Lisa" Small of 56 years, his son Wendell Small III of Fayetteville, NC; two brothers Graham and Glaysen of Biddeford and Sanford, ME; and two sisters Leona Ansara or E. Hartford, CT. Gladys of Saco, ME. A memorial service will be held at Gardner's United Methodist Church, 4555 Rosehill Road on Wednesday, June 19th, 2019 at 2 p.m. with Pastor Roy Hilburn and Herbert Lowry officiating. Memorial gifts may be sent to the Maine Historical Society, 485 Congress Street, Portland, ME 04101.

To plant trees in memory, please visit our Sympathy Store.
Published by Fayetteville Observer from Jun. 17 to Jun. 18, 2019.
MEMORIAL EVENTS
Jun
19
Memorial service
2:00p.m.
Gardner's United Methodist Church
4555 Rosehill Road, NC
MEMORIES & CONDOLENCES
2 Entries
May you find comfort from the God of all comfort to give you the strength you need to cope during this difficult time.
June 21, 2019
We offer prayers and sympathy for the Small family from the Small family in SC. Although we didn't know each other very much, my family enjoyed reading the family history that Uncle Wendell provided to us. Be at peace.
Love,
Glaysen Jr.
Glaysen Small Jr.
June 17, 2019
Showing 1 - 2 of 2 results