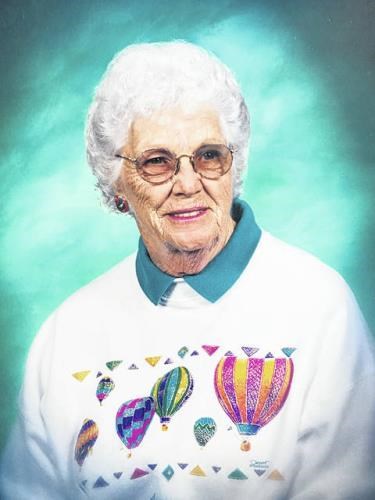 Shirley was the second of nine children. When she was young, the family moved to the Metamora area. In her teens, she worked jobs in Adrian, Mich., and at the Pet Milk Company in Delta, where she met her husband. After that, Shirley had jobs at Wauseon Manufacturing and Lawson's, and worked 13 years as a housekeeper at the Fulton County Health Center until her retirement.

Funeral services will be private due to ongoing health concerns.

Edgar-Grisier Funeral Home in Wauseon has been entrusted with arrangements.

Memorials for Shirley may be given to Emmaus Lutheran Church in Wauseon or CHP Hospice in Defiance.

The family would like to express gratitude to Parkview Physicians in Wauseon, CHP Defiance, Pastor Steve Geske, and the members of Emmaus for the care and support shown to Shirley.

Online condolences for Shirley's family may be offered at www.Grisierfh.com.

Published by Fulton County Expositor and Swanton Enterprise from Feb. 10 to Feb. 11, 2021.
To plant trees in memory, please visit the Sympathy Store.
MEMORIAL EVENTS
To offer your sympathy during this difficult time, you can now have memorial trees planted in a National Forest in memory of your loved one.
Funeral services provided by:
Edgar-Grisier Funeral Home - Wauseon
MAKE A DONATION
MEMORIES & CONDOLENCES
2 Entries
In loving memory of a wonderful person. Who will be loved and missed always. Find comfort in knowing she is in the best hands possible now. No more pain or suffering. Await the future promise to see her again. (1Thess.4:13,14)

ND,AZ
March 3, 2021
So saddened to hear about your mother. You have my deepest sympathy and prayers Richard, and to the family during this time of your loss. God Bless you with sweet memories.
Linda Drennan
Friend
February 12, 2021
Showing 1 - 2 of 2 results