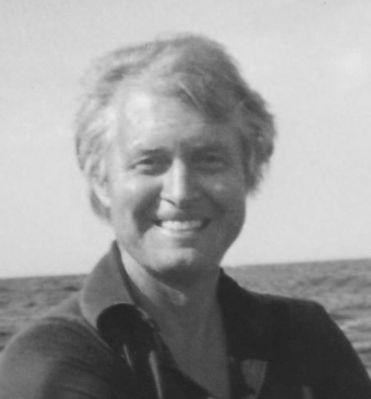 Fond du Lac - "He came on a summer's day

Bringing gifts from far away

But he made it clear he couldn't stay

No harbor was his home"

Dave Noe was a man who impacted many lives. He was a great son, a loving husband, an invested father, a committed grandfather, friend to many, and a consistent employer.

Dave began his career as an entrepreneur in Fond du Lac in the 70's. Beginning with The Moon, The Loading Zone, and Valley Bar Supply, he eventually opened his first restaurant, Friar Tuck's in 1980. From there he went on with continued success and opened additional Friar Tuck's in Appleton, Oshkosh, and Manitowoc as well as Salty's Seafood & Spirits, Sebastian's Steak House, Gino's Italian and Baker's Pride Bakery. Dave trusted his employees and made it a priority to show them his appreciation. He believed in taking care of the people who worked for him and over the years showed this in many different ways. It was common to hear employees say "He is not just my boss, he is my friend." He genuinely cared for the people he worked with and his dedicated approach earned him the respect of his staff and the community that he loved.

Dave enjoyed a good game of golf with longtime buddies. Along with his father Eugene and his brother Don, Dave spent many afternoons watching the Packers or the Badgers. Anyone who knew Dave knew that one of his greatest loves was boating. Even as a young boy Dave had a boat. It didn't have an engine but he soon remedied that and his boats got bigger and better. Whether his boat was at Lakeside Park or in the intracoastal in Florida, the cooler was always full and everyone was always welcomed. "Boat Drinks" and "It's 5 O'Clock Somewhere" were favorite songs of his. He appreciated the simple pleasure of cocktail hour. When you next raise a glass, please wish smooth sailing for Dave.

Dave is survived by his wife Shelley, his daughters Elizabeth and Allisun, his son-in-laws Jon and Brian, grandchildren Elijah, Madeline, Miles, Calvin and Kaylei, his brother Don, sister-in-law Betty, and nephews Matt and Alan. The family would like to thank the community and Dave's loyal staff for their ongoing support. A formal gathering to honor Dave will be announced at a later date.

Additional information and guestbook can be found at ueckerwitt.com

Published by Fond du Lac Reporter from Apr. 20 to Apr. 22, 2020.
To plant trees in memory, please visit the Sympathy Store.
MEMORIAL EVENTS
To offer your sympathy during this difficult time, you can now have memorial trees planted in a National Forest in memory of your loved one.
Funeral services provided by:
Uecker-Witt Funeral Home
MAKE A DONATION
MEMORIES & CONDOLENCES
Sponsored by Uecker-Witt Funeral Home.
10 Entries
Michael & Maybelle Traut
May 1, 2020
I met Dave about 5 years ago and instantly my husband and I found a like spirit in Dave. He was the most genuine, generous and kind person we have ever met. Dave you are going to be missed more than you will ever know! God speed my friend until we meet again. Ahui hou!
Maddie
Family
April 26, 2020
Brad McCabe
April 25, 2020
Dave was a special guy and will be missed by many. He was a remarkably successful entrepreneur and business owner, yet was one of the kindest and most gracious men I've known. He enjoyed a genuine connection with people in all walks of life - on the golf course, watching a football game, quenching a thirst (even cutting ribbons for the Ambassadors).
Thank you Dave for the joyful memories and God bless your wonderful family.
Paul Krasin
April 23, 2020
Dave was my first date, and my first kiss. We were really in love, so we thought for 14 year olds. God bless you Dave. See you later. Judy.

judy kempf
Classmate
April 23, 2020
I got to know Dave 1st in the Loading Zone days and then through the Moon.We had quite a great group of friends there, led by Dave. Dave was fun, generous, and WHAT A BUSINESS MAN! He will be missed by so many. Rest well, Dave, I'll see you later.
Julie Van Vleet
April 22, 2020
I have known Dave since we were quite uoung... 13-14 years old... he always knew me as we grew older and reminised. A great guy and loved by any who knew the real Dave... knew his parents well. I know how much he loved golf... and shaking dice with Doug after. God has welcomed a great guy back to His arms. Prayers and condolences to Dave's family. He will be missed by all.

God bless,
Dorothy Kairis McCrory
Dorothy McCrory
April 22, 2020
Condolences to the family David was a great person and a community leader and he will be missed
Mark Idzik
Friend
April 22, 2020
To the Family of Dave, I just want to tell you that even though I never met Dave personally, I felt through all that ever spoke of him, he was a true inspiration. The special words written in his obituary are words that have earned him a crown in eternity. God rest his beautiful soul. I am so sorry for your loss.Annie,The mushroom lady
Annie Andrew
April 22, 2020
Offering our deepest condolences during this difficult time.
The Staff of Uecker-Witt Funeral Home
April 20, 2020
Showing 1 - 10 of 10 results