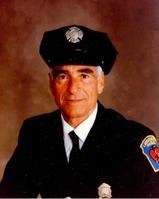 Jerry was born on July 26, 1932 in Leominster, MA to the late Gerald and the late Irene (Melanson) Marino. Jerry served in the United States Army from 1949 to 1952 and was appointed to the City of Leominster Fire Department Call Center on November 17, 1959. He was made a permanent firefighter on May 29, 1962. Jerry retired from civil service on July 31, 1997. Jerry was also a skilled carpenter and worked with many local construction companies. Jerry even built the home he lived and died in. On November 28, 1953, he married Lucille A. Tourigny. They raised one son, Michael and three daughters, Patricia, Susan and Sandra.

Jerry was a member of Holy Family of Nazareth parish in Leominster, MA. He cherished visiting with friends at local coffee shops. Jerry enjoyed skiing, hunting, fishing and family summer vacations in Cape Cod and the coast of Maine. He also enjoyed watching New England's sports teams on T.V. with his wife.

Jerry was preceded in death by his wife, Lucille and his daughter, Patricia Benz.

A funeral service will be held on Friday, March 12, 2021 at 11:00 A.M. at Holy Family of Nazareth Church, 750 Union Street, Leominster. The Mass will be live streamed and may be viewed on the Holy Family Facebook page. There are no calling hours. A dedicated burial service with military honors will follow at a later date.

To plant trees in memory, please visit our Sympathy Store.
Published by Sentinel & Enterprise on Mar. 10, 2021.
MEMORIAL EVENTS
Mar
12
Funeral service
11:00a.m.
Holy Family of Nazareth Church -- The Mass will be live streamed and may be viewed on the Holy Family Facebook page.
750 Union Street, Leominster, MA
Funeral services provided by:
Silas F. Richardson & Son Inc
MAKE A DONATION
MEMORIES & CONDOLENCES
Sponsored by SentinelandEnterprise.com.
1 Entry
You will be missed by all who had the pleasure of knowing you. I only met you a couple years ago, but I miss our chats. Talk about life, god,tried to always keep the conversation positive!! I only wish I would have come by last week. You even called me family! I will miss you, always.
Thomas v. Bronson
Friend
March 12, 2021
Showing 1 - 1 of 1 results