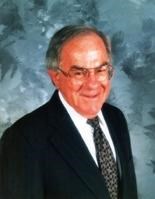 He attended both Assumption Preparatory and Assumption College graduating with a B.A degree in 1950. After graduation he was inducted into the U.S. Army and was stationed in Germany during the Korean War attaining the rank of Staff Sergeant. He was honorably discharged from the Army in 1952 and joined the Air Force Reserves serving for six more years.

Normand found his spiritual and emotional anchor when he married his wife Suzanne in 1954.There was no one he loved more deeply nor held in higher regard than his beloved wife.

In 1962 he was elected to the Massachusetts State Legislature13th Worcester District as the first (and last) Republican since the mid-1930's.

Normand lived his life in service to a higher power and in service to those around him. He was very involved in his Church and community, and was a member of multiple local clubs, professional and neighborhood associations, as well as The American Legion, The Veterans of Foreign Wars, and Knights of Columbus. He served as Director of the MA Association of Independent Insurance Agents. He was Chairman of Fitchburg's Charter Commission and was a Trustee for the Wallace Civic Center. He was a former Chairman for the United Way Annual Campaign. In 1963, he was named the Junior Chamber of Commerce Man of the Year. He was a member of the new Fitchburg Central Fire Station Search Committee. Normand was a past board member for Assumption Mutual Life Insurance Company, headquartered in Moncton, N.B. Canada. On June 16, 1966 Normand's Memorial Day Address, given in Fitchburg, was recorded into the Congressional Record by the Hon. Philip J. Philbin.

Normand was one of the founders and served as the Program Chairman of the Arthur M. Longsjo Jr. Memorial Bicycle Race. In 1998 he was honored with citations from both the City of Fitchburg and the Commonwealth of MA for his dedication and service to the residents of his community.

He and Suzanne were a presenting couple for Worldwide Marriage Encounter from 1975 to 1990. During that period, they served as the Worcester County Executive Team Couple on two separate occasions, making many lifelong friends.

He owned and operated the Babineau Insurance Agency from 1966 until his "retirement" in 1996 but still found joy in going to the office nearly every day. Norm and Sue spent winters in Satellite Beach Florida and were able to travel to Europe several times.

He enjoyed many games of bridge, cribbage and pitch with his siblings and friends, along with bird watching, golfing, reading, riding roller coasters, whitewater rafting, and driving his Saab convertible. At age 81 he went skydiving in Hawaii for the first time and then went two more times with his children and grandchildren.

Normand looked forward to the annual Grand Lake Stream fishing trip, where he held court, demanded silence during card play, and imparted his years of wisdom and philosophical reflection to his sons and grandsons in quiet canoes on the lake. Normand and his family made the trip to Grand Lake Stream again in August, just a month before his passing.

The family would like to thank Dr. Rob Babineau Jr. for the wonderful care he gave his Uncle Norm.

A funeral Mass for Normand will be held on Tuesday, September 21,2021 @ 11a.m. in St. Joseph's Church 49 Woodland St. Fitchburg, MA with Inurnment to follow in St. Joseph's Cemetery. Calling hours will held on Monday, September 20,2021 at the funeral home from 4 until 7 p.m. all relatives and friends are welcome to attend. The Lavery Chartrand Alario Funeral Home 99 summer St. Fitchburg is directing. Michael S. Alario – Director – Owner.

Published by Sentinel & Enterprise on Sep. 17, 2021.
To plant trees in memory, please visit the Sympathy Store.
MEMORIAL EVENTS
Sep
20
Calling hours
4:00p.m. - 7:00p.m.
Lavery, Chartrand & Alario Funeral Home
99 Summer St., Fitchburg, MA
Sep
21
Funeral Mass
11:00a.m.
St. Joseph's Church
49 Woodland St., Fitchburg, MA
Sep
21
Inurnment
St. Joseph's Cemetery
MA
Funeral services provided by:
Lavery, Chartrand & Alario Funeral Home
MAKE A DONATION
MEMORIES & CONDOLENCES
Sponsored by SentinelandEnterprise.com.
3 Entries
Renee , I am so sorry for your loss, your Dad was a peach! I have such great memories of time spent at you home as a child. My deepest sympathies to you and your whole family.
Aimee
Friend
September 20, 2021
I am deeply saddened to hear of your loss. Norm was truly an icon. I have known him since I was a little girl. He was one of the nicest people I have known. Rest in peace Norm, you will be missed.
Elizabeth Mack
September 17, 2021
It was indeed an honor to have known this wonderful gentleman for nearly 50 years. Norm was truly "one of a kind" in so many ways. I always loved his good humor and spirit. RIP Norm...
Louis Poirier
Work
September 17, 2021
Showing 1 - 3 of 3 results