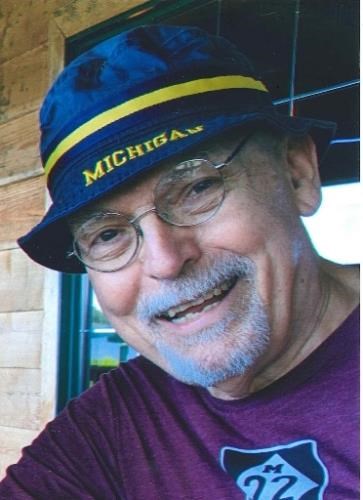 BORN
1939
DIED
2021
ABOUT
Flushing High School
FUNERAL HOME
Sharp Miller Road Chapel
8138 Miller Road
Swartz Creek, MI
Schillman, Ronald Jay Flushing Age 82, passed away peacefully surrounded by family on September 16, 2021. A graveside service with military honors, will be held 12:30PM Tuesday October 19 at Great Lakes National Cemetery, 4200 Belford Road Holly. His late wife JoAnn, will be inurned with him at that time. Those desiring may make contributions to The American Red Cross or Alzheimer's Association. Ronald was born August 15, 1939 in Flint the son of Chester and Mary (Smith) Schillman. He graduated from Flushing High School in 1958. Ronald and his beloved wife, JoAnn were married in Flushing, Michigan December 2, 1961. He proudly served his country in the U.S. Navy. He was employed for 34 years by General Motors working at Buick Division, retiring in 1997. Ron enjoyed woodworking, crafting outdoor furniture out of cedar, and building birdhouses. He loved playing cards, especially Euchre and Michigan Rummy, with family and friends. After retiring he and JoAnn enjoyed traveling and vacationing in their RV throughout the country. Ron was a loving husband, father and grandfather - He will be greatly missed. He is survived by his sons, Michael Schillman of Flushing, Patrick (Kathryn) Schillman of Burton; daughters, Susan (Matthew) Lurvey and Pamela Schillman, both of Flushing; grandchildren, Nikholas Schillman, Erika (Ryan) Limban, Austin Schillman and Emily (Caitlyn) Schillman; great grandchildren; Isabelle Schillman, Blake Limban, Kiley Limban, Ava Schillman. He was preceded in death by his parents, his wife, brother, Stanley Schillman and daughter-in-law, Lynda Schillman. A special acknowledgement to adored cat, Buddy. The family extends a heartfelt thank you to the nurses and doctors at The University Of Michigan Comfort Care, the research team at The University of Michigan Rogel Cancer Center, Karmanos Cancer Center in Flint, and the nurses at the infusion center at McLaren Hospital Flint. Tributes may be shared at www.sharpfuneralhomes.com.

Published by Flint Journal from Sep. 17 to Sep. 21, 2021.
MEMORIAL EVENTS
To offer your sympathy during this difficult time, you can now have memorial trees planted in a National Forest in memory of your loved one.
Funeral services provided by:
Sharp Miller Road Chapel
MAKE A DONATION
Please consider a donation as requested by the family.
MEMORIES & CONDOLENCES
Sponsored by The Family.
1 Entry
I´m so sorry Mike, Pat, Sue and Pam. Ron was a kind, gentle and generous man, and he will be missed.
Daryl and Kathy (Schilleman) Tilley
Family
September 17, 2021
Showing 1 - 1 of 1 results