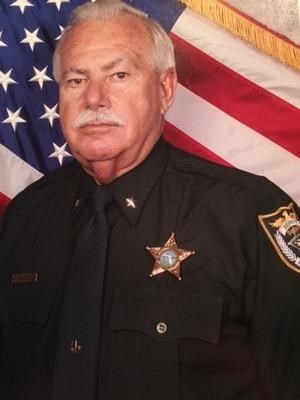 Earle Leslie Petty, Jr. entered the U.S. Army at age 16 in 1953. During his career, he went to Germany, as well as served three tours of duty in Vietnam and Laos. Earle joined the elite group of Special Forces in 1965. He attended Ranger school and U.S. Navy school. Only 12 Special Forces members were chosen to attend the elite Seal training. Earle also attended Halo training at Ft. Bragg, NC, and graduated in the 82nd Airborne Division. He was stationed both at Ft. Benning, GA, and Ft. Bragg during his Army career. Earle also was deployed to Cuba during the Cuban Crisis. He wore his Green Beret (motto of Special Forces) proudly, his love for his country was beyond first and foremost in his life. Entering the military at such a young age, he later pursued his education and obtained his Bachelors degree.

Earle was awarded the Army Commendation Medal, three Purple Hearts due to injuries in Vietnam, three Bronze stars with oak leaf clusters for valor and was also awarded the Vietnamese Cross of Gallentry. He served under the Commands of General William Westmoreland and General Yarborough. Earle retired from the Army in September of 1973, being awarded the Meritorious Service Medal. He also attended the U.S. Army Intelligence School at Ft. Holabird, MD.

Upon early retirement, he went to work for the Melbourne Police Department under Chief Croton. Upon leaving Melbourne P.D. he went to work for the Brevard County Sheriff's Department under Sheriff Jake Miller, as Jail Commander. Earle left the Sheriff's Department in 1994 to take the Police Chief position in Sebastian, FL. In 1996, he was contacted by the United Nations to head the International Police Task Force in Bosnia. He worked with the state department to assemble a group of 200 police officers from around the world to train Bosnian police officers.

In 1993, Earle underwent emergency heart surgery at Holmes Regional Medical Center. One year later, he won several gold medals at the International Law Enforcement Olympics in cycling. He was a very accomplished cyclist.

After Earle's return from Bosnia, he went back to Brevard County Sheriff's Office under Sheriff Phil Williams. He stayed on with the Sheriff's Department, retiring as South Precinct Commander in 2005. Earle always said it was an honor and privilege to serve his country and wear the Green Beret. He was a lifetime member of the John Wayne Chapter 21 Special Forces Association of Merritt Island, FL and was also a member of the Florida Police Chief's Association.

Earle's granddaughter, Bailey Alexander, has made him so proud by obtaining her degree in psychology at the University of Alabama. He was an avid Bama fan.


Published by FloridaToday on Sep. 24, 2015.
To plant trees in memory, please visit the Sympathy Store.
MEMORIAL EVENTS
To offer your sympathy during this difficult time, you can now have memorial trees planted in a National Forest in memory of your loved one.
Funeral services provided by:
Ammen Family Cremation & Funeral Care - Melbourne
MAKE A DONATION
MEMORIES & CONDOLENCES
20 Entries
Rest in peace Commander, you earned it.
Stan Lerner
September 27, 2015
Rest in Heavenly Peace Commander Petty. We will treasure the wonderful memories and are honored to have known you.
Lauren and Ed Silvestri
September 26, 2015
Commander Petty was one of the most amazing men I have ever met in my life. He was so Tough, Funny, Loving, Patriotic, Generous and always treated everyone like they were very special, no matter who you were or what your position/rank was. Everyone was important to him. His life was incredible. I will always have so much respect and love for this wonderful man. He will always be admired, loved and missed by so many people who adored him. I am honored to have known him and will treasure our fun times together at South Precinct. He was a True Hero, Leader and Friend. Rest in Heavenly Peace Commander and please accept my heartfelt sympathy to the entire Petty Family...that means Gunner too! :-)
Lauren Silvestri
September 26, 2015
Like the many stories of your deeds and adventures, our love for you will live on when we laugh, and give, and remember. Thank you for giving us such a fine example.
Jodie Leatherow-Capron
September 26, 2015
I love and will honor you uncle. I will always cherish your army jacket you gave me when i was like 10.
Anthony Petty
September 26, 2015
Thank you for sharing your husband,father, grandfather, and brother with us. We are all better for knowing him.
Alan Rainey
September 26, 2015
Bev, Our thoughts and prayers are with your family during this time. Take Care!!
Jeff and Ruth Cain
September 25, 2015
Earl

It was my pleasure to know you and be called your friend. My thoughts and prayers to your family.

Marvin Flynn
September 25, 2015
It was a pleasure to work with you. It was an honor to call you friend. Carry on, Green Beret!
Ernie Perry
September 25, 2015
Our deepest sympathy. May God grant you peace and healing.
The McKinley family
September 25, 2015
You will be greatly missed by all, Kirra and Tristan too
Beth Richner
September 24, 2015
Thank You for your service Earle and may you RIP.


I was proud to call Earl my friend
Andrew Seminick
September 24, 2015
Our hearts go out to Bev, Steve, Lisa, Les and their families. We are fortunate to have known this special family for almost 40 years. Earle was loved and respected by Jack and I and will be missed. Our love n prayers are with you and the family Bev... Jack n Sue Gorman
September 24, 2015
Bailey, Your grandfather was a hero and a great American. I am thinking about you, and I know you will miss him. I still have your tiger quilt in my classroom. Mrs. Rubin (your sixth grade teacher)
Stephanie Rubin
September 24, 2015
My deepest condolences to the Petty family. My thoughts and prayers are with you.
Michael Pelonero
September 24, 2015
It was a honor to have known Earle, his family and to have been able to call him a friend.

Bill and Louise Smith
September 24, 2015
It was an honor and pleasure to call Earle a friend and colleague. He was a man of integrity, commitment and dedication to his family and the community. He always spoke the truth clearly and abruptly and you always knew were he stood on an issue. He was a mans man with a pure and gentle soul. He will be missed by all. My deepest sympathy to his family.
Gary Wheeler former Sheriff of Indian River County
Gary Wheeler
September 24, 2015
Sending our love and keeping all of you in our prayers, he was a lovely man as we felt fondly of the all the Petty's. Kenny and Mary Catherine Berger
Kenny Berger
September 24, 2015
Earle, you have always been a hero and inspiration to me. It was privilege and honor to serve with you with two departments. You always had our '6'.
AC Fuller
September 23, 2015
Showing 1 - 20 of 20 results