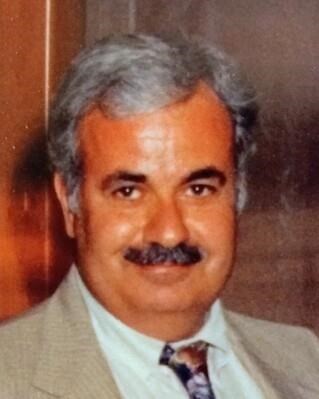 George Chakhtoura was born in Beirut, Lebanon to Elias and Mary (Ayali) Chakhtoura. He was the youngest of three children. George loved spending time with friends and family in the mountains of Lebanon and at the beaches there. He was studious and did well in school, taking a job as a teacher after graduating high school.

George came to the U.S. in 1967 to study at the University of Kansas in Lawrence. George had many friends, studied hard, and worked many jobs, including at the Eldridge Hotel, Stokely Van Camp, and KU Buildings and Grounds. He graduated in May 1972 with a bachelor's degree in Personnel Administration. After graduation George worked for Coopersmith Lighting Agency in Kansas City, Missouri.

George married Jacquelyn (Stewart) Chakhtoura in Kansas on March 5, 1972. After a brief time living in Lebanon, they settled in the Kansas City area where George enjoyed strolling around the City Market and cheering on the Chiefs and Royals. George became a U.S. citizen October 15, 1975.

From 1974 to 1985 George worked as Records Manager at United Missouri Bank. During that time he sometimes served as Acting Manager of the Bookkeeping Department and the Mailroom. He also spearheaded the installation of a new company-wide telephone system.

From 1985 to 1995 George worked for the FDIC / Resolution Trust Company. He used his expertise in bank documents and project manager skills to assist in acquiring, documenting, and storing assets from savings and loan associations (S&Ls) declared insolvent.

Prior to retirement, George worked at two riverboat casinos. He enjoyed working around people and making sure they had a good time. He also did volunteer work at Franklin Center in Kansas City, Kansas.

George and Jackie moved to Palm Bay, Florida in 2014 and shared fun-filled years of going to the beach, eating out at restaurants, going to movies, activities at the Senior Center, watching rocket launches, picnic lunches, and their pet cats.

George liked meeting people and treated his employees, customers, and co-workers with respect and humor. He had fun traveling around the U.S. and visiting other countries, including his home country of Lebanon. He was a generous man and was a great supporter of St. Jude Children's Research Hospital and Heartland Community Health Center.

George was preceded in death by his parents, sister Laudy, and daughter Angela. George is survived by his wife Jacquelyn; daughter Mary; brother Raymond; nephews Pierre, Elie, Andre, Alain, Alex, and J.P.; and nieces Rachel and Aimee, all of whom will miss his smile and silly jokes. 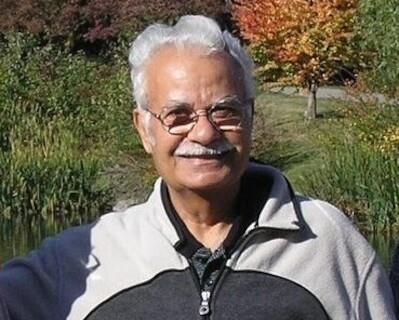 To plant trees in memory, please visit our Sympathy Store.
Published by FloridaToday from Jul. 15 to Jul. 18, 2021.
MEMORIAL EVENTS
No memorial events are currently scheduled.
To offer your sympathy during this difficult time, you can now have memorial trees planted in a National Forest in memory of your loved one.
Funeral services provided by:
Ammen Family Cremation & Funeral Care
MEMORIES & CONDOLENCES
Sponsored by Ammen Family Cremation & Funeral Care.
10 Entries
My sincere condolences to the family in Lebanon and the States. May his soul rest in eternal peace.
Pierre Farah
Family
July 19, 2021
Sorry to hear about George. I will never forget his voice, the way he laughed, and the way he used to pinch our cheeks as kids and say "your so cute!". I have many fond memories of spending time with your family. :)
Brandon Ward
Friend
July 18, 2021
George was one of the loveliest souls I ever met. He always had a smile and had something nice to say and made you feel you were important to him. I have known Jackie and him for years and have many fond memories. Godspeed George until we again meet. Love to George and his whole family!
Kerri L Jacks
Friend
July 18, 2021
Aammo (Uncle) George, You were, you are, and will always be a Big Pride for the family and to everyone who knew you! Your smile and beautiful heart was always radiant in every room you walked in. It´s very sad you left us early, too early actually, but we are sure we have gained a precious angel in the Sky! We will never forget you, and will always cherish the moments we had with you. We love you eternally, We all love you Eva
Eva Chakhtoura
Family
July 18, 2021
My dad was the most loving father anyone could ask for. I learned from him to be generous, value education, and always have a sense of humor. I will carry him always in my heart.
Mary Chakhtoura
July 18, 2021
My uncle George was one of the greatest persons you could ever meet. He was generous, humble and looked after his family and friends. We will always be grateful to what you´ve done to us my dear uncle. We love you and you´ll always be in our heart
Andre
Family
July 18, 2021
Great uncle and great person! You will always be in my heart and always greatful for what you have done for me. Love you Alain
Alain chakhtoura
Family
July 18, 2021
George was a fun loving man, and he and his wife were members of both my Sushi Club and Dinner Clubs. They became very good friends of mine over the years that I grew to know them, and I will miss George greatly. His wit and humor has, and will sustain me always. May his memory be for a Blessing.
Hedy B. Tick
Friend
July 18, 2021
I worked with George & Jackie at UMB. George was so friendly and fun-loving. He never had a cross word to say about anyone. He had stories about life in Lebanon that were very interesting. I lost touch with him and missed his warm smile.
Tony Hawkins
Work
July 18, 2021
May the love of friends and family carry you through your grief.
Bob
Other
July 17, 2021
Showing 1 - 10 of 10 results