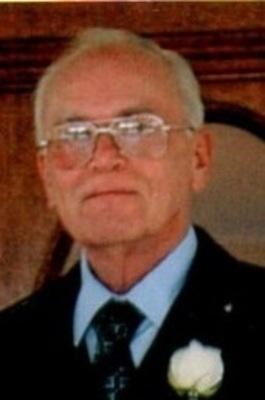 George honorably served in the Marine Corps during Vietnam. After the Marine Corps, George attended Stout State University in Wisconsin where he met his wife, Wanda. They were married April 5, 1980 and resided in Wisconsin until 1989 when they moved their family to Rockledge. George primarily worked in law enforcement and dedicated his later years to public service. He was a member of the VFW Post 4535 and enjoyed karaoke, reading, and bingo.


Published by FloridaToday on Mar. 10, 2015.
To plant trees in memory, please visit the Sympathy Store.
MEMORIAL EVENTS
To offer your sympathy during this difficult time, you can now have memorial trees planted in a National Forest in memory of your loved one.
MAKE A DONATION
MEMORIES & CONDOLENCES
27 Entries
So, so sorry..I just heard of George's passing. I worked with him at Rockledge Police Department. He was a great and funny person to be around. I'm sure he's knocking everyone's socks off in the huge VFW in the sky. May he RIP. Thoughts and prayers go out to him and his family.
Barbara Arnovitz
June 1, 2015
George, you will always be in our prayers and in our hearts, you will be very missed. May you rest in peace. You will never be forgotten. The Abato's. one day we will meet again...
My sympathony to the family and friends
DIANE ABATO
April 2, 2015
Wanda I keep you ,Ricky , George , & Tara all in my prayers . George was the most wonderful man & friend anyone could ask for . You are in my thoughts every day . Love & Miss you
Bonita Stiggins
March 16, 2015
What a wonderful man to be gone so soon. The family is in our prayers.
Leo (Poppy) and Bonnie Gatewood
March 14, 2015
Saint Augustine of Hippo is quoted: "He who sings, prays twice." George has joined the choir in heaven.
Terry Sowa
March 13, 2015
Wanda,
I'm so sorry for your loss. I pray that George has found eternal peace & happiness as he sings with the angels

Love Jeff
March 13, 2015
To a wonderful person who will be missed by many. Prayers to your family!
Rest in Peace!
John & Diana Collier
March 12, 2015
I had the pleasure of meeting George at the VFW, learned several things about him and his service to this country. George, the "Silver Wings" are taking you away, however never so far away as we can't feel you and know you are always with us. Stand proud Marine, you have earned your peace in heaven.
Herb Gay
March 11, 2015
May your hearts be filled with the love & memories of George of his life in your time of sorrow and may his songs be heard in your hearts.
Love to you all.. Jean, Steve, Jesse & Ted
Jean Lima
March 11, 2015
I was our pleasure to know such a wonderful and loving man. And a great singer! Our deepest condolences to the entire family.
John and Susan Giordano (Rockledge, FL)
March 10, 2015
George was a true friend and Masonic brother. His sweet voice will now be hward by the Angels nightly! Rest in Peace, George. Wanda and family....Jerri and I truly loved George
John & Jerri Gallagher
March 10, 2015
What a privilege for me and my husband, Ron to have been friends with George. Our thoughts and prayers are with all of the family. God Bless you all.

Ron and Sharon (Spike) Styron
Ron and Sharon Styron
March 10, 2015
Sorry to hear of your loss. George was a good friend and a great Karaoke singer. He will truly be missed by all who knew him.
William Arnold
March 10, 2015
My heartfelt sympathy goes out to the family he will also be missed by his many friends he was always a gentleman and a pleasure to be around it touches my heart that he asked for donations to go to Some Gave All, Inc. RIP George you have many friends heaven that will welcome you You will not be forgotten.
Norma Fox
March 10, 2015
I am so blessed to be able to say George was a good friend. Singing Sweet Home Chicago without him will never be the same. And our favorite~ :as I look to the stars~night after night wondering where you might be~and I say to myself is that very same moon shining on you like it's shining on me"~ Always save the best for last. love to Wanda and family~
vicki gay
March 10, 2015
My thoughts and prayers are with you in your time of grief. May your memories bring you comfort.
Anne Greco
March 10, 2015
In loving memory of a wonderful person. We will love you and miss you always.
March 10, 2015
May your hearts soon be filled with wonderful memories of joyful times together as you celebrate a life well lived.
Carole Nix
March 10, 2015
A great person who will be dearly missed. God Bless..Ron & Anne Greco
March 10, 2015
Wanda, Thoughts and Prayers for you and family. George will be truly missed by many of us.
Lisa Brady
March 10, 2015
For the Family of George Warringto He was a good friend enjoyed his company and his singing he was a man of honor he served his country well He was a true Veteran respect an honor him always may the lord keep him an may he rest In peace amen