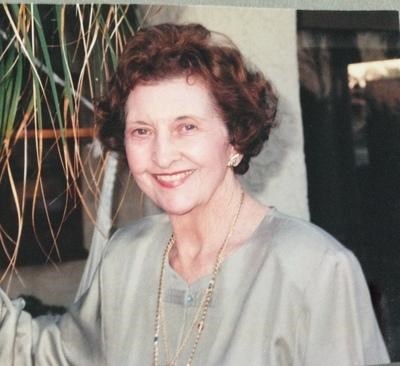 Julie Fischer Pflum, born in Greenfield, Indiana, on March 31, 1916, died March 9, 2014. She resided until 1967 in Indianapolis, IN, where she was vice president of Cooper Studio, Inc., retiring to Longboat Key, FL, with her husband, the late Urban V. Pflum. Mr. Pflum predeceased her in 1994. In 2001, Mrs. Pflum moved to The Sakonnet Bay Manor retirement home in Rhode Island, to spend more time with her family. In December 2010, she moved to Melbourne, FL, where she resided at Watersong Retirement Community. In August 2011, she moved to Grand Villa Assisted Living in Melbourne.

Mrs. Pflum was a graduate of Broad Ripple High School and Indiana Central College of Business Administration, where she was a member of Lambda Alpha Lambda Sorority. She began her business career as an office manager for a firm in Cincinnati, Ohio.

Julie Pflum, as she was known to friends, was a member and former board member of St. Vincent Hospital Guild, Indianapolis, and also a life member of The Riviera Club, Athenaeum, and Woodland Country Club of Carmel, IN. In Florida, she was a member of Longboat Key Golf Club, serving as publicity chairman of the women's 18-hole organization. She was also a member of Bird Key Yacht Club, The Meadows Country Club 18-hole group and their Thursday singles golf group.

Volunteering actively in various fields in Sarasota, she was a member of the Sarasota Memorial Hospital Guild.

A private closed ceremony will be held for family members and friends at a later date to be arranged.

Donations may be made to her church, St. Mary Star of the Sea Catholic Church in Longboat Key, FL, St. Vincent Hospital Guild, Indianapolis, IN, or your favorite charity. 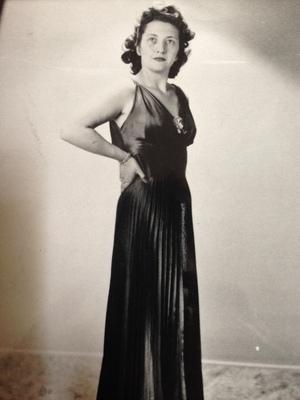 Published by FloridaToday from Mar. 12 to Mar. 14, 2014.
To plant trees in memory, please visit the Sympathy Store.
MEMORIAL EVENTS
To offer your sympathy during this difficult time, you can now have memorial trees planted in a National Forest in memory of your loved one.
MAKE A DONATION
Please consider a donation as requested by the family.
MEMORIES & CONDOLENCES
3 Entries
Rest in peace, Julie! Mom, Philomena Reiland, joined you in Dec. 4, 2014. Hope you are enjoying each other and the Beatific Vision
Sister Philomene Reiland
December 31, 2014
We love you!
Julie & Clem Etrick
March 24, 2014
God Bless Julie...from St.Vincent Hospital Guild...Life Member...Joined 1948...Indianapolis, IN
March 12, 2014
Showing 1 - 3 of 3 results