Stanley S. Veit Titusville On July 29, 2010, surrounded by loving family and friends, one of the brilliant minds of our time crossed over into the loving care of God. Stan was born December 25, 1919 in New York City to Bert Veit and Jean Richfield-Veit and is survived by his devoted wife Dede (Lucretia), loving daughter April Morrissette (Larry), daughter Hallie Ewanus (Michael), grand daughter Mindy Lawson (Stan), great grandsons Derek Duvak and Brandon Duvak. Also brother and sister-in-law Pat and Betty Palumbo, nephews Paul Cornelison, Jimmy Cornelison, nieces Patti Palumbo, Dr. Liz Ferguson (Michael), Kim Vega (Phil) and numerous grandneph ews and grandnieces. Stan proudly served his country in the Army Air Corps during World War II from 1943 to 1945. Stans major inspiration came early in life from his grandfather Sam Veit (Minna). These guiding principles became the ba sis of Stans lifelong quest for knowledge, self-im provement and dedication to passing that wealth of knowledge on to others. The innumerable acco lades of this publishing visionary and personal computer guru are partially illustrated in these accomplishments: Computer Shopper Magazine - Editor-in- Chief, Publisher and Editor- in-Chief Emeritus Computer Mart of New York - Founder and CEO of the first retail computer store in the Eastern United States Computers and Electronics Magazine - Editor Popular Electronics Magazine - Computer Editor The New School of Social Research - Instructor Sporting Clays Magazine - Editor-in-Chief Grumman Aviation Publishing - Technical Writer Shutterbug Magazine: Editorial Director In addition to shaping the personal computer industry from inception to present day through his editorial prominence, Stan was a prolific author of nu merous books about per sonal computers including: Stan Veits History of the Personal Computer (revision at publisher) Using Microcomputers in Business Getting Involved With Your Own Computer: with Leslie Soloman A Complete Buyers Guide to Personal Computers: with Tim Hartnell Stan was a founding member of Unity Church on the Space Coast in Titusville, an active mem ber of the Benevolent and Protective Order of Elks #2113, a member of American Legion Post 1, Titusville and a member of The Valiant Air Command. He also was a member of the Titusville Computer Club and the Sand Point Model Boat Club. Stan supported the arts in Brevard County as a Gold member of the Brevard Symphony Orchestra and Supporting member of The Emma Parrish Theater. Addition ally he was a supporting member of the Jess Parrish Medical Foundation. A joyful celebration of Stans life will be held at the Benevolent and Protective Order of Elks Lodge #2113, 2955 Columbia Blvd. (State Road 405), Titusville, FL, on Saturday, August 21, 2010 at 1:00 pm. In lieu of flowers the family requests donations be made in Stans name to either Unity Church on the Space Coast and/or the SPCA of North Brevard.

Published by FloridaToday on Aug. 15, 2010.
To plant trees in memory, please visit the Sympathy Store.
MEMORIAL EVENTS
To offer your sympathy during this difficult time, you can now have memorial trees planted in a National Forest in memory of your loved one.
MAKE A DONATION
MEMORIES & CONDOLENCES
17 Entries
I just saw this site -- Stan was a friend, boss, partner to Barbara and I for more than 25 years. We wrote for Computers & Electronics together -- he was on staff; Barbara and I were Contributing Editors -- we taught at the new School together -- we all NYACC members; he was a founder -- he had his own store in NYC and was a manager at Harmony House -- and then he and Dede moved to Florida and Barbara and I were Contributing Editors to Computer Shopper while he was Editor and Publisher (and we also wrote for two other Patch Publications) -- and we were recently partners in a Web publication -- and, more importantly, always friends. Stan was a wonderful person and we miss him
John F McMullen
May 28, 2012
One year ago today I got the call from Aunt Dede that u were in the hospital. I was at your bedside holding your hand the next day saying to u please come back to us. But God took u a few days later. I think of u everyday miss u soooooooooooo much.

I love u Uncle Stan

When I came to Silicon Valley with Tourist Visa a suit-case and vision for software crafstmanship, Stan answered my call and extended his helping hand. Stan is a Mensch for all times. Always grateful I am. Godspeed.
Philippe Kahn
July 23, 2011 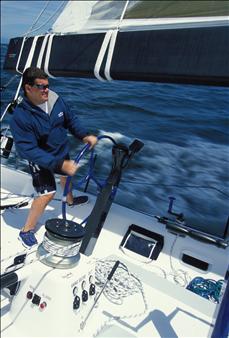 When I came to Silicon Valley with Tourist Visa a suit-case and vision for software crafstmanship, Stan answered my call and extended his helping hand. Stan is a Mensch for all times. Always grateful I am. Godspeed.
Philippe Kahn
July 23, 2011 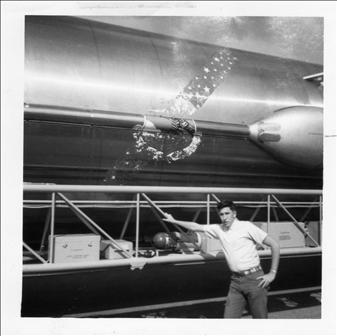 Stan you were the Man. Loved the many times we shared in Personal Computing. Little did we know what our meager Computer Stores would turn out to be. Here's to you my friend!
Paul Terrell
Byte Shop Computer Store
Paul Terell
February 15, 2011
Stan Veit was my boss at Computer Shopper from 1987-1989. Working with him a Technical Editor, and then an Associate Editor at the magazine, I learned the ropes of the editorial business under his direction.

Even before that, we had worked from afar, as I was priviledged to be a regular freelancer for the magazine, thanks to Stan.

Because of his unique encouragement to me, and the frank advice which he often dispensed, my life was enriched.

There is little that I add about Stan that hasn't already been said. He will be GREATLY missed and fondly remembered.

Our deepest sympathies to all the family and loved ones,

Ted & Vicki Drude
Ted Drude
January 1, 2011
I'm heartbroken. It's November and I am just finding out now that he has passed. He was my first boss ever back at Computer Mart of NY. Dede-you and Stan were my 2nd parents for so much of my life and I love you both dearly. We may not have talked for periods of time over the years but you were never out of my thoughts and my heart. He was a great man and I am blessed to have known him.
Suzie Kerr Wright
November 17, 2010
I wrote for Stan back in the '90s and remained friends with him after that. We visited with him and DeDe in Titusville several times, primarily to enjoy shuttle launches together. The two of them always opened their house and hearts to us.
Stan messaged me on Facebook back in June to ask if/when we were returning to Florida. We left things hanging, at that time. And now, I discover that next get-together will not occur.
Ironically, I only learned about Stan's death when I went to his Facebook page to send him a message that we might be coming to Florida in November. Our son, Jason, now works for SpaceX and will be at the Cape for that company's November launch of its Falcon rocket. I mention this because DeDe and Stan contributed greatly to Jason's interest in all things Space, when he was but a young tyke. He still has a packet of NASA documents DeDe compiled for him, during one of our visits in the mid-'90s. It would have been wonderful to share with them his success...the culmination of a dream they helped develop.
DeDe...my condolences. You are in our thoughts, and I can only apologize that it took me this long to learn of Stan's death.
He lives on, in all of us whose lives he influenced. He was one of a kind...the finest kind.
Jack Nimersheim...October, 2010
Jack Nimersheim
October 17, 2010
I spoke to you 2 days before you left us and I got to say to you "I Love You". I will miss you deeply Unlce Stan. :(
Patricia Palumbo
September 5, 2010 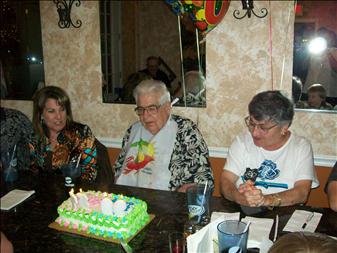 September 4, 2010
We in the computer history field will deeply miss Stan and his intellectual contributions to our community. Especially for those of us in the NYC area, many of us grew up shopping at Computer Mart, then reading Computer Shopper, and later reading his history book. I doubt there will ever be another like him.

- Evan Koblentz
www.midatlanticretro.org
August 28, 2010
Stan's writings leave a great legacy for all of us. Memories to treasure.
Mark James
August 27, 2010
Dede and family, I am so sorry for your loss. I have felt so bad for not having completed the audio version of Stan's book. I really want his (and yours) fantastic story to reach many more people. Stan's book is one of my favorites. I am dedicated to adding chapters as quickly as I can now. Stan was a great man, and there are many in computer history circles that recognize this. Ironically, Stan was the first member of my Historical Computer Society in 1993, and I am just now starting this group up as a monthly club, hopefully to create a non-profit, educational organization, as I wanted to do back then. I will dedicate it to him. Take care. http://web.me.com/dgreelish/Classic_Computing_Podcasts/Stan_Veit/Stan_Veit.html
David Greelish
August 26, 2010
Home with his Lord - ah Dee Dee, our family will never forget the two of you - but Stan was so very sweet to our sons when we moved to Titusville and joined Unity in 1994. I loved speaking with him so much...and I know you are surrounded by friends as you let Stan go. Much love to you lovely lady and your family, Ron, Clairese, R.A.Y., Camron & Drake Austin
Clairese Austin
August 25, 2010
Dearest Daddy,
I will love and miss you always. Your were the best Father anyone ever had.
April
April Morrissette
August 24, 2010
APRIL, MY PRAYERS AND THOUGHTS ARE WITH YOU AND YOUR FAMILY, MAY HE REST IN PEACE
MARY ANN SIRIANNI-SICONOLFI
August 24, 2010
"Home" at last Stan. You and Dee Dee and your family are in my thoughts and prayers.
Pax Et Bonum, Eileen Inks Greenlee
August 21, 2010
Showing 1 - 17 of 17 results