William "Bill" was born to Fred and Rebecca (Hook) Parr in Bellingham, Washington on February 10, 1914. From 1933 to 1937 Bill studied Electrical Engineering at the University of Washington. Following his selection as outstanding military cadet, he entered the U.S. Army in 1937.

Colonel Parr held command assignments in both the Pacific and European Theaters involving battalion operations. He was present at Pearl Harbor when Pearl was attacked and remained in the Pacific Theater for two years until his assignment to Fort Eustis in Virginia. While stationed at Fort Eustis, he met and married Sybil Ernestine Taylor. In late 1943, Colonel Parr joined the forces in the European Theater and at the end of W.W. ll, he remained in Germany as part of the occupation forces. Colonel Parr returned to the U.S. in 1948 with his family, which now included two sons and continued his military career.

After serving in the Army for 34 years, Colonel Parr retired to Indialantic, Florida. In 1986, Sybil Parr passed away. In 1990, Bill married Ann Smith. He and Ann were married for 21 years until her death in 2011.

Bill was a member of the Masons for 60 years and was most recently a member of Melbourne, Florida Masonic Lodge 143. He attended Eastminster Presbyterian Church in Indialantic and was an active member for 43 years. Bill loved to travel and during his life he visited every continent but Antarctica.

The family would like to express their deep gratitude to Sue Bailey and to Lenore Rodriguez and her family for their loving kindness in caring for our father. Bill felt blessed having them in his life.

In lieu of flowers, donations may be made to the Wounded Warrior Project in memory of William Richard Parr or to a charity of choice in his memory.

Anyone wishing to share a memory or send condolences may do so by visiting the guestbook at www.floridamemorialfh-gardens.com.

Published by FloridaToday from Nov. 27 to Nov. 29, 2012.
To plant trees in memory, please visit the Sympathy Store.
MEMORIAL EVENTS
To offer your sympathy during this difficult time, you can now have memorial trees planted in a National Forest in memory of your loved one.
Funeral services provided by:
Florida Memorial Funeral Home
MAKE A DONATION
Please consider a donation as requested by the family.
MEMORIES & CONDOLENCES
7 Entries
What a great person. Have the honor of facilitating the Men's Alz Support group on Monday mornings for the past several years and was shocked to hear of Bill's passing on my return after the Thanksgiving holiday in Calif. with my son's family. I felt sad to have missed the service and meeting the family. I have however found Bill's resting place and will visit it often since my parents are close by. Truly a great man with wit and humor to the end. May his soul rest in peace. John E Kovach
John Kovach
December 15, 2012
So many memories of working with you on Church committees thru so many years. You could always be depended upon to have a solution to our problems, and made so many friends with other workers. My son joins me in sending sympathy to the family. He first met you when he knocked on your door for permission to fish off your seawall when he was ten. Forty yrs later he still remembers you. You were blessed with two wonderful wives and shared memories of your family with us. God bless you all.
Dory Fredrickson
November 29, 2012
My dearest Colonel. The years I spent working for you was a real joy. I enjoyed learning about your life and the fun things you did especially the time you spent in Key West and your fishing and having fun with your children and grandchildren. If I could have chosen my father I would have chosen you. I loved you Colonel and you will remain in my heart forever. Rest peacefully.
Sue Bailey
November 27, 2012
My dearest Colonel. The years I knew you and cared for you was a joy. I will miss your sense of humor and our visits to Arbys, the Commissary and watching old movies. Your stories about your life will not be forgotten and you will remain in my heart forever. I was blessed to have known you and if I could have chosen a father it would have been you. I love you Colonel. Rest peacefully.
November 27, 2012 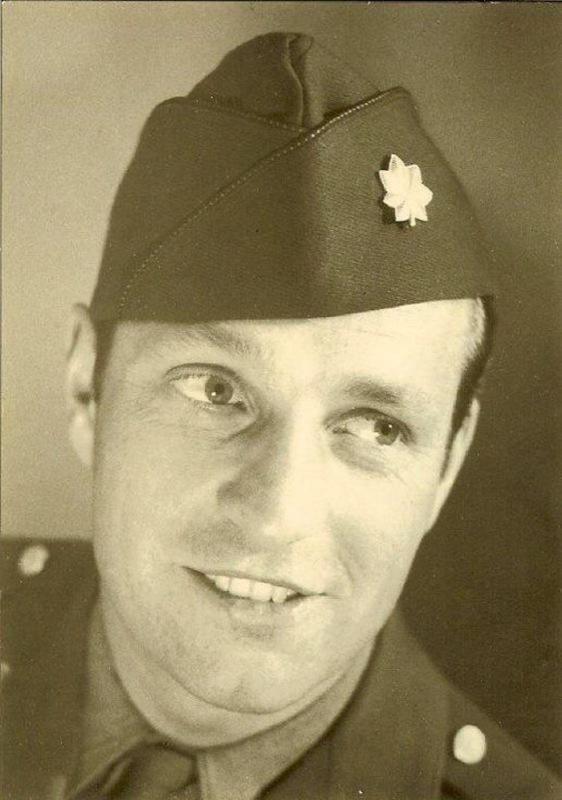 Michelle Carte
November 25, 2012
He was a great man. I am glad that God blessed me just to know him.
Jim Hook
November 25, 2012
I am very saddened for your loss. I have many fond memories of Bill. My thoughts and prayers are with you all at this difficult time. Sharon
Sharon Parr
November 25, 2012
Showing 1 - 7 of 7 results