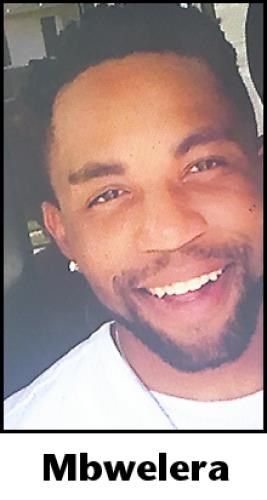 BORN
1992
DIED
2019
JABARI B. MBWELERA, was born June 12, 1992, in Fort Wayne. He attended South Side High School, where he was elected president of his junior class. He graduated at the end of his junior year in the summer of 2010 from Hirsch Metropolitan High School in Chicago, Ill., and afterwards entered the Illinois Institute of Art. He was also a member of the Fort Wayne Voices of Unity Youth Choir where he developed his passion for singing and performed as a soloist throughout Chicago, Ill., under the stage name "J.B. the Socialite". He wored for the Chicago Public Library as an audio engineer and held various other positions notably as a cargo handler at Chicago O'Hare airport, as a staff member of the Fort Wayne Urban League and most recently as a glazier apprentice at Hall Aluminum Products. Surviving are his parents, Kamari and Kathryn Mbwelera; brothers, Jocquell and Jonathan Brownlee. Memorial Service is 11 a.m. Friday, Aug. 30, 2019, at the Abundant Love Christian Worship Center, 2615 New Haven Ave., Fort Wayne.
Published by Fort Wayne Newspapers on Aug. 29, 2019.
To plant trees in memory, please visit the Sympathy Store.
MEMORIAL EVENTS
Aug
30
Memorial service
11:00a.m.
Abundant Love Christian Worship Center
2615 New Haven Ave., Fort Wayne, IN
MAKE A DONATION
MEMORIES & CONDOLENCES
4 Entries
Thomas Davenport
August 30, 2019
We are truly sorry for your loss. Jabari will always be remembered and forever etched in our memory as an awesome young man.
-- Voices of Unity-Perry Family
Greg & Candy Perry
August 30, 2019
Our sincere condolences to the Mbwelera family. May the Lord comfort your hearts during this season. Your family has and will be in our prayers.
Pastors Lawrence and Vanessa Custard
Friend
August 30, 2019
We are deeply touched by Jabri's departure. We pray for God's love to bring supernatural comfort to his parents and all his family and friends.
Jane Wilson
August 29, 2019
Showing 1 - 4 of 4 results