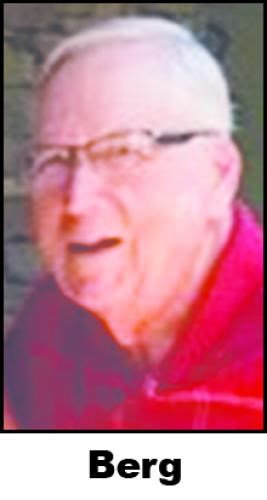 BORN
1939
DIED
2019
FUNERAL HOME
Pinnington Funeral & Cremation Services
502 N. Main Street
Auburn, IN
WILLIAM "BILL" BERG, passed away peacefully Friday, May 24, 2019, at home with his wife by his side following an extended illness. Bill was born June 22, 1939, in Detroit, Mich., a son of the late Hubert and Marion Berg. He moved to Fort Wayne in 1948 and was a 1957 graduate of South Side High School. Fort Wayne was where Bill began his golfing career, working for the Fort Wayne Parks and Recreation Department. He saw McMillen Park Golf Course through its initial construction in 1962 and its first few years of operation. He then moved to Foster Park Golf Course where he was the Pro and instrumental in lengthening the course and constructing new greens. He joined the PGA of America in 1959 where he started playing on tour around the United States. Traveling and playing golf was Bill's desire and what he loved. He was an excellent player even beating Arnold Palmer by two strokes in an exhibition game at Cedar Creek Golf Course in 1971, a highlight for Bill. Later in Bill's career he was operational manager for ten golf courses in Florida, New York, Oklahoma, Phoenix and Pennsylvania. After retirement, Bill and Michelle moved to Blairsville, Ga., but he still had his hand in the golf industry. He was the General Manager /PGA pro at Butternut Creek GC as well as a teaching pro at Old Union GC and Mountain Harbour in Hayesville, N.C. "Many students and friends will surely miss his teaching, his thumbs up, his high fives and how he helped them learn the game of golf - his passion." Along with golf, Bill's winter sport was hockey. He was very involved in starting Junior hockey in Fort Wayne with his involvement in the Pepsi Jr. Komets. He loved watching and cheering for his Tampa Bay Lightning! Bill loved the Lord and his praise and worship time with church family where you could hear him say loudly, AMEN! Surviving are his loving wife and best friend of 32 years, Michelle; son, William H. (Rhonda) Berg of Fort Wayne; daughters, Jamie S. (Gary) Hall of South Bend, and Susan E. Matteson - Thomas of Fort Wayne; five grandchildren; and three great-grandchildren; and several nieces and nephews. He was preceded in death by his parents; an infant son, William David; brother, Richard Berg; and a son-in-law, Bradley Matteson. A celebration of life is 2 p.m. Sunday, June 2, 2019, at the House of Prayer Church, Blairsville, Ga. The Rev. Jerry Helton officiating. In lieu of flowers the family requests donations be made to the House of Prayer Church in memorial of Bill Berg. Arrangements by Pinnington Funeral & Cremation Services, Auburn, Ind. To sign the online guest book, visit www.pinningtonfh.com