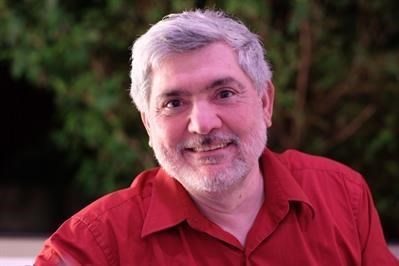 Dr. Klar was born April 1, 1947 in Punjab, India, to Sardar Kehar Singh and Sardarni Dalip Kaur. On the strength of his intellect and tireless efforts, he was awarded a scholarship to Brandeis University and then furthered his training at the University of Wisconsin and the University of California, Berkeley.

He then began his career with seminal breakthroughs at Cold Spring Harbor Laboratory, where he worked with Nobel Laureates Drs. James Watson and Barbara McClintock, before being recruited to the National Institutes of Health in Frederick in 1988.

His prolific scientific accomplishments included contributions to leading journals such as Science and Nature. Over the past 30 years his dedication to research and education across the globe have led him to forge his own illustrious career and become known as "The Father of Epigenetics."

Since moving to Frederick, Dr. Klar has lived in the same home with his wife, Kuljit Kaur, where they raised their two daughters, Nitasha and Amy. He loved spending time with his family and playing tennis with his daughters, who both played for Urbana High School. He was immensely proud to see both of his daughters excel in their own careers and become physicians. Last year he celebrated the weddings of both of his daughters and welcomed his new sons Drs. Sukhjeet Batth and Jaspreet Sidhu into the family.

He also enjoyed spending time with family and friends throughout the D.C. and Baltimore area. He had a special talent for befriending anyone he met within seconds and sharing his passions with them.

Family and friends would agree that Amar had contagious enthusiasm about work and life. "To live in hearts of those we leave behind is not to die". His spirit will live on forever.

We invite family and friends to share their remembrances and messages to the family at AmarKlar.com online.
Published by The Frederick News-Post from Mar. 7 to Mar. 8, 2017.
To plant trees in memory, please visit the Sympathy Store.
MEMORIAL EVENTS
Mar
10
Funeral service
12:00p.m. - 2:00p.m.
Donaldson Funeral Home & Crematory
1411 Annapolis Road, Odenton, MD
Mar
10
Service
4:00p.m. - 6:00p.m.
Guru Nanak Foundation of America Gurdwara
12917 Old Columbia Pike, Silver Spring, MD
Funeral services provided by:
Donaldson Funeral Home & Crematory
MAKE A DONATION
MEMORIES & CONDOLENCES
Sponsored by Donaldson Funeral Home & Crematory.
28 Entries
A horrific loss to his family and to the vast world of science.
Gil Smith
Coworker
May 17, 2017
I was privileged to know Amar as a colleague, a mentor and a valued friend. I will miss him sorely, but more than that the world of Science has lost a true and insightful member at the height of his investigative and integrative powers.
Gil Smith
May 17, 2017
I will never gorget him and all the little details that are personal and important for me.
One thing, I lost 200 tennis games against him but He and I were always ready to play a new game.
I loved you Amar.
benoit
Benoit Arcangioli
May 6, 2017 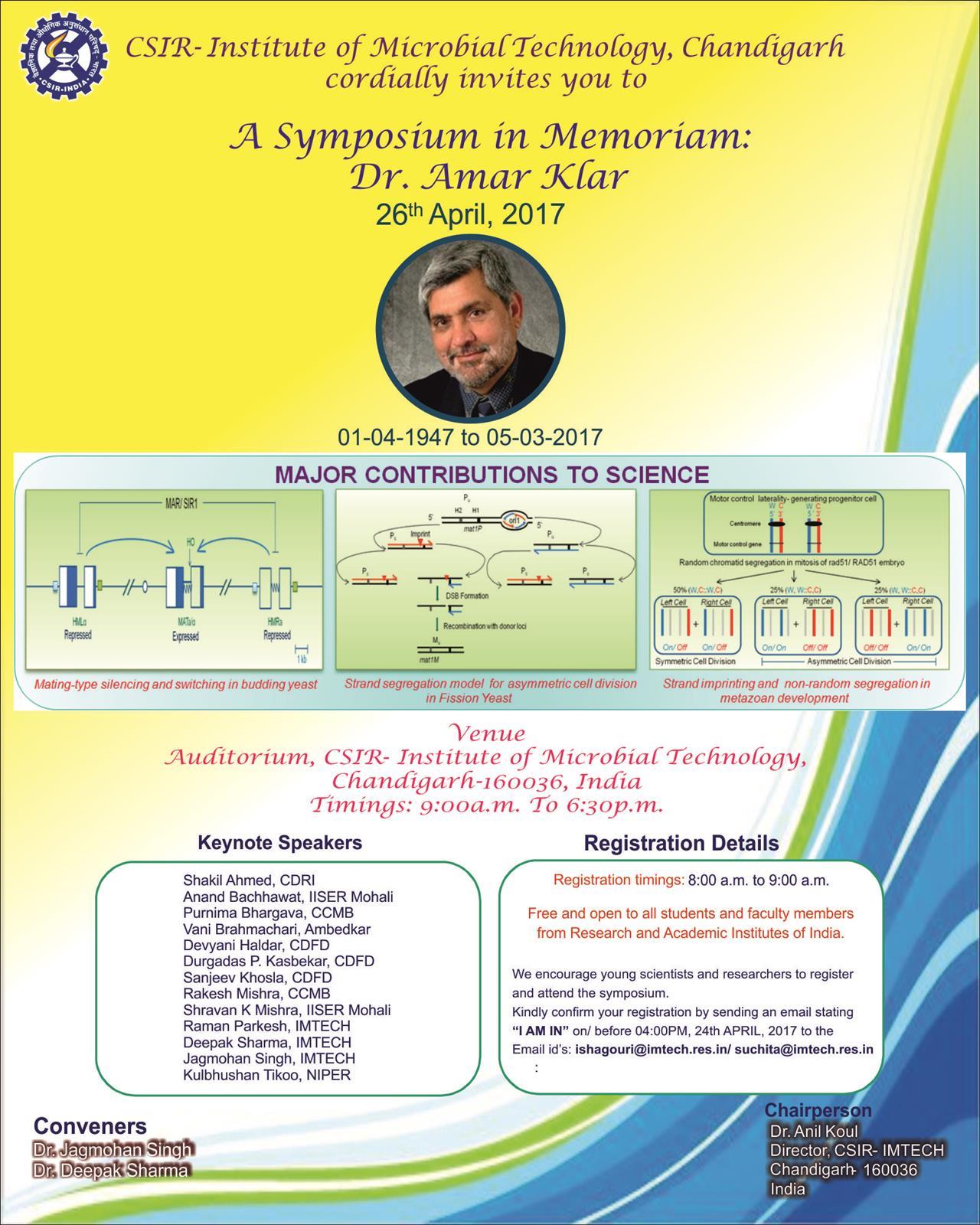 I was lucky to be hired as a post-doc by Amar as he shifted from Cold Spring Harbor to NCI Frederick. Working with him was the greatest learning experience for me. He had the most clear headed and unclouded intellect which shone through his apparently down to earth demeanor. He could relate equally well with a Nobel laureate or a student or to a lay person. What I learnt from him was not only valuable at a professional level but also serve as a life lesson. His memory will keep shining through and inspiring me. My heart reaches out to Kuljit, Natasha and Amy in their moment of grief. No one can fill the void left in their lives by his untimely death but they should take pride in the fact that coming from a humble background Amar became a world class scientist, respected by one and all.
Jagmohan Singh
April 27, 2017
I first met Amar when he came from Prof. Harlyn Halvorson's lab at the Univ. Wisconsin, Madison, to do postdoctoral work with Prof. Seymour Fogel in the then-Dept. of Genetics here at UC Berkeley. Amar had an infectious enthusiasm for science, and genetics especially, but also for life in general. It was always a pleasure to engage with Amar and therein began a very long friendship. I am deeply saddened that I will no longer be able to enjoy the stimulation of his creative and fertile mind. My most heartfelt condolences go out to his loving wife and two amazing daughters, of whose accomplishments I know Amar was exceedingly proud.
Jeremy Thorner
Friend
April 12, 2017
So sad to hear about Amar's passing. He was a wonderful man and great scientist that I had the pleasure of working with for many years at Ft. Detrick. We had many conversations and he was always anxious to discuss his research, especially about left-handedness. I send my sincere condolences to his dear family and lab mates.
Joey Hopkins
April 12, 2017
Dr. Klar will be sorely missed. I had the pleasure of knowing him and listening to some of the results of his brilliant research for 20 years. My condolences to his family. He was a wonderful and incredibly smart and funny man.
Behnaz Yalda
March 29, 2017
My heartfelt condolences to dear Kuljit, Nitashia & Amy from your Realtor, Diane Miller Marsden. When I sold your family your home in 1988 I was blessed to feel like a part of your so very happy family. Amar had a spectacular sense of humor that brought a hearty laugh & bright smile to all around him. I can only imagine the tremendous loss you must all be feeling. Kuljit, if ever I can help you in any way, please feel free to call me at 301-698-9000 O or cell 301-639-7071.
March 18, 2017 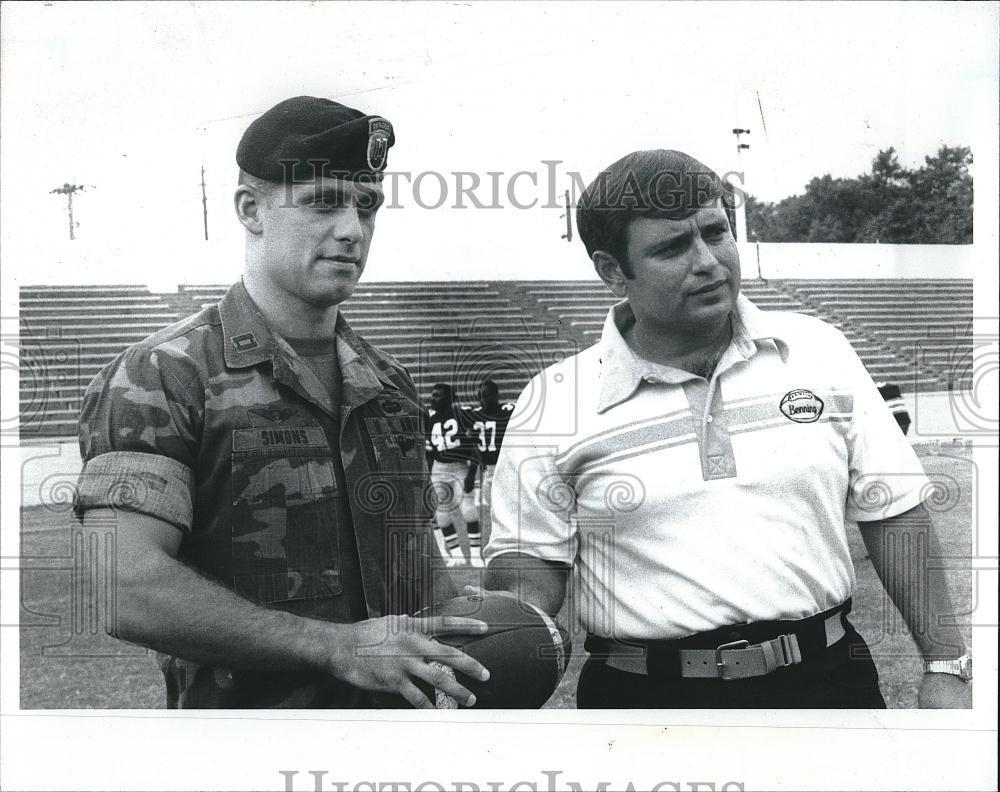 My condolences and prayers to the family. Amar and Kuljit were my workout buddies at Ft Detrick and we will miss him. GOD Bless.
Ralph Santaliz
March 14, 2017 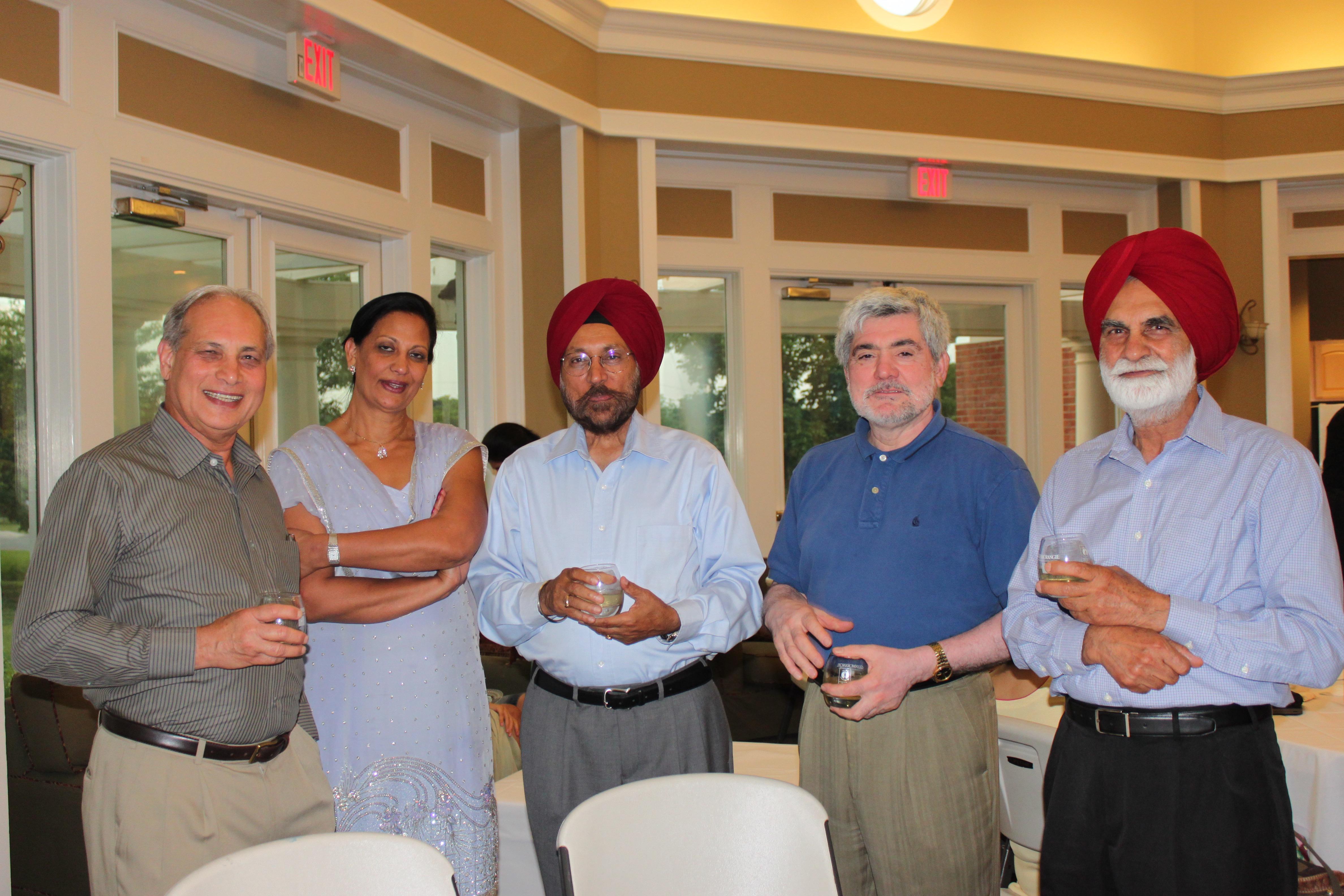 March 11, 2017
I am deeply saddened to learn that my friend Amar Klar passed away on March 5th, 2017. I had known Amar Klar as fellow yeast geneticist since 1960's. I met him in person at Cold Spring Harbor Laboratory some time in 1970's. Amar was dedicated scientist and a clear thinker. Since I worked as professor of genetics at Brooklyn College, I always kept in touch with Amar for his advice in my research. I invited Amar at Brooklyn College to give a seminar to our graduate students and faculty. He presented his work on " mating-type switch in yeast" and it was well received. I will miss Amar as a friend and colleague!
Nasim Khan
Friend
March 10, 2017
I was very lucky to be working under Amar's guidance at the NCI between 2008 and 2013. He will be remembered as an extremely kind person with a razor-sharp mind and a good sense of humour. Working in Amar's laboratory was both intellectually challenging and great fun. What a blessing that Amar has been in my life, he will be missed!
Stephan Sauer
March 10, 2017 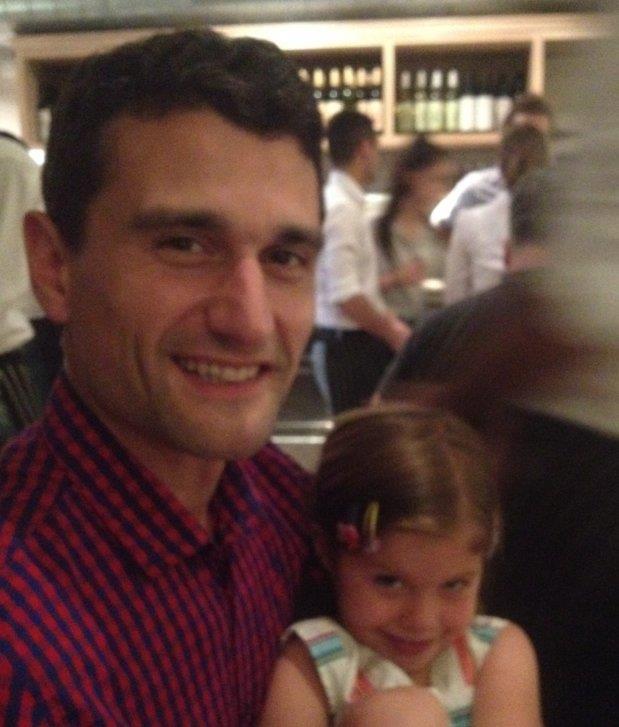 I was very lucky to be working under Amar's guidance at the NCI between 2008 and 2013. He will be remembered as an extremely kind person with a razor-sharp mind and a good sense of humour. Working in Amar's laboratory was both intellectually challenging and great fun. What a blessing that Amar has been in my life, he will be missed!
Stephan Sauer
March 10, 2017
The brilliant light that you will always be. My little kids said to me today. "Don't cry mom, when we get older, we will finish Dr. Amar's work, and we will fight for his ideas. He will be remembered forever, don't cry... - Honored of being your friend, thanks for being mine. I will finish your painting and I will give it to the friend you have asked it for. Ah, I have cried so much today.
Nereida, Anna & Carlota Guillen
March 9, 2017
Amar was one of the most imaginative and enthusiastic scientists I have known. His many contributions, both intellectual and personal, made genetics a stimulating and rewarding area in which to work. Our memories of him will last long and be an inspiration to us all.
Gerry Smith
March 9, 2017
Mamaji, thank you for all the love and support you gave me through the years. We'll miss your trips to California and exploring wineries in Napa. Thank you for being there for all our milestones. We'll miss you dearly.
Jagmohan Batth
Family
March 10, 2017
I miss you dearly Grandmamaji. The world just seems like a less jolly place without your presence. Your passion for science influenced my desire to study science as well. Though you are gone, you will never be forgotten. Love you!
Missy Batth
Family
March 10, 2017
RIP Amar
karen stefanisko
March 9, 2017 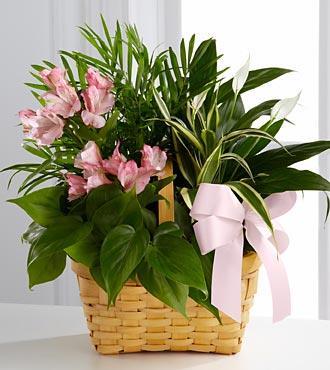 James Moore
March 9, 2017
Jessie Saini
March 9, 2017
I am very sorry and sad. How could you die? Your birthday was going to be this April 1st! I was doing your painting. Please receive my sincere condolences for your friends, your wife and your two daughters, your family. I cannot stop crying. Thanks for being my friend. I'm so sorry
Nereida Guillen
March 9, 2017
There Will be a void left here. Amar's friendship and his energy will be always here with us!
Surinder Chopra
March 8, 2017 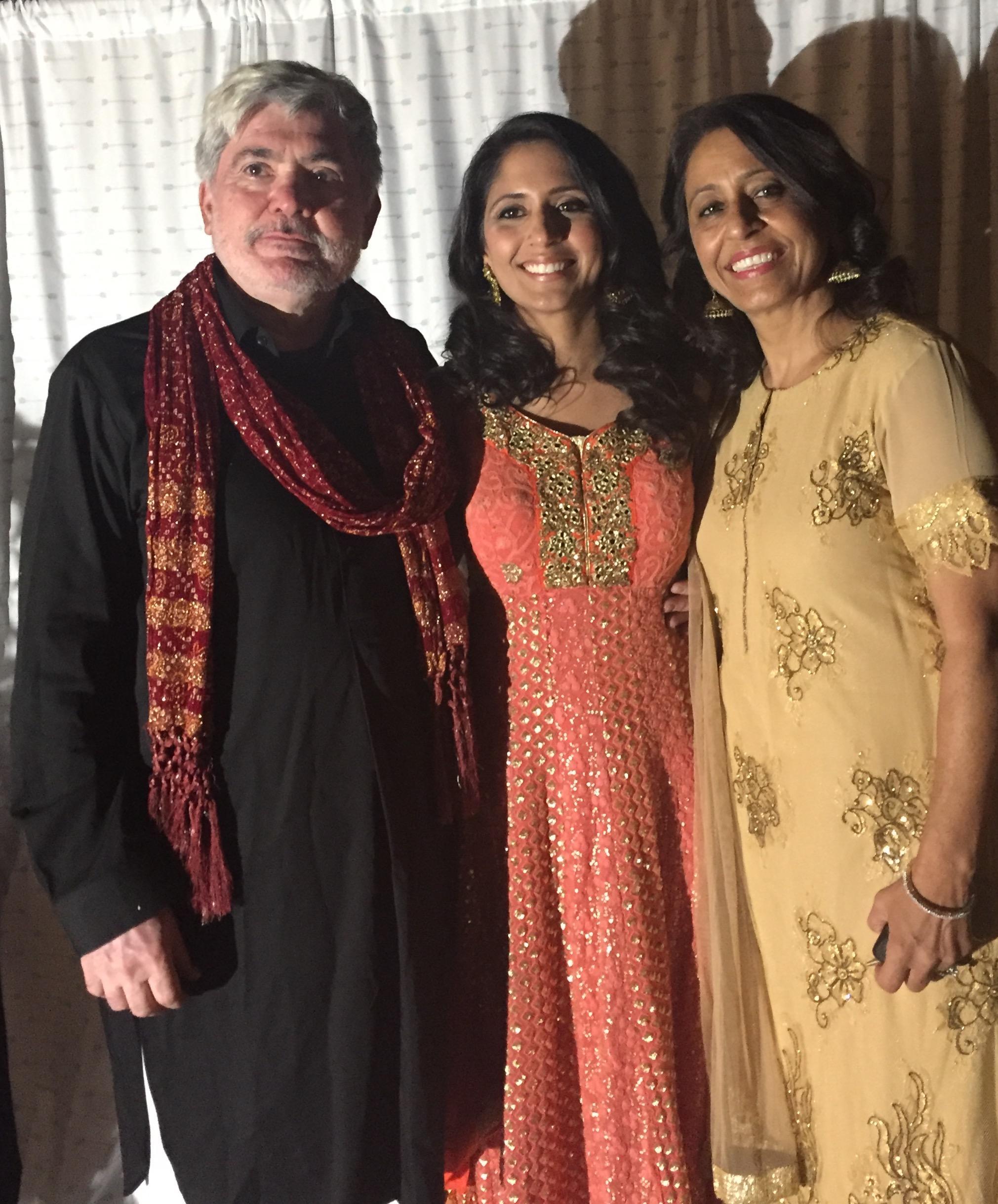 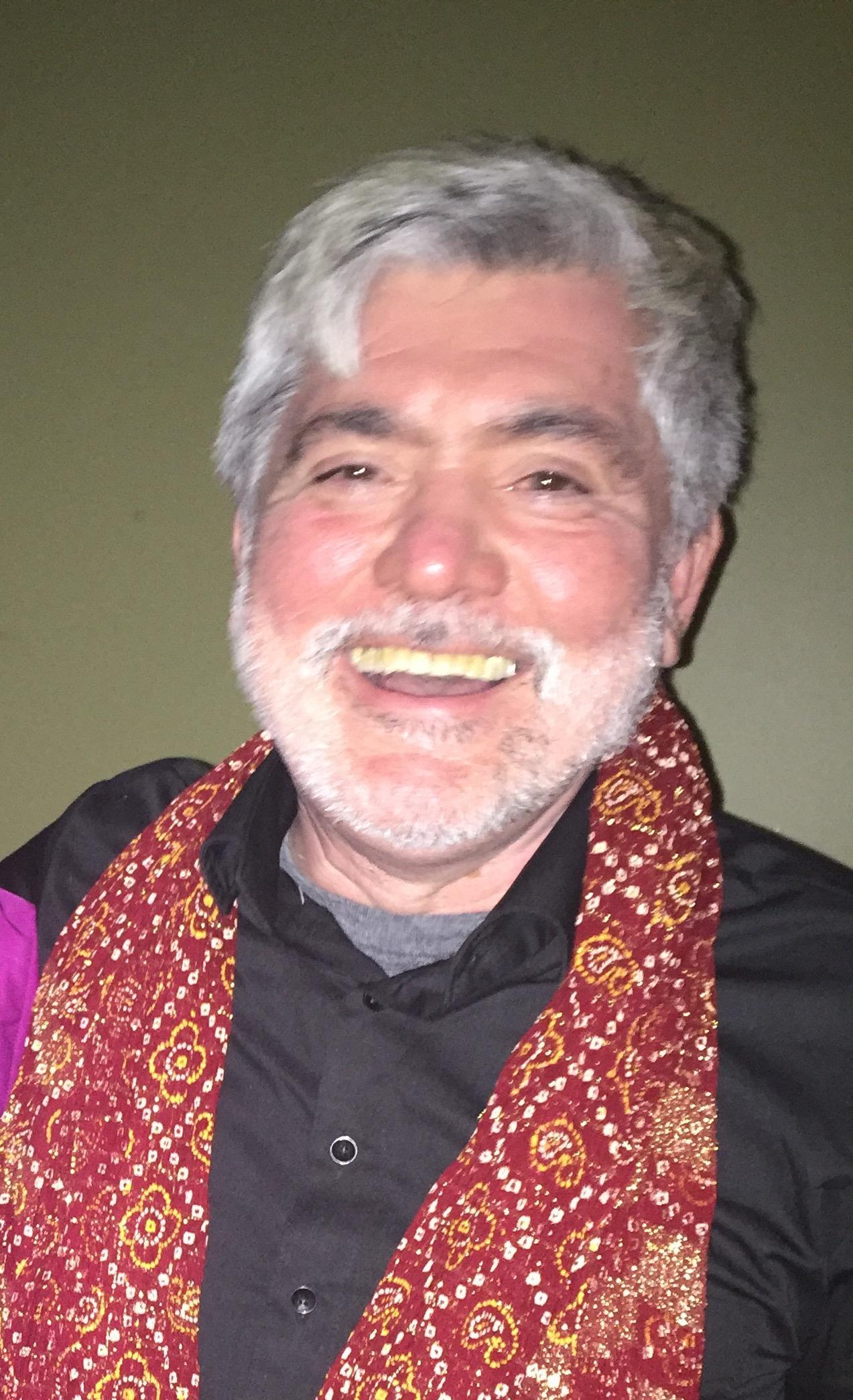 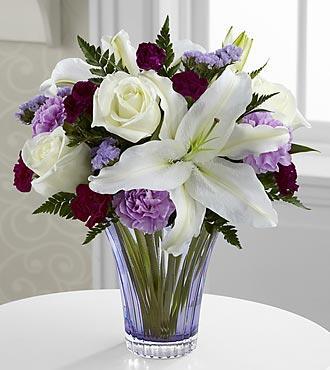 Nadya Tarasova
March 7, 2017
Amar is a very beautiful, beautiful man. I am honored and privileged to have been his friend. He lived life to the fullest. I will never forget.
Larry K
Brother
March 8, 2017
Never met a more constitutively enthusiastic and curious scientist. Amar was also one of the first people I met in the field as I interviewed with him for graduate school when he was at CSHL. He asked me a ton of questions about my research into the developmental biology of the slime mold I was studying at the time. He was just brilliant! My deepest condolences to his family, friends, and colleagues.
Adam Bailis
March 7, 2017
Showing 1 - 28 of 28 results