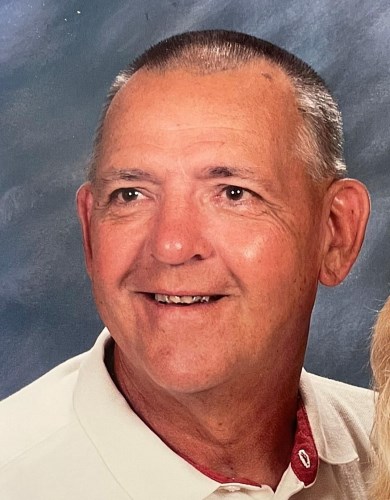 Tony was a graduate of Brunswick High School class of 1959. He was involved in many sports including basketball, baseball and soccer. He served his country in the United States Air Force from 1960 to 1964 at Sheppard Air Force Base, TX.

He retired in 1996 from Safeway as a meat cutter and head nigh stocker after 30 years of service. Tony was a devout Catholic and a member of St. Francis of Assisi and St. Mary Catholic Church. He was a prior member of the Fraternal Order of the Eagles 1136, American Legion and Moose. He enjoyed playing golf, softball, coaching women's softball and Little League Baseball, spending time with this treasured grandchildren and great grandchildren and attending their sporting events. Tony was an avid fan of the Baltimore Orioles, Colts, Ravens and the Dallas Cowboys.

Tony will be remembered by many friends and family.

The family will receive friends at the Stauffer Funeral Home, 1100 N. Maple Ave., Brunswick, on Wednesday, October 13, 2021 from 3-5PM and 7-9PM. Mass of Christian Burial will be celebrated on Thursday, October 14, 2021 at Holy Family Catholic Community Church, 7321 Burkittsville Road, Middletown, MD 21769. Rev. Msgr. Robert J. Jaskot will be the celebrant.

Interment will be private.

Expressions of sympathy may be offered to the family at www.staufferfuneralhome.com.

Published by The Frederick News-Post from Oct. 11 to Oct. 12, 2021.
To plant trees in memory, please visit the Sympathy Store.
MEMORIAL EVENTS
Oct
13
Visitation
3:00p.m. - 5:00p.m.
Stauffer Funeral Home Brunswick
1100 North Maple Avenue, Brunswick, MD
Oct
13
Visitation
7:00p.m. - 9:00p.m.
Stauffer Funeral Home Brunswick
1100 North Maple Avenue, Brunswick, MD
Oct
14
Mass of Christian Burial
Holy Family Catholic Community
7321 Burkittsville Road, Middletown, MD
Funeral services provided by:
Stauffer Funeral Home
MAKE A DONATION
MEMORIES & CONDOLENCES
Sponsored by Stauffer Funeral Home.
7 Entries
My Prayers are with the family of Tony Walker.
Debbie Care
October 14, 2021
My deepest condolences to the family. I am just seeing the obituary, or I would have come to the funeral. My Dad, John Jenkins was Aunt Ag's brother, and he loved Buddy and Tony like little brothers. Buddy and Tony ran into the church, right before Dad's funeral service in 1999, and begged my mom to let them put a fifth of whiskey in the coffin. The last time I saw Tony was at Aunt Ag's funeral. We will continue to pray for his beloved family.
Carolyn Jenkins Heimrich
October 14, 2021
My condolences, sending up prayers for peace in the hearts of his family and friends.
Stevie
Other
October 13, 2021
So sorry for your loss. Tony will be missed but not forgotten. May he rest in eternal peace. Remember all the good times.
Richard "Pickle" Biller
Friend
October 12, 2021
We are so sorry for your loss. May your wonderful memories of joyful times together comfort you in this time of grief.
Hilary Harris and Ronald Kelley
Family
October 11, 2021
My deepest condolences and prayers for Mr. Walker's family and friends. His community in Jefferson MD will miss him. May he now rest in his eternal home in the arms of his Heavenly Father.
Becky Fowler
Other
October 11, 2021
Walker family we are sorry for your loss. Prayers for comfort and peace. Love & Hugs to all.
Nancy & Roger Walker
Friend
October 11, 2021
Showing 1 - 7 of 7 results