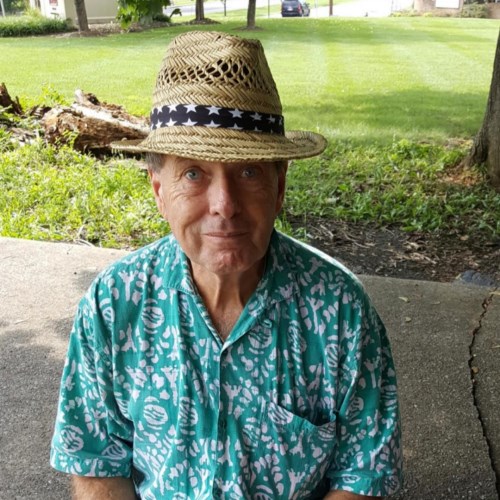 He was raised in Marion, OH and attended Marion Catholic High School.

He was preceded in death by his parents Carl Joseph Allen and Mary Jane Hatch, his sister Beth Kinzler and his grandson Matthew Love.

He had many jobs throughout the years but was most proud of his time working at the company co-founded by his father, Allied Plastics. Later in life, he lived out a dream and opened a pit beef restaurant, "Bud's Beef" in Pensacola, Florida.

Brad would do anything he could for a friend, and he had a lot of them by the end. He lived for making people laugh and for negotiating, often while wearing his signature straw fedora. He is deeply loved and will be sorely missed.

We love you, Dad. We're glad your ride finally came.

Services will be held at a later date.

Donald B. Thompson Funeral Home, Middletown, was in charge of arrangements.

Published by The Frederick News-Post from Nov. 22 to Nov. 23, 2021.
To plant trees in memory, please visit the Sympathy Store.
MEMORIAL EVENTS
To offer your sympathy during this difficult time, you can now have memorial trees planted in a National Forest in memory of your loved one.
Funeral services provided by:
Donald B. Thompson Funeral Home
MAKE A DONATION
MEMORIES & CONDOLENCES
Sponsored by Donald B. Thompson Funeral Home.
1 Entry
Goodbye my old friend. Sorry we lost touch. My sincerest condolences to the family.
Jim Dixon
Friend
November 23, 2021
Showing 1 - 1 of 1 results