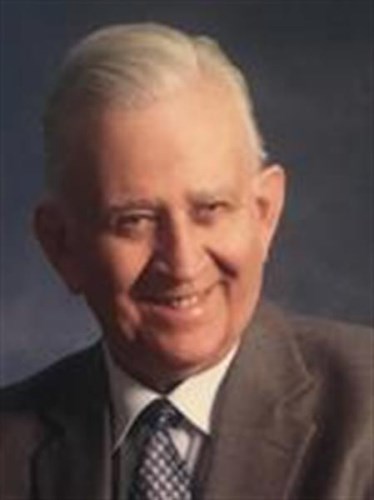 BORN
1929
DIED
2020
George, better known as Mal, passed peacefully on September 20, 2020 surrounded by family. Mal was born in Buffalo, NY on September 6, 1929 to the late George Malcolm Stickney and Elizabeth (Mercereau) Stickney. He was the loving husband, for 43 years, of Mary Elizabeth "Tem" Stickney (TenBroeck). He was a resident of Frederick, MD, formerly of Hackettstown, NJ.

He was preceded in death by his wife, Tem, sister, Elizabeth Newkirk and his companion of recent years, Blanche Diffenderfer.

He graduated from Hackettstown High School in Hackettstown, NJ 1948 then graduated from Blair Academy in Blairstown, NJ in 1949. Mal worked for the government for 40 years, first at Picatinny Arsenal in Dover, NJ then for Defense Mapping Agency in Bethesda, MD. He was a member of Trinity United Methodist Church in Frederick, MD.

Mal & his wife enjoyed square dancing for many years with the Gateway Swingers, trailer camping, traveling and spending time with family. His favorite camping experience was traveling to Wyoming with Tem to work for Grand Teton Lodge in 2000. Mal had a great sense of humor that made everyone laugh, he loved making people happy. He was a devoted Redskins fan, had a passion for creating art with watercolors and reading. He enjoyed spending time with his grandchildren & great grandchildren, they brought him so much joy.

Mal will be laid to rest in Cedar Park Cemetery in Hudson, NY.

The family would like to thank Hospice, and all the special nurses and CNA staff on 3G at Frederick Memorial who cared for him through his final days, they were all wonderful.

In lieu of flowers, he requested donations be made to one of the following organizations:

Trinity UMC, Diabetes Assoc., Frederick Health Hospice, Wounded Warriors, Yosemite Nat.'l Park, American Heart Assoc., Shriners Hospital, Police Survivors Fund
Published by The Frederick News-Post from Sep. 23 to Sep. 24, 2020.
To plant trees in memory, please visit the Sympathy Store.
MEMORIAL EVENTS
To offer your sympathy during this difficult time, you can now have memorial trees planted in a National Forest in memory of your loved one.
MAKE A DONATION
Please consider a donation as requested by the family.
MEMORIES & CONDOLENCES
2 Entries
May the love of friends and family carry you through your grief.
Robert Smith
October 16, 2020
Miss you Daddy, it's quiet around here. Give Mom a hug & kiss and watch over us. We'll all see you again someday. Love you
Nancy DeGrange
Daughter
September 23, 2020
Showing 1 - 2 of 2 results