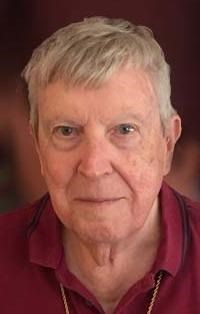 Born September 30, 1929, in Cleveland, OH, he was the son of the late William John and Mary Lindesmith Grisez. He was the husband of Jeannette Grisez, who died in February 2005.

Professor Grisez's undergraduate studies were at John Carroll University, Cleveland, and he received his PhD in Philosophy from the University of Chicago. He taught at Georgetown University; at Campion College, Saskatchewan, Canada; and for thirty years at Mount Saint Mary's University in Emmitsburg, Maryland, as the Most Rev. Harry J. Flynn Professor of Christian Ethics.

He wrote many books and articles throughout his teaching career, and these are his legacy. His work has helped shaped the thinking of ethicists, legal theorists, and theologians, and remains influential especially in the Roman Catholic Church. He has kept in contact with associates around the world, and colleagues have organized conferences devoted to his thought. A compilation of his numerous works can be found on his website, www.twotlj.org.

He and his wife enjoyed travelling and hiking at many state and national parks. Surviving, are three sons, Thomas Grisez of Annapolis, James Grisez and wife Dee of Seattle, WA, and Paul and Linda Grisez of Oxford; 12 grandchildren; and 23 great-grandchildren.

In addition to his parents and wife, he was predeceased by a son, Joseph Grisez, in 1980; granddaughter, Michelle Grisez, in 1984; and eight siblings.

A mass of Christian burial will be celebrated on Tuesday, February 6, at 11 a.m. at St. Anthony Shrine Roman Catholic Church, 16150 St. Anthony Rd., Emmitsburg. Father Peter Ryan, S.J., and Father Collin Poston will be the concelebrants. Interment will follow in St. Anthony's Cemetery.

In lieu of flowers, memorial contributions may be made to those in need.

The family invites you to leave a message or memory on our "tribute wall" at www.hartzlerfuneralhome.com.
Published by The Frederick News-Post from Feb. 2 to Feb. 3, 2018.
To plant trees in memory, please visit the Sympathy Store.
MEMORIAL EVENTS
Feb
4
Visitation
1:00p.m. - 5:00p.m.
Hartzler Funeral Home
404 South Main Street, Woodsboro, MD
Feb
6
Mass of Christian Burial
11:00a.m.
St. Anthony Shrine Roman Catholic Church
16150 St. Anthony Rd, Emmitsburg, MD
Feb
6
Interment
St. Anthony's Cemetery
MD
Funeral services provided by:
Hartzler Funeral Home
MAKE A DONATION
MEMORIES & CONDOLENCES
Sponsored by Hartzler Funeral Home Woodsboro.
7 Entries
Thankful for Germains wisdom and talents through his writing. Blessed be God in Germain!
Ivi Latronica
February 7, 2018
Thank you, Dr. Grisez, for your courageous moral witness to the truth of the Gospel of Jesus Christ. You have influenced my own work in moral theology, and provide for me, as a layman, an example of the kind of beautiful, faithful theology that can be done as a true service to the Church.

You have taught me how to be a faithful layman, a faithful moral theologian, and a witness to the Gospel while working quietly with perseverance and joy.

To the whole family, please be assured of my prayers in this time of grief, and hope for the beautiful reward of the presence of Christ, for whom Germain spent his career.
John Sikorski
February 5, 2018
Dear Tom, Jim, Paul, and family, So sorry for the loss of your dad. I always heard the stories of your dad through Joe, my classmate and friend from St. Jude's. My condolences and prayers are with your families at this time, and please know your dad was a truly great man who loved your family and those he was privileged to teach very much. He leaves a true legacy, especially at the Mount. Take care,
Chris Colburn
Chris Colburn
February 5, 2018
DEAR TOM,
SORRY TO HEAR ABOUT YOUR FATHER'S DEATH.
I REMEMBER YOU FROM GOOD COUNSEL IN 9TH GRADE.
THE SCHOOL MOVED OUT TO OLNEY MARYLAND AND APTS. ARE IN ITS PLACE IN BOOMING DOWNTOWN WHEATON, MD. AND SO WE MEET AGAIN MANY YEARS LATER VIA THE INTERNET. I HOPE YOU'RE READING THE WORD OF GOD, THE BIBLE, REGULARLY. IT IS THE TRUTH AND SHOWS US THE PATH TO ETERNAL LIFE.
WISHING YOU COMFORT AT THIS TIME, AND SENDING YOU GOOD MEMORIES OF TIMES PAST.

RICK QUINN,
WHEATON, MARYLAND
February 3, 2018
I was privileged to have him as my teacher in Moral Theology at the Mount. Be sure of my prayers and sincere sympathy extended to you all. I will offer Holy Mass for him on Monday the 5th in gratitude.
Fr Gary Belliveau, Mt St Mary Seminary class of 1985.
Fr Gary Belliveau
February 3, 2018
My condolences to the family. May the peace of God and the fond memories you cherish comfort and sustain you in your time of need.
-RM
February 3, 2018
Please accept my Sincere condolences on the loss of your dear love one. The Bible provides much comfort and hope for the bereaved and it talks about a time when death will be gone forever!
February 3, 2018
Showing 1 - 7 of 7 results