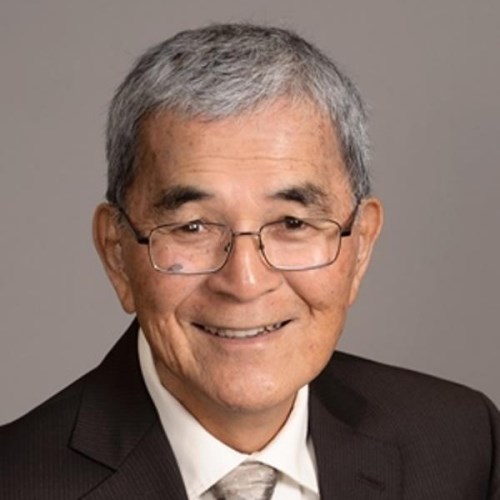 He is the son of Tomojiro and Haruno (Kusada) Furukawa. Born in Ookala Hawaii, he spent his childhood in Lahaina on Maui. He is a 1949 graduate of Lahaina Luna High school. He had 10 siblings.

In 1951 he served in the US Army's 3rd infantry division during the Korean War. Mitsuo was never one to talk about his military service. During his 9 months of combat in Korea, he had several assignments, including being part of a heavy weapons company and a truck driver. He also served as a translator for the US Army. While a translator he was assigned to a forward position with as part of a two man team who called in artillery support for the South Korean forces.

Once he returned from combat, he was assigned to Schofield Barracks in Hawaii. While there awaiting his discharge, he participated as an extra in the movie "From Here to Eternity" with Frank Sinatra, Burt Lancaster, and Debra Kerr. His favorite stories from the film are his participation in an Army team that set-up and activated pyrotechnic effects for the film and meeting Frank Sinatra and Burt Lancaster.

After the war he lived in North Dakota, Missouri, Nebraska, and Illinois before moving to Lansdale PA. In 1958 Mitsuo settled in Greencastle PA, living at the Dixie Motel. He worked for AM CHICK in the chicken hatching industry, working at hatcheries all over PA and MD, retiring in 1995. He was an active member of the Greencastle Church of the Brethren. His hobbies included a love of all things history, including American History, WWII, and Japanese history. He also was an avid sports fan.

He is survived by his wife of 52 years, Sally (Zook) Furukawa, Children: Jennifer (Furukawa) and Christopher Dixon of Frederick MD, Joel and Veronica (Mills) Furukawa of Hagerstown MD, and Jonathan and Lisa (Murray) Furukawa of Manheim PA. He has 5 Grandchildren: Gabrielle, CJ, Annika, Ryan, and Shay. 3 Great Grandchildren: Keyonah, Lincoln, and Amarra. He is also survived by his sister Harumi "Haru" (Furukawa) Hiraga of Honolulu and brother Stanley Furukawa of Honolulu.

A memorial service will be held on Dec 4th at 11am at the Greencastle Church of the Brethren, 36 S Carlisle St, Greencastle PA 17225

In lieu of flowers, please send donations to the American Cancer Society or Greencastle Church of the Brethren.